<p>Turning everyday objects, such as thermostats and streetlights, into smart connected devices has lots of potential if businesses and cities can find the killer apps.</p>

First, computers and people were connected to the Internet. Quickly, though, it's becoming an Internet of Things. The idea of connecting millions or billions of devices to the Internet certainly is not new, but it's became more mainstream with the release of consumer-oriented products such as the Nest connected thermostat and Nike FuelBand fitness tracker.

It's still early days, but it's already clear that businesses and cities can benefit from connected machines in tangible ways. To make the buzzwords around the Internet of Things more concrete, we offer this explainer.

What is the Internet of Things?

There is not one technical definition but the general idea is that objects we don't consider "computers" can receive and send data over a network. The tech industry has been touting this notion for many years but cheaper sensors, wireless networking technology and the emergence of powerful cloud computing platforms have opened up a number of new applications for smart, connected objects.

Some examples include LED lightbulbs that can connect to a company network for more fine-grain control, cars that report performance data and sensors attached to municipal water pipes to conserve water and spot problems. Smart phones, too, often include sensing capabilities to monitor location or movement.

Why should a business or city care about the Internet of Things?

By gathering more data on their operations, cities and businesses have the potential to use resources more efficiently. A very obvious example is building energy use. Microsoft installed a network of sensors at its Redmond, Wash., campus as part of an efficiency initiative and now has 500 million data transactions a day to locate equipment problems and optimize its energy use. As more devices get connected — think lighting, building security, thermostats, daylight sensors, meters, air quality monitors — facility managers now have access to reams of data and a new level of control. 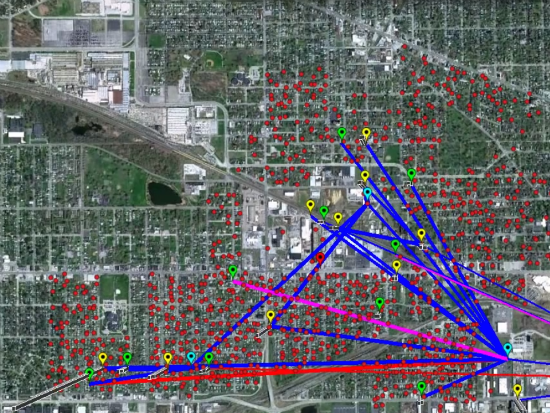 Remote control of connected devices also allows manufacturers to conduct preventive maintenance. For example, a jet engine equipped with sensors can let its maker know when it needs servicing. A company that services air-conditioning units could use remote diagnostics to just visit the buildings with problems, rather than drive out and inspect all equipment on a monthly schedule.

In cities, the Internet of Things can improve efficiency and the quality of life for people. Air-quality sensors could communicate which parts of the city have ozone alerts, which would be useful to people who have workers outside or to a bike commuter seeking the best route to work, said Daniel Castro, director of the Center for Data Innovation and a senior analyst at the Information Technology and Innovation Foundation.

Using water monitors, city officials in New York City were able to detect which restaurants were dumping illegally into the sewers, Castro said. Having that information right away, rather than several months from now based on a tip, allows them to address problems immediately.

Where does Big Data come into the picture?

Data collection and analytics go hand-in-hand with the Internet of Things. Monitors at a water distribution plant could provide an alert for a water main break on the network, but locating the source of the problem is a data integration problem, said Castro. For example, a city could map 311 complaint calls to help find the location or query other city applications to try to determine if street construction is the source of the problem. In general, larger cities are pioneering efforts because they have the resources, he said.

In renewable energy, General Electric has developed a line of wind turbines equipped with sensors and controls to boost the output of turbines and better integrate wind power into the grid. In a test in Colorado, data from weather forecasts is combined with up-to-the-minute wind sensor data from turbines to create very accurate forecasts for the wind farms' output. The technology allows wind farm operators to adjust the pitch of turbine blades to get a desired power output and smooth out unexpected dips and spikes of wind power. As part of its Industrial Internet initiative, GE is marrying sensor data with analytics across its product line, from home appliances to medical devices.

How does the Internet of Things advance environmental sustainability?

Instrumenting the physical environment, both in nature and in populated areas, is one of the most promising areas. In Barcelona, Spain, smart parking projects could reduce city air pollutants, while a number of cities, including Paris, are working with smart streetlights to act as distributed sensors. Amsterdam signed a partnership with Cisco to implement smart street lights that would use motion sensors to save energy; the city is also exploring installing other smart objects, such as trash cans that can tell haulers when to come to remove waste. In general, European cities are ahead of their American counterparts in implementing Internet of Things technologies, said Castro. 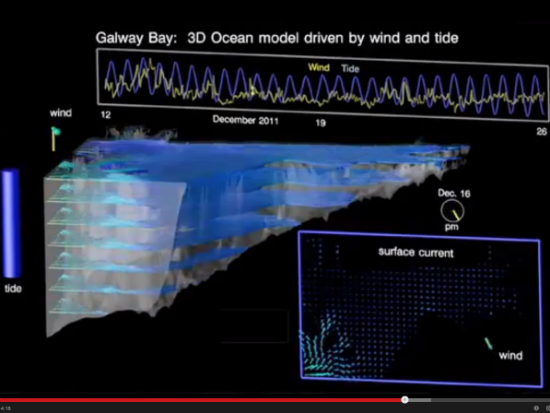 In environmental monitoring, connected sensors can aid in measuring emissions from factories, detect forest fires or aid in agriculture. In Ireland, IBM is designing a system to reduce the amount of water lost through leakage — currently, almost one-third of drinking water is lost during delivery in Dublin. By analyzing pressure sensor data, IBM hopes to come up with recommendations on where to install valves to reduce leakage and schedule pumping to save money on energy.

Because the basic underpinning of the Internet of Things — sensors, networks, computers, data analytics — is so broad, finding out the best uses for the Internet of Things is still a work in progress and very much depends on the industry. But much like when the Web first emerged, commerce is expected to be among the first applications. IDC predicts that the remote monitoring in health will grow by 10 percent per year to $12.4 billion in 2018 and in retail, in-store consumer digital offerings will grow 7 percent per year to $223 million in 2018.

Reality check: What could slow the Internet of Things?

The primary barrier to adoption of the Internet of Things is finding applications with a clear return on investment. In cities, for instance, much of the infrastructure that can be instrumented with sensors is analog and expensive to upgrade, said Castro. Also, the analytics that allow companies and cities to make sense of streams of data is complex and require very specialized data science skills, which can be difficult to find. And as with any emerging technology, some Internet of Things projects will succeed while others will fail. The technology and standards to ensure interoperability are relatively immature compared to Web technologies or enterprise software systems.

Other barriers are the privacy and security issues associated with the Internet of Things. There is some concern that many connected devices, whether smart meters or medical equipment, do not have adequate security protections and personal data can be misused. The risk is that technology providers, in a rush to bring out products in a hot area, will treat security and data privacy as afterthought.

Top image of traffic by Artens via Shutterstock