What you should know about setting ambitious yet realistic sustainability goals

This is part 4 of a 5-part series revealing findings from SustainAbility’s recently released report, Targeting Value, which focuses on how to maximize impact through corporate sustainability goal setting. In this post, we hear from Kevin Moss, global director, Business Center, at the World Resources Institute on science-based targets and the future of sustainability goals.

Sarah McElroy: How can companies set sustainability goals that are ambitious but also realistic?

Kevin Moss: It may not surprise you that I'm going to reject the premise of the question a little bit, partly by saying that to me "realistic" means it solves the problem you're trying to address. So realistic and ambitious actually go together. They are the same thing, not conflicting things; that's how leading companies are thinking about it now. And that brings us to this idea of science- or context-based targets. The key question companies should be asking is not "What is the balance between ambitious and realistic?" The key question is, "What's the problem I'm trying to solve, what is my share of the problem, and how do I do enough to solve my share of the problem?" That should be the starting point.

Let me recognize the challenge, which is: What do you do if the level of change you are to achieve as a company is so much that it puts off your leadership? That's the dilemma faced by the sustainability practitioner; if the magnitude of the challenge is too daunting, the company may not want to acknowledge it.

The other side of the coin is that if companies use this context-based approach, they are no longer setting a moving target. What often happens is the team will set a goal to do 10 percent in the next two years, and then the company achieves that, and the team sets a goal to do another 10 percent, and so on. Eventually the leadership says, "This seems to be never-ending. Why am I bothering to do anything if every time I do something you tell me I've got to do a bit more." The benefits of the science- or context-based targets approach is that the company is saying, "Here's what we have to do, and when we've done this, we've done enough. And we know we have set ourselves up in a way that we can thrive in a resource-constrained environment."

McElroy: Setting a science- or context-based target is often more ambitious than what companies have done in the past. How should companies decide where to focus first?

Moss: The answer is materiality — that is, the issues which have the biggest impact on a company's business and on which their business has the biggest impact. For example, for a company that makes cars, it's great to put solar panels on the roof of the manufacturing facility, but the biggest impact on climate change is the impact of its vehicles on the road. If a company wants to set goals for meaningful change and impact and to ensure the business is fit to exist in a sustainable future, it has to look at its most material impacts.

Companies have historically acted based on where they have the most control. That’s their own operations first, so they start there; next it is the supply chain because they can tell suppliers what to do. However, it may be that the most material impact is the product's use in life. So that's why I say that materiality has to consider both dimensions of which resource category and where in the value chain, particularly including the in-life impact of the product. It's often the least comfortable area, but for many businesses it's actually the most impactful area.

Now, all of that said, there is a lot to be said for a company that is at the beginning of its sustainability journey starting off with manageable, deliverable things. I don't want to discount the importance of doing that. You may not be able to jump from taking no action on sustainability to setting the most ambitious goals for the most material impact of your business. A sustainability manager that is just starting on this journey will want to think about this very differently than if she or his is at a company that’s already got 25 targets and been working on this for 20 years.

McElroy: We started out talking about operational goals. What’s different about setting goals up and down the value chain?

I’m seeing that mostly with the energy sector and the commodity sectors. There are lots of retailers and consumer companies putting pressure on their supply chains that ends up focusing in on a fairly small number of commodity and energy companies, and there’s a point at which it’s incumbent on everybody not to just leave the companies at these pinch points flailing around alone. It’s easy to tell a supplier they have to deliver efficiency, but although there is a long way to go, there will come a point where we can’t just keep squeezing the stone. We’ve got to actually identify where the real problems are. I’m encouraging the companies at those pinch points to be vocal about when they’re feeling that squeeze.

And I’d like to encourage the companies nearer the consumer end to listen carefully to what their suppliers are telling them. There might be some places where we need to look at solving the problem from a demand perspective too, rather than expecting the supply chain to deliver the entire solution.

McElroy: Are you suggesting that some of these issues might require more of a partnership- or coalition-type of approach where a company works with the supplier or maybe multiple suppliers form a coalition to solve a problem?

Moss: I’m even going beyond that. Absolutely, yes, that’s the case. But I think there are two other things we need to be very open and willing to look at.

One is policy solutions. There are situations in which everybody knows what has to be done but nobody wants to go first because a first mover has a short-term competitive disadvantage, especially with sustainability problems, which tend to be medium- to long-term investments. In those situations, I think it is valuable for industry to get together and agree (either themselves voluntarily or with government) to implement policy solutions that change incentives or set an even playing field.

We need to look at solving the problem from a demand perspective too, rather than expecting the supply chain to deliver the entire solution.

The other is, for consumer-facing companies in particular, it is convenient to ignore the consumption problem and simply hope suppliers will somehow manage to sort out the environmental burden of the product, but there is a point at which we can’t keep selling more stuff to more people. Consumer companies have to start looking at more creative ways to make money. None of this means we should take pressure off the supply chain, but the magnitude of change needed requires consumer companies to look at their own business models as well. We have done a lot of work on this at WRI in a paper called "The Elephant in the Boardroom" looking at what companies need to do to thrive in tomorrow's market.

McElroy: Do you think most companies are equipped to figure out what their fair share is on their own?

Moss: There is a lot of guidance now compared to what there was for the early movers. For example, probably 10 years ago now, BT set what it called a Climate Stabilization Intensity Target. That was, I think, the first science-based target attempt out there. There wasn't a consensus for how to do this at the time, but putting something out there as a stake in the ground and being very honest by saying, "I know this isn't quite it, but this is a way to do it," was a really valuable catalyst. Mars and Autodesk both did similar things.

The important thing is to get to a consensus because then everybody knows they are using a common methodology and taking a proportionate share of the goal. That’s what we, together with CDP, WWF and UNGC, have done with the Science-based Target Initiative. Right now, there are 336 companies signed up with more joining every week. There is an equivalent group now tackling this for water. We’ve got a group under the auspices of the Global Commons pulling together the various components to come up with an integrated approach for this that will cover multiple impact areas respecting the limits of the planet’s boundaries.

McElroy: What is the next frontier for sustainability goals?

Moss: Consumption. Looking at models of consumption is a top priority of leading companies, and this idea of moving away from the current model of making money by selling more stuff to more people. We have to find other ways of making money and growing the business. That applies to companies that are not consumer companies too; even those companies need to be thinking about what those new business models should look like and what will be the impact on their business once new models get implemented.

Secondly, taking the concept of science-based targets and applying it to other areas like water, land and potentially to social impact areas, like health or nutrition, as well. It’s harder, but I think it’s doable.

The most ambitious of all is the idea of redefining the role of the company in society. In a way, the previous points start to lead toward that in that, increasingly, companies are willing to think about their role beyond simply returns to shareholders. I think more companies are willing to think about that than are willing to talk about that, but two classes of companies that I think are willing to talk about it now are B Corporations and companies that are not publicly traded, or where a family or foundation has a controlling ownership. I find it fascinating that many of the leading companies in sustainability are either family-owned or privately owned (more than 50 percent privately controlled); we are increasingly seeing them take the lead. Many of those companies are leading the way because they are able to invest some short-term profitability for better long-term sustainability decisions, more so than a company completely controlled by the stock market. 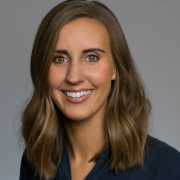 Fear of missing the mark can subvert ambitious targets

How to maximize the impact of corporate sustainability goals

See all by Sarah McElroy