Feel like you can’t turn around without bumping into a big, brassy, branded, corporate sustainability program these days? Or at least a product campaign (think Nissan Leaf) that seeks to cast a green and otherwise sustainable hue over an organization? It seems we have entered the age of the Big (Sustainable) Idea, an epoch in which performance as well as leadership and influence are limited without membership in this club.

SustainAbility has been watching and assessing sustainability branding and leadership trends for years. Clients often ask how important such initiatives are to their performance potential. Does the Big Idea have impact? And is it positive?

Data we track with GlobeScan suggests that the Big Idea is a key element affecting both performance and perception. In our joint 2012 Sustainability Leaders survey, Unilever was the top-ranked company globally for the second year running. GE and Marks & Spencer also finished in the top five (along with Walmart and Interface), while Nike has long been a high flyer on a wide variety of sustainability indices and scorecards.

A layer below the absolute rankings, time series data shows jumps in leadership perception from the time Big Idea initiatives launch — Unilever trends up significantly from the launch of its Sustainable Living Plan, GE from the launch of ecomagination, etc.

The Big Idea or Vision can’t stand on its own — there has to be substance to go with it.

When SustainAbility assesses corporate leadership profiles, we further expand and then break down Vision, Engagement and Performance as follows: 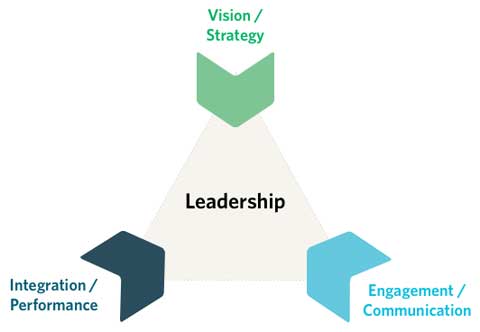 Again, we think the Big Idea / Vision element has impact on performance and perception. Let us tease this out a bit farther.

When we advocate the development and external projection of Big Ideas as part of corporate sustainability strategy, it’s astounding how often someone raises BP’s Beyond Petroleum as a counter.

Our response? John Browne’s leadership of BP in the late 1990’s and early this century was rhetorically brilliant, and that rhetoric combined with the Beyond Petroleum rebranding positioned BP beautifully. But Vision has to be coupled with Engagement and Performance to endure.

While BP’s engagement practices under Browne were also excellent, it could not back up the rhetoric from a performance point of view. Investment in renewables was never sufficient to support the Beyond Petroleum claim, and the series of operational issues that emerged during Browne’s tenure and shortly after (from Texas City to Prudhoe Bay through to Deepwater Horizon under Browne successor Tony Hayward) make clear BP did not have its operations aligned with its ambitions.

So we are clear: Performance has to form solid base on which corporate sustainability leadership rests. But we are concerned that it too often ‘rests’ too literally.

Without Engagement to bring outside views and challenge into an organization and improve market intelligence (not to mention building understanding of societal expectations), and without Vision to articulate and stretch ambition, the bulk of performance goals set are too cautious and overall progress too incremental.

Take Darden, the owner of Olive Garden, Red Lobster and other restaurants. Its seafood sourcing programs are among the very best. It’s a good employer. It’s actively cutting down the operational footprint of restaurants. And it has public goals on energy, water and waste: from 2009, the company announced each of its restaurants would cut energy and water use by 15% by 2015 and work long-term to achieve zero waste to landfill.

All great, but in the context of ecosystem pressures that suggest we need to decouple resource use and growth much more aggressively – more in line with Unilever’s ambition to double the size of its business and halve its resource use by 2020 – such goals (usually, like Darden’s commitment to shrink operational footprint per restaurant, relative, not absolute in nature) and this level of progress are insufficient.

To be fair: we perceive Darden to be best in class among full-service restaurants and we applaud the steps it has taken. In fact, the company pleasantly surprises in terms of how far it has been willing to move of its own accord; it has faced little internal or external pressure to do so. The point is to highlight that the general pace at which even leadership companies are moving – targeting 15-20% intensity reductions by 2015 or 2020 – is too ginger. And too often such targets are only released when their achievement is already certain, which means there’s nearly no risk or aspiration in them at all.

The Big Idea takes dead aim at this problem. Unilever’s Paul Polman is unequivocal: his company will double revenue and cut inputs in half by 2020. He’s equally unequivocal in saying he does not know all the means by which Unilever will achieve this. But he’s raising the bar internally, engaging externally and progressing towards a goal that is unique today, but which must soon become the norm. In setting course and charting the journey, actively speaking out is critical to impressing on employees, suppliers, customers and others that he is serious – and to engaging their help.

In the very best ways, Polman, Immelt and their like are John Browne’s rhetorical heirs. Rather than damning their words, the priority is to watch the performance that comes with them – and to understand the degree to which the verbal, cerebral and aspirational drive results.

Image of Trumpets with red banners by Modella via Shutterstock. 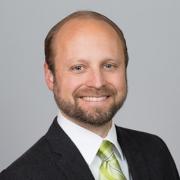 How 'extended' sustainability leadership will change the system

Now is the time for major leaps in corporate sustainability

See all by Mark Lee