This is an excerpt from the book “Sustainable Innovation.”

The defining challenge of sustainable innovation may just be achieving economic growth despite declining resources.

Think about it. For the last half century, the information revolution has benefited from Moore’s law, which predicted that the number of transistors on integrated circuits would double roughly every two years. Under these conditions, innovation means imagining what life will be like next year, when computing ability will be twice what it was last year.

What makes this challenge unique is that most innovation — like most business in general — has since the end of World War II ridden on the dramatic expansion of production and consumption.

Global markets expanded, cheap labor became available overseas, computing and communications technologies proliferated, and even capital markets grew with the availability of cheap money and a tolerance for debt. Established companies like IBM, 3M, General Electric and the U.S. auto industry and new companies like Apple, Microsoft, Cisco and Oracle grew along with this unprecedented expansion.

And this recent expansion follows similar growth over the past 200 years — the modern industrial era that saw exponential increases in both production and consumption.

The term “resources” covers a lot of territory but, in the end, means the many different inputs on which your company depends to provide the goods and services it does. On the supply side, it’s everything from the raw materials needed to make products to the legal, social, financial and technical infrastructure that makes those resources available. On the demand side, it’s the market preferences and regulatory environment that dictate which products and behaviors are acceptable and valuable.

Most companies have a good idea of what physical resources they depend on. Some are acutely aware. The oil and gas, timber and mining companies meticulously account for their resource stocks. They make their living extracting, processing and delivering natural resources to markets, and in fact, their value hinges on their reserves-to-production ratio. Reserves represent the amount of a resource (barrels of oil, cubic feet of natural gas or board feet of timber) a company owns and can economically recover. Production represents how much of that resource the company can extract in a single year. In essence, the reserves-to-production ratio defines how much profit a company can expect and for how long.

Naturally, these calculations are subject to enormous debate (and deception) because knowing what resources exist and how profitably they can be recovered directly affects each company’s stock price.

But the energy companies aren’t alone — declining physical, social and financial resources now define the landscape of opportunities and threats across almost every industry.

For the major food companies, drought and extreme heat threaten crop production around the world. The global water shortage that many see as imminent in the next several decades could reduce global cereal production by 30 percent by 2030 — what Nestlé CEO Paul Bulcke calls the greatest threat to food security in the near future. Rising sea levels, flooding and storm surges threaten agricultural and industrial production in large swaths of developed and developing countries.

Beyond Hurricanes Katrina and Sandy in the United States, severe flooding in Thailand in 2011 displaced 2.2 million people, flooded 14.8 million acres of land, damaged 16 percent of rice farms, inundated more than 8,000 factories and caused $41 billion of damage to the economy. Because Thailand is home to more than 30 percent of global computer disk drive production, the flooding harmed companies in other nations (drive manufacturer Western Digital reported a 60 percent drop in quarterly revenues, while Dell, Hewlett-Packard and Apple also reported lost profits) and hastened the decline of an industry whose product was being steadily replaced by solid-state memory.

Even snow has become a threatened resource for companies and towns that depend on the business it brings. According to a study commissioned by the city of Aspen, continued climate change was projected to end skiing there by 2100 (likely sooner), and long before then the season will begin later, end earlier and see far less snowfall throughout.

The social resources many companies depend on may run out even sooner. One such resource is the social contract: the tolerance of a society for a particular set of products and processes.

Despite their best efforts, the cigarette companies didn’t run out of customers — they ran out of public tolerance for how they attracted and kept their customers.

Fast-food and soda companies like PepsiCo, Coca-Cola, Unilever, Nestlé and Mars worry that sugar will become the next nicotine. Health-conscious consumers have been avoiding soda in favor of teas and bottled water — leading to a 16 percent drop in sales since 1998. Indeed, New York City’s attempt to ban the sale of sugary soft drinks larger than 16 ounces reflects a larger groundswell of local bans on the sale of soft drinks in school vending machines. The public’s growing awareness of smoking-related deaths in New York City (around 7,000), obesity-related deaths (around 5,000), and efforts of the soda and snack food companies to engineer irresistibility into their offerings threatens the social contract that has allowed these companies to sell what they want where they want.

Similarly, the sports apparel industry and particularly its leaders, such as Nike, Adidas, Puma and Patagonia, are threatened by the specter of labor abuses and environmental damages rampant in the low-cost contract factories of developing countries. This problem has spread to the computer industry, where Apple’s reliance on low-cost labor to produce its iPhones and iPads sparked protests.

These threats to a company’s social contract are translating directly into financial terms, and both the market and Wall Street are rewarding (and punishing) corporate reactions.

Pepsi’s new strategy, for example, prominently includes growing its “good-for-you” — more nutritious convenience foods — business by $20 billion by 2020 through expanding the current product lines and adding new ones. Adding more sugar or finding cheaper labor may have seemed a cheap and easy way to innovate, but just as the future liability of smoking-related death and disease is now a tangible part of tobacco companies’ stock prices, insurance rates and even capital costs, today’s soda makers are beginning to see how practices that seemed legitimate just five years ago are now bringing unexpected liabilities.

The same goes for apparel and electronics manufacturers and the retailers that carry their products. Innovating by doing more with fewer resources is harder than doing more with more or cheaper resources, but knowing those resources your company depends on to do business — not just raw materials but also social and financial resources — is important. And knowing which ones are at greatest risk of declining (and how fast) is even more critical to charting your sustainable innovation strategy.

The terms “brownfield” and “greenfield” originated in describing the difficulties of modernizing existing factories as opposed to simply building new ones. Existing factories, originally designed for particular modes of production, can be difficult to upgrade, so when major changes are needed, it is often easier to just find a green field and build a whole new factory.

This distinction has since been applied to upgrading old IT or accounting systems versus building new ones and even continuing old product lines versus starting over. The same principle applies to attempting to innovate in old and established versus young and emerging markets.

Most of the opportunities and threats driving sustainability will come in large, mature markets like energy, transportation, agriculture and construction.

Most unsustainability comes from the sheer scale of the technologies or markets involved. A few cars are sustainable, a few billion are not; a few people living in poverty may be regrettable but sustainable, a few billion are not. When Edison’s Pearl Street station ushered in an era of coal-powered electricity it was a much cleaner solution than the alternatives: kerosene, whale oil and gasified coal. Now it is not.

Most of the opportunities and threats driving sustainability will come in large, mature markets like energy, transportation, agriculture and construction, which present very different challenges from those in younger markets like information technology, Internet applications and social media.

Understanding this difference is crucial. Launching a moon shot, or a search engine (in the mid-1990s) or a search engine’s attempt at a moon shot is a greenfield problem. Indeed, many of our current models for innovative companies — Microsoft, Amazon, Google, Facebook and Apple — enjoyed their best growth years in step with growing, greenfield markets. So too did Ford and General Motors in their early days.

In a greenfield market, it may be fine to have a 20-something, hoodie-wearing, socially inept programmer setting your company’s innovation strategy, but it’s not so fine in brownfields, where understanding existing business relationships and regulatory policies often spells the difference between success and failure. But this is one of the lesser aspects of the challenge.

The challenge of innovating in brownfield markets has three dominant aspects.

First is the entrenched technical infrastructure that supports the incumbent systems and, as a result, resists change. The capital assets of energy suppliers, such as power plants, have an average lifespan of over 40 years. The demand-side systems are equally complex — transportation, appliances, buildings (industrial, commercial and residential) and industrial equipment — and integrated with this existing supply system. In developed economies, these systems have been in place for over a century.

As a result, new products and processes designed for mature, established markets must often be designed to fit within the complementary systems that make up the rest of the infrastructure. In the early 1800s, the countries that adopted rail travel were those that did not already have well-established regional or national transportation systems (at the time, canals). In France and Holland, for example, the initial economic advantages of rail travel were dampened, and the costs of constructing bridges and crossings relatively high, because canals were already in widespread use. High-speed rail faces similar challenges today in the United States, where highway systems and short-hop air travel present competitive alternatives.

By contrast, innovations introduced in the early days of wholly new markets, like the semiconductor, personal computer and Internet, could establish themselves as the cornerstones from which to build new systems. Developing countries and new industries offer similar opportunities. China’s rapid development has represented a significant greenfield opportunity. In the 1990s, it leapfrogged the traditional copper wire telephone network, moving directly to cellular communications. Now, it pursues similar opportunities in rail and energy infrastructure, embracing high-speed rail and nuclear, wind and solar power.

Direct subsidies come in the form of land grants, tax breaks, access to public resources and favorable regulations. Energy efficiency innovations, for example, often depend on energy policies and pricing; the benefits to adopting, for example, new energy-efficient electric home appliances, computers, HVAC systems or industrial motors can be undermined in markets where electricity is ubiquitous and low cost.

Third are the entrenched political systems that actively and passively resist change. Innovations can be slowed, if not outright prohibited, by regulations and often face active resistance from entrenched competitors and others who would benefit by perpetuating the status quo.

Richard Lester notes, in his 2009 report “America’s Energy Innovation Problem (and How to Fix It),” this is not new. In the 1880s, Edison was forced to compromise his electric lighting system to integrate it effectively within the existing market and regulatory policies favoring the incumbent gas companies. Only as electric utilities diffused to markets that were not previously dominated by the political influence of established gas companies or became dominant themselves could the technology evolve along its own trajectory.

And now, those same electric utilities are able to prevent solar and other distributed-generation technologies from taking hold — forcing these new ventures to enter niche markets like small-scale (rooftop solar) or large-scale (utility scale) projects, neither of which are necessarily the best scale for commercial success.

Sustainable agricultural innovations face similar challenges as they attempt to fit within a model built around the industrial growing, harvesting, processing, transportation and sale of its products. 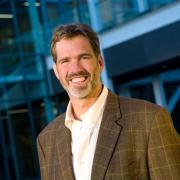 8 ways to build a business with a higher purpose

See all by Andrew Hargadon