Wisconsin’s Kewaunee County is home to dozens of dairies, large and small. It’s also where several municipalities have found excess levels of phosphates and nitrates in their water supplies. Local activists, and some local officials, are pointing to the dairies as the likely source. The potential battle over this issue could well be economically and culturally fraught. Wisconsin license plates, after all, proudly note the state’s motto: America’s Dairyland.

The issue in Kewaunee, and elsewhere, is manure.

Manure is good. It’s a natural fertilizer, rich in nutrients, and helps close the loop in natural systems. Plant matter is eaten by livestock, and the animal waste helps grow the next season’s plants. Nutrients are kept in the system. It’s one reason why most farms once had both crops and livestock.

That was then. With specialization in today’s agriculture sector, the cows are in one place, hogs and chickens are in other places and the crops are in still another. Farms that could benefit from manure often don’t have access to it. There is a nutrient imbalance in American farming.

Farms that could benefit from manure often don’t have access to it. There is a nutrient imbalance in American farming.

The reason: Manure is difficult to transport. It’s heavy, unwieldy and inconsistent, which is why manure rarely travels more than 10 miles from a dairy. Most dairies find ways to truck the manure to local farms, sharing it with farmers who can use it on their fields. But if management practices are lax, or when manure is not spread in the right doses at the right times, nutrients can seep into water supplies or oxidize into the atmosphere, resulting in serious impacts on water and climate. This can be a threat to the dairy industry.

This month, Wisconsin-based Midwestern BioAg, where I serve as a sustainability advisor, begins operating a new facility that transforms manure into a high-value precision ag product that can be transported great distances. As is often the case, the threat was also an opportunity.

The company based the new facility at Indiana’s Fair Oaks Farms, a collection of dairies that together milk 36,000 cows. They chose the location to build on prior investments Fair Oaks had made to capture the nutrient value of its animal waste.

In 2004, the farms installed the first of several anaerobic digesters to process manure. The digesters initiate a biological process in which microbes consume organic matter, reducing the volume of solid material and producing biogas — which is used to power buildings and vehicles. A nutrient dense sludge is left over; Fair Oaks used this to fertilize its own fields and sold the rest to local farms. Still, Fair Oaks Farms co-founder Mike McCloskey wanted to do more to ensure nutrient capture and use, so he was a willing partner with Midwestern BioAg.

The new process, referred to as TerraNu Nutrient Technology, runs the sludge through a solids separation unit, removes fibers and uses disc presses to further de-water the material. The remaining material is now a much smaller, lighter conveyance for the most valuable nutrients embedded in the original manure. Key crop nutrients are added, calibrated to meet specs for certain crops and soils. The material is dried and granulated, with every granule having the same nutrient analysis — directly addressing the inconsistency issues associated with manure spreading. The product now can be shipped to distant farms that need it, a transfer that reduces nutrient load pressures in dairy communities.

Because the manure binding the TerraNu fertilizers is biological, it becomes food for living microbes in fields where it is applied. This helps pull the applied nutrients, including nitrogen and phosphorous, into the soil. The nutrients become more plant-available and less likely to seep or leach. This offers the potential for higher yields of better quality: The nutrients are more likely to end up carted off the field in the form of more nutritious food.

This process of pulling organic matter into the soil life food chain helps build organic matter, effectively storing carbon in the soil, and the biogas is a viable source of alternative energy.

There are climate benefits as well. This process of pulling organic matter into the soil life food chain helps build soil organic matter, effectively storing carbon in the soil — an important climate benefit. And the biogas is a viable source of alternative energy. This valuable byproduct helped make anaerobic digesters at dairies a reasonable investment 10 years ago, but as natural gas prices plummeted, capital for new digesters dwindled. With a second revenue source attached to the manure, interest may climb. That means less demand for fossil fuels.

Farmer focus groups conducted for Midwestern BioAg show that many farmers crave a manure spread for their fields, even if (or because) it hasn’t been applied to their farm in decades. There is a generational memory of the value of manure, and many growers were excited by the prospect of acquiring nutrients from distant dairies.

Their enthusiasm, and the new technology, show a possible means to closing the nutrient gap in American farming. 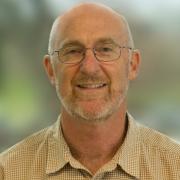 See all by Kevin Sweeney