When it comes to habitat, having an edge is not a good thing

We usually think it's great when we have an edge, but that's certainly not the case when we’re talking about habitat fragmentation edge effects and their impact on biodiversity and wildlife.

In the context of habitat fragmentation, edge effects increase the proportion of habitat edges in relation to the total area. In other words, any given point within the fragment of land is, on average, closer to an edge. Why does that matter? Edges matter because they create changes in the species composition for a given chunk of land. These species-composition changes found at edges are caused by the following conditions:

To address the issue of edge effects, corporations typically use one or more of the following four strategies.

Avoidance: The first — and best — strategy that companies can adopt to address edge effects is a simple one: Avoid the construction of buildings, roads, trails, power lines, pipelines, etc. in areas with high-quality habitat for species that are classified as endangered, threatened or vulnerable to extinction.

This avoidance strategy also may be extended to a high-quality habitat for species that are classified as species of concern. To identify these "avoidance zones," you'll need to conduct a biodiversity assessment to collect data about the species in the areas where you hope to develop or operate.

Minimization: For land that is not categorized as an avoidance zone, corporations shift their attention towards minimization strategies that reduce the duration, intensity and extent of their impacts for biodiversity and wildlife.

For example, some oil and gas corporations take steps to reduce the width of land cleared for the construction of a pipeline or road. In another example, the State Grid Corporation of China implemented an "Electricity Caravan" where workers used horse caravans, rather than construct roads or bridges, to transport the material and facilities through the fragile plateau environment of the Sanjiangyuan National Nature Reserve. This alternate mode for transporting materials also served to reduce edge effects compared with the normal practice of building a road or bridge.

These approaches have fewer tangible benefits to the bottom line, but they can be effective risk-management strategies that are well received.

With this strategy, a company attempts to rehabilitate degraded ecosystems or restore cleared ecosystems in areas that previously have been cleared, developed or neglected. In another example from China, the China National Petroleum Corporation (CNPC) pursued an ecological restoration effort as part of its Western Pipeline project. As soon as the new pipes were laid down and buried, CNPC planted vegetation to restore the original landscape and followed up with monitoring and remediation measures on an annual basis to ensure that the restoration effort is a success.

With voluntary compensatory actions, there is no formal link between the actual biodiversity impacts of the company's development activities and the biodiversity gains from purchasing land for conservation.

Are these strategies 'profitable conservation' strategies?

The short answer is, it depends. From a business perspective, the business case is not always attractive. In some industries, businesses are encouraged, and sometimes required, to implement these strategies to obtain permission to operate in certain areas. The permission to operate in these areas can lead to huge financial gains. In other cases, these approaches have fewer tangible benefits to the bottom line, but they can be effective risk-management strategies that are well received by regulators, customers, employees and the local community.

From a biodiversity and wildlife perspective, anything that we can do to minimize impacts to the habitat they depend upon is a good thing. However, the reality is that the cumulative impact of development projects is taking a toll on the health of wildlife populations throughout the world. 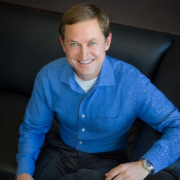 See all by Mark Aspelin