As we hurtle towards the ever-more-out-of-reach milestones of the next United Nations climate change conference, in Chile, more companies are making more aggressive climate impact commitments. That’s good news.

The bad news is that many won’t achieve what’s necessary to meet global climate goals for lack of two key elements — a radically expansive view of how far they should go in pursuit of net-zero emissions outcomes and a relentlessly focused point person empowered to drive them at the level needed to achieve success: a Zero Czar.

What would it look like if companies expand their horizons and their responsibility?

What if every company has a Zero Czar?

Companies aiming for net zero typically start by removing and neutralizing their own emissions, under the auspices of sustainability teams working with operations and facilities.

Going further to achieve global climate goals at the pace and scale needed, business also has to get proactive about realizing net-zero emissions for and with all of their customers and the communities they operate in, regardless whether they ask for it.

What if net zero were the default setting for everything we use and make?

Scant examples exist of companies making it possible for people to use their products and services in a carbon-neutral manner. Google’s cloud services are carbon-neutral, as are Etsy’s shipping services. Apart from the systemic problems that today’s version of car-sharing poses, at least when you ride with Lyft, you ride carbon-neutral. Marks & Spencer announced a carbon-neutral bra — back in 2011. JetBlue made all flights net-zero, but during June only. The rest of the time? Up to customers to figure it out, and it’s not easy.

What if net zero were the default setting for everything we use and make, to opt out of rather than into? Imagine smart phones pre-configured to neutralize their energy use over time. If home hubs varied water heater temperatures to keep renewables flowing on the grid, in houses built of carbon-sequestering materials. Or design and engineering software served up net-zero options for buildings, products or processes as a starting point, rather than waiting for you to direct it to do so.

In expanding their spheres of influence and control over greenhouse gas emissions, companies also will need to reckon with whether their presence accelerates emissions from the industries they serve. Connecting those dots, thousands of Amazon employees demand that its oil and gas customers be dropped outright. These kinds of demands are likely to be increasingly focused on all manner of providers of products or services if their use can be seen to be worsening the climate crisis, even if indirectly.

Stepping up to these wider horizons necessitates a company-wide zero-centric approach that most aren’t set up for. Leadership on zero has to be owned and activated across the entire company, pervading product roadmaps, policy advocacy, engineering specifications, sales and marketing positioning, procurement and support strategies. Inherently, most sustainability teams aren’t in a position to drive all this at the depth and pace required. It has to be embraced at the top, in ways that only very few company leaders, of the caliber of Interface's Ray Anderson, have undertaken. But without it, inertia is hard to overcome at any sizable, mature company.

Ideally, a CEO would be Zero Czar, as Anderson certainly was for his carpet company. Given that most CEOs may not be as singularly focused as he was on Mission Zero, to achieve it, they need to appoint someone to lead that charge together with themselves, their board, their direct reports and the rest of the company.

Czarship is an effective way to organize companies around critical company-spanning missions such as net-zero emissions.

Czarship is an effective way to organize companies around critical company-spanning missions such as net-zero emissions. Boeing recently appointed Beth Pasztor as safety czar to lead accountability for safety issues, reporting to both the board of directors and the chief engineer. Jeff Williams informally has functioned as health czar for Apple, where he is COO, providing executive sponsorship (along with CEO Tim Cook) for Apple’s ongoing and fruitful exploration of health solutions. With founder support and significant budget to invest, Bill Weihl became Google’s green energy czar way back in 2006, propelling the company into renewable energy leadership.

Tasked with moving an entire company in bold new directions, czars succeed for three key reasons: Their CEO has made a serious and public commitment and they provide resources, access and mandate, along with freedom from silos. Unlike a senior VP or C-level officer who might "own" climate, thereby perpetuating the internal myth that someone else will handle it, czars span and align all aspects of a company, with CEO backing to effect real change.

Not every business needs to invest in a Zero Czar and all that implies. But any company with a sizable emissions impact should be able to affirm it’s doing all it can to get to net zero across all fronts, from what it consumes, builds or offers to what results from its products and services once they are out in the world.

And if the honest answer is "not yet," then it’s time to bring on the Zero Czar. 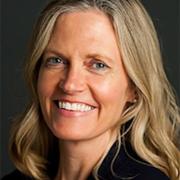