This story first appeared on the blogs of Sloan, the world’s leading manufacturer of commercial plumbing systems, and Terrapin Bright Green, a sustainability consulting and strategic planning firm.

Water is complicated. We know that life depends on it and cities rely on it to thrive. It is governed by a complex and intricate set of international, federal, state and local laws. This complexity reflects some intricacies of the water cycle and the many critical roles that water plays in the natural and built environment.

Our freshwater systems provide countless "ecosystem services" — benefits provided to people by ecosystems and biodiversity, the variability among all living organisms.

Los Angeles is well-known across the country for the crippling drought affecting the region. Water is delivered to the city via the State Water Project, the All American Canal, the Los Angeles Aqueduct and the Colorado River Aqueduct. The State Water Project is California’s single biggest electricity user, with a net usage of 5,100 gigawatt-hours. While this complex system supplies the majority of water to L.A., the city also pulls 11 percent of its water supply from local groundwater.

Because of the drought, L.A. has become one of the leaders in national water conservation strategies by implementing the California Green Building Standards Code, mandating progressive water reduction policies and offering generous rebates for replacing inefficient plumbing fixtures and fittings. These measures have led the way in water conservation efforts in the city. Now, additional conservation efforts are focused on the future of the city’s water supply.

Groundwater in L.A. and the surrounding areas is found in two large underground freshwater basins. Over time, more water has been removed than has been replenished, lowering the water level. When the water table sinks below sea level, encroachment of saltwater from the coast into the freshwater basins puts the system at risk. Currently, the groundwater basins are replenished using water from the aqueducts. While only 11 percent of the water supply in L.A. comes from groundwater, the added demand to recharge the basins adds stress to the supply.

As these three cities plan for the future, the best way to maintain the ecosystems’ services they rely on, including a freshwater supply, is to conserve water.

One way that Los Angeles is looking to strengthen its conservation is to reduce its reliance on imported water for groundwater recharge by revitalizing the Los Angeles River. Along with River LA, a nonprofit committed to bringing community participation and betterment to the river’s revitalization plan, renowned architect Frank Gehry is part of the team breathing new life into the project to restore its ecological and hydrological function while reconnecting and reinvesting into the communities bordering the river. Such a strategy not only boosts the city’s supply of local freshwater, but also restores the river’s other ecosystem services such as water quality control, flood mitigation and recreational benefits.

To protect these watersheds, the city implemented a watershed protection program that leverages the ecosystem services of the forests to keep the water clean instead of building costly water filtration facilities.

One of the biggest concerns is agricultural runoff that contains manure, pesticides, silt and other pollutants. To reduce farm runoff, the city partnered with the watershed’s farmers to create the Whole Farm planning program. Participating farmers create site-specific, pollution reduction practices that they can integrate with their farm’s operation. These include composting best practices for manure management and riparian zones, or interfaces between land and a stream or river, to limit runoff and healthy soil practices, all of which benefit both the farmers and the city.

New York City also can learn from a local project’s success with water conservation measures. One Bryant Park, the fourth tallest skyscraper in the city, harvests rainwater, recycles greywater and uses waterless urinals. These measures reduce its water demand by nearly 50 percent and save millions of gallons of potable water. As the city’s population continues to grow, it is unlikely that the increased demand on the water system can be met by increasing the supply with more from land further north. Maintaining the city’s water supply requires healthy natural systems and an efficient, water-conscious infrastructure.

The Chicagoland area alone is losing 22 billion gallons of treated water per year through leaky pipes.

All of Chicago’s potable water is pulled directly from Lake Michigan and treated at the world’s largest water purification plant, providing almost 1 billion gallons of water each day and serving almost 5.5 million people. The lake also provides water for transportation, power generation, wildlife habitat and perhaps, most important, it is connected to and affected by the other Great Lakes. Some risks to water quality include increased runoff from land conversion for agriculture and development and invasive species that pose new management challenges as they disrupt the lake’s ecosystem.

Chicago’s potable water infrastructure is also well over 50 years old and reaching the end of its designed life. Like most larger and older urban cities, Chicago is experiencing more frequent water main breaks. The Chicago Metropolitan Agency for Planning found the Chicagoland area alone is losing 22 billion gallons of treated water per year through leaky pipes — enough to fill the needs of 700,000 residential homes a year. On a larger scale, the U.S. is losing about 21 trillion gallons each year. This is a major reason why Chicago and other older, urban cities are focusing on replacing their water distribution infrastructures.

While Chicago is not yet suffering from water shortages like Southern California, it still has a responsibility to the large Great Lakes water system. The Great Lakes-St. Lawrence River Water Resources Compact and Agreement implements standards to manage water use within the basin and prevents unsustainable water withdrawal practices across the eight states along the lakes.

The region can look to both L.A. and New York to see examples of how cities are addressing their water supply challenges by integrating their natural water systems with manmade infrastructures, even as their populations grow.  With so many cities, economies and regions depending on the water and the ecosystem services of the Great Lakes, water conservation is imperative.

Water use in buildings

The examples of how each of these cities supply water illustrates how important water conservation is to maintaining healthy ecosystems and resilient cities. Much like the complex natural ecosystems that clean and supply our water, our urban environments also have a role to play in protecting water supplies. For those of us in cities, our role is to conserve water in the buildings we live and work in.

In 1906, William Elvis Sloan invented the Royal Flushometer as a means to help Chicago buildings conserve water. Most toilets at that time used a large tank secured above the toilet that delivered up to 10 gallons of water per flush. The Royal Flushometer used only 5 gallons. Over the years, buildings have evolved, but the restroom remains the largest consumer of water. The restroom accounts for 30 percent of water use in hotels, 40 percent in office buildings and hospitals and 45 percent in schools.

One of the easiest methods to reduce water consumption is to install high efficient WaterSense-labeled products in new construction or retrofits projects. According to the WaterSense website, approved plumbing products and fixtures have saved a cumulative 1.5 trillion gallons of water and more than $32.6 billion in water and energy bills. By the end of 2015, reductions of 212 billion kilowatt-hours of electricity and 78 million metric tons of carbon dioxide also were achieved. The program’s results have been so successful that the United States Green Building Council (USGBC) and state of Colorado have begun to require the use of WaterSense labeled products in all new commercial restrooms.

Other ways to conserve water

In addition to efficient fixtures, buildings can reduce the amount of potable water used by capturing and using rainwater on site. Captured rainwater can be used for toilets and urinals, as well as for irrigation and cooling tower water.

According to "Midcentury (Un)Modern," a 2013 report by Terrapin Bright Green, a representative midcentury office building in New York City can reduce potable water demand by about 53 percent through the capture and use of rainwater falling on site. In addition to rainwater capture, buildings also can use groundwater on site for non-potable water uses. By using water that a site naturally collects, either from precipitation or from groundwater, buildings significantly can reduce the demand on their city’s drinking water supply. 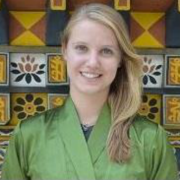 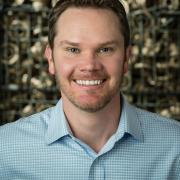 See all by Rebecca Macies