Businesses are parts of larger systems, including the whole Earth system. They cannot prosper unless these systems are stable, and preferably thriving.

The prevailing business mentality — that companies are independent entities that should focus mainly on their own well-being — is an irrational, reality-ignoring, unintentionally destructive view of business. It is based on the illusion of separation. This reductionistic perspective produces widespread unintended consequences, such as rapid environmental and social degradation. Resolving the major challenges facing humanity requires adopting a whole system perspective. This illuminates the need for a new corporate social responsibility (CSR) paradigm.

Current CSR approaches are focused largely on voluntarily reducing negative environmental and social impacts, for example, by lowering pollution and selling lower-impact products. But flawed economic and political systems compel all companies to degrade the environment and society. They are the root causes of the major environmental, social and economic problems addressed by the United Nations Sustainable Development Goals (SDGs). Current CSR approaches are focused on symptoms instead of root causes. They provide many benefits, but ultimately will not achieve sustainability. Addressing symptoms instead of causes is like trying to put out a fire while simultaneously throwing gasoline on it.

The new CSR paradigm, which I call Whole System Sustainability, is based on the reality that companies ultimately cannot prosper apart from the larger systems that sustain them. It shifts the focus from maximizing the well-being of business to maximizing the well-being of society. Whole-system thinking shows that because system change is the most important sustainability issue, it should be a major focus of CSR strategies. This article summarizes the rationale and mechanics of business involvement in system change.

Flawed economic and political systems compel companies to degrade the environment and society, primarily by not holding them fully responsible for negative impacts. In competitive markets, this makes it impossible to fully eliminate impacts and remain in business. Very generally speaking, companies can voluntarily mitigate about 20 percent of tangible and intangible, short-term and long-term, negative environmental and social impacts in a profit-neutral or profit-enhancing manner.

If they continue beyond this point, they risk putting themselves out of business long before reaching full impact mitigation. Voluntary CSR cannot work unless it is strongly focused on voluntarily changing economic and political systems.

As the human economy expands in the finite Earth system, negative impacts return more quickly to harm companies, often in the form of market rejection, lawsuits and reputation damage.

As the human economy expands in the finite Earth system, negative impacts return more quickly to harm companies, often in the form of market rejection, lawsuits and reputation damage. Businesses have strong financial incentives to reduce negative impacts. The large majority can be mitigated only through system change.

No right to harm

Some argue that it is not the responsibility of business to solve societal problems. But if negative corporate impacts cause or contribute to environmental, social and economic problems, business has an obligation to help resolve them, in part by ending negative impacts. There is no right to cause harm in a civilized society. Even when companies do not directly or indirectly cause societal problems, a whole-system perspective shows that they often will benefit from helping to resolve them (because they are not separate from declining systems).

Others argue that it is not the responsibility of business to change economic and political systems. But companies already do so, often in negative ways. For example, they routinely use campaign finance, lobbying and other means to secure regulatory changes that hold them less responsible for negative impacts. These negative system changes increase harm, violate the rule of law and place business and society at risk. Systemic changes should benefit and protect society, not harm it.

System change is the only way to reverse environmental and social degradation and achieve the SDGs. As this becomes more obvious, companies proactively engaging in it will be seen as the true sustainability leaders. Sustainability has become mainstream in the corporate and financial sectors over the past 20 years. Many companies value their leading CSR position. They gain substantial reputational, competitive and financial benefits from it. Going forward, proactive system-change strategies increasingly will be necessary for maintaining CSR leadership.

Academic and other leaders have been seeking to improve economic and political systems for more than 50 years. But many factors indicate that systems are declining, including Brexit, U.S. deregulation, rising inequality, growing animosity between conservatives and liberals and rapid degradation of environmental life support systems. Throughout history, all flawed human systems change, usually by collapsing. Collapse of modern systems would bring unprecedented disruption and suffering, due to the large, interconnected nature of human society, and the many environmental and social tipping points that we are near or beyond.

Humanity, especially business, is hugely talented and creative. We are smart enough to voluntarily change our systems before they change themselves through collapse. Complexity probably is the main barrier to system change. Individuals and companies depend on current systems. Changing them can seem impossible. But many things that once seemed impossible are taken for granted today. Nature’s technology and sophistication are nearly infinitely greater than humanity’s. We are parts of nature. We have the capacity to be nearly infinitely more sophisticated, sustainable and truly prosperous than we are now.

Rating corporate system-change performance is more complex than analyzing traditional CSR metrics. The framework is much broader. CSR or ESG analysis focuses mainly on mitigating negative impacts. Effective corporate system-change analysis requires first understanding the components of sustainable society and many actions needed to achieve it. Once these are clear, optimal corporate system change strategies can be defined and rated.

Economic reform efforts since the 1970s often had limited impacts, in part because they were not based on whole-system approaches that addressed all relevant factors. A whole-system perspective illuminates key leverage points for evolving economic and political systems into sustainable forms. These include reforming government, empowering citizens to work together on their common interests and engaging the corporate and financial sectors.

Vested-interest-influenced governments probably will not substantially change on their own. Uniting and empowering citizens likely is a longer-term effort. The corporate and financial sectors already heavily influence economic and political systems. Engaging them through proven SRI/CSR methodologies probably is the most effective short-term option for driving systemic changes that protect business and society.

SCI, and the corporate system-change strategies it defines, represent a large opportunity in the financial and corporate sectors. SCI is the most advanced fund-development approach in the $23 trillion SRI market. It achieves superior financial returns by identifying financially relevant systemic risks and opportunities and providing excellent indicators of management quality and stock market potential. The approach also provides far greater sustainability benefits than any other type of SRI because it is focused on the most important sustainability issue: system change.

This paradigm-shifting approach enables companies to credibly position themselves as the true leaders in the large and rapidly growing corporate sustainability field.

In the corporate area, Whole System Sustainability yields the most effective corporate system-change strategies. This paradigm-shifting approach enables companies to credibly position themselves as the true leaders in the large and rapidly growing corporate sustainability field. Like current sustainability leaders, they will attain many benefits, including improved stakeholder relations, increased access to markets and resources, stronger ability to attract and retain a high-quality workforce and enhanced competitive position as systemic changes require more responsible behavior.

Corporate profits are near record highs. But they are based in part on huge unpriced externalities (negative impacts). This is not sustainable. Business will play a critical role in sustainable society. But companies have no right to profit by degrading the environment and society. This destructive business paradigm inevitably will end through voluntary or involuntary means. Businesses greatly will benefit themselves and society by choosing the former option, before nature and reality impose the latter.

System change can seem overwhelmingly complex. But we do not need to understand every necessary step before taking action. Whole System Sustainability provides the perspective and practical first steps needed to effectively engage companies and investors in system change. 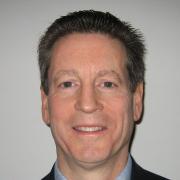 The transformational power of root cause investing

See all by Frank Dixon