Editor's note: This essay was contributed by one of the NGOs that make up the Renewable Energy Buyers Alliance (REBA), a consortium dedicated to growing large buyer demand for renewable power and helping utilities and others meet it. You can find the other articles here. REBA’s next annual summit will be Oct. 14-16 in Oakland, California ahead of VERGE 18.

The Global Climate Action Summit (GCAS) wrapped up in San Francisco just a few short weeks ago, and many of us have been inspired by the calls for action and corporate commitments that featured so prominently there.

More companies are committing to climate action through campaigns such as We Are Still In, RE100, the Science Based Targets Initiative and the Step Up Declaration. However, many companies making these commitments are leaving out a large and growing segment of their emissions: data.

Global estimates of data center demand in 2030 anticipate an increase of three to 10 times current levels, including projections that this demand alone could reach 13 percent of global electricity consumption. Moreover, most of the world’s largest data centers are in hot or temperate climates, where vast amounts of energy are used to power cooling systems to prevent overheating.

While innovations in design and equipment may help slow the rate at which data center energy use is increasing by 2020, more action is needed: We will not realize the ambitions of the Paris Agreement without company commitments to reduce data carbon footprints.

While innovations in design and equipment may help slow the rate at which data center energy use is increasing by 2020, more action is needed.

Simply put, we need an internet powered by 100 percent renewable energy, and we need to work together across the entire internet ecosystem to make it happen.

Over the last five years, the Future of Internet Power collaboration has engaged 20 leading companies in this work, and we have made significant progress toward building the common values, goals and tools needed to reach a 100 percent renewable energy internet.

However, we recognize that this is just the beginning. We cannot hope to create a climate-compatible internet without addressing its overall footprint, which includes not only data centers but also the transmission, equipment and code that make them work. For example:

Now is the time for concerted, collaborative action to change the energy sources that power technology and data. This not only will help individual companies reach their environmental goals; it also lays the foundation for the myriad organizations that use their products and services — from other international companies to local retailers to schools and government agencies — to be a bigger part of the solution.

Over the next year, the Future of Internet Power collaboration aims to identify opportunities across the internet ecosystem that would benefit from collaborative action to reduce energy demand, drive new renewable energy procurement and clear a path for a 100 percent-renewable-energy-powered internet. 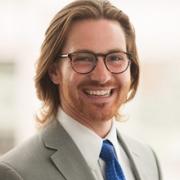 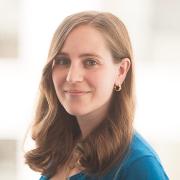 See all by Michael Rowher