With the fifth anniversary of the Paris Climate Agreement this month and the COP26 Race to Zero dialogues throughout November in preparation for the meeting in 2021, climate change remains high on the agenda despite the ongoing challenges COVID-19 presents. This continued sense of urgency has triggered a response across many industries. The aluminum sector must accelerate action to meet global decarbonization goals.

Heavy industries, which together emit more than 10 gigatonnes of greenhouse gas (GHG) emissions, must be decarbonized to meet the goals of the Paris Agreement.

The aluminum sector has a pivotal role to play here. Accounting for 1.1 billion tonnes of CO2 emissions per year, it generates around 2 percent of global human-caused emissions. Demand for aluminum, an essential material for several key industries including construction, transportation and power transmission, is expected to grow by more than 50 percent by 2050. As such, emissions must be addressed now.

2020 appears to mark a turning point for three key aluminum-producing regions: China, the United States and the EU.

One of the most significant climate commitments made in 2020 is China’s target to reach peak emissions by 2030 and net-zero by 2060. It is a bold ambition set by the nation that has the largest carbon footprint on the planet, and it has the potential to transform the way the sector — and the world — is addressing the climate crisis.

Aluminum production in China is a major driver of sectoral GHG emissions due to Chinese producers’ high reliance on captive coal-fired power plants; coal-powered electricity used during primary smelting accounted for around 58 percent of the sectoral carbon footprint in 2019.

There is an urgent need to decarbonize the electricity power supply used by aluminium producers.

As global demand for aluminum increases over the next 30 years, it is anticipated that it will be met primarily by China and Southeast Asia. There is an urgent need to decarbonize the electricity power supply used by aluminium producers through renewables and carbon capture, use and storage (CCUS).

With China’s recent commitment to reach carbon neutrality by 2060, it seems promising that momentum to decarbonize is building in high-emitting countries.

Hopes hinge on Biden in U.S.

The election of Joe Biden as U.S. president-elect in November likely will lead the country to take more decisive action to combat climate change. Biden has stated his intention to rejoin the Paris Agreement and position the U.S. to become a global leader in the fight against climate change.

He has spoken publicly about his goals to decarbonize the U.S. energy grid by 2035 and reach net-zero by 2050. While Biden’s ability to implement these changes will depend on policy approval from Congress, the U.S. — as the largest per-capita emitter and one of the largest economies in the world — has a strong ability to influence international decarbonization efforts.

The aluminum sector generates around 2 percent of global human-caused emissions.

Increased consumption in the electric vehicle (EV) industry and expansion of solar photovoltaics (PV) will significantly increase demand for aluminum, while the industry must decarbonize in parallel.

If Biden passes legislation to encourage decarbonization across the U.S., aluminum producers may face competitive pressures based on the carbon footprint of their products.

Europe continues to set ambitious decarbonization goals. January saw the introduction of the European Green Deal, a strategy and action plan to help the EU reach net-zero by 2050. It outlines the need to take a holistic and inclusive approach to transition to a green economy and extends beyond the need for decarbonization to consider biodiversity, food security and waste reduction.

Specific policies will be developed by member states, but it is likely that in the coming years increasingly bold targets will drive new policies such as border carbon adjustments, annual mandatory carbon reductions or incentivizing investment in low-carbon technology.

While many aluminum players in Europe already face stringent regulations, as a major importing region, the expansion of policy that affects imported products will determine external players’ level of participation in the European market.

With recent commitments from some of the aluminum industry’s key regions, international collaboration is more important than ever. Partnerships at multiple levels — between countries and sectors, and within sectors — are needed to address a systemic challenge the scale of the global climate crisis. 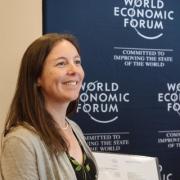 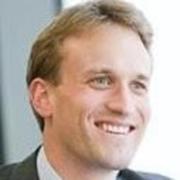 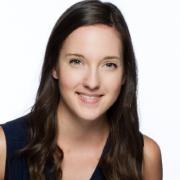 See all by Renee Van Heusden