Every January, over 150,000 visitors descend on Las Vegas for the world's most popular electronics show — CES. More than 3,500 exhibitors showcase their newest technology concepts, from home entertainment systems to health apps and even intelligent hair brushes.

One sector that has started to steal the column inches is the automotive industry. And this year is no different.

The automotive industry is going through the biggest period of reinvention since Henry Ford was in his pomp. Driven by pressures, most notably pollution and safety concerns, the industry is a hotbed for exciting innovation. The focus this year was on self-driving cars and electric vehicles (EVs).

The biggest build-up was for the unveiling of Faraday Futures' first production car — the FF91 self-driving EV which, it says, can accelerate from 0 to 60mph in 2.39 seconds. Other notable presentations included FCA's Chrysler Portal, a family minivan concept with a range of up to 250 miles, Rinspeed's Oasis, a self-driving car that boasts a garden on top and Schaeffler's bio-hybrid (PDF), a covered mini-vehicle just 2.8 feet wide designed for urban dwellers.

Some of our much-loved car models will hit the road in all-electric or hybrid incarnations, making electric an easier choice.

From BMW's HoloActiv Touch system that uses finger gestures that interact with dashboard screen graphics to Continental's facial recognition technology that automatically adjusts mirror and seat positions depending on who drives it — automotive technology concepts are big news at the show.

Away from CES, Tesla and Panasonic officially have kicked off the mass production of lithium-ion battery cells at the massive Gigafactory outside Sparks, Nevada. Once it reaches full capacity, the Gigafactory will produce 35 GWh/year of lithium-ion battery cells annually, which is, according to Tesla CEO Elon Musk, "nearly as much as the rest of the entire world's battery production combined."

This year, EV is taking to the road

Futuristic concepts that may or may not make it into final production aside, 2017 looks set to be a tipping point for electric vehicles. Many major car manufacturers are releasing new or updated models to propel the plug-in vehicle market into the mainstream.

Even supercars are getting the EV make-over, with the already sold-out hybrid Ferrari LaFerrari Aperta making its debut on the road later this year. Meanwhile, Audi is bringing self-driving technology to U.K. roads with the launch of the new A8, featuring Audi's latest autonomous driving software that lets drivers hand over driving control to the car, even allowing them to take their eyes off the road.

As EVs become more commonplace and affordable, so the number of charging stations will greatly increase in 2017, driven by both public and private investment in EV infrastructure. This will help to break down the other major barrier to EV uptake in the U.K. — range anxiety.

POD Point, one of the U.K.'s leading charging station suppliers and manufacturers (for which the author is the CEO), recently announced partnerships with Hyundai, Citroen-Peugeot and Airparks, to roll out thousands more home, work and destination charge points across the country. Its ambition is to have a station at every place people park for an hour or more by 2020 and we're on track to do that.

Meanwhile, the government is considering plans to set common pricing between suppliers of electric car charging stations, and to allow drivers to access multiple charge points without needing multiple memberships.

Realizing it had to "clean-up" its act, the automotive sector has been spending huge sums of money to develop technology that will decrease pollution and increase safety.

Perhaps the most obvious example of this industry-wide pivot towards EV is Volkswagen. VW group is targeting 30 new EV models by 2025 and annual sales of between 2 million and 3 million by then. But already, all this investment is starting to bear fruit — the technology is mature enough to hit the mainstream.

Long gone are the early two-seater matchbox electric vehicles of the 1990s. This year, some of our much-loved car models will hit the road in all-electric or hybrid incarnations, making electric an easier choice for car buyers. Even the futuristic concepts showcased at CES don't seem far fetched to our eyes and can feasibly hit the market within two to five years. 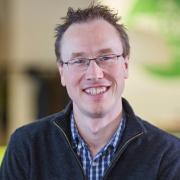 See all by Erik Fairbairn