Why batteries are the 'holy grail' for clean energy

There is no shortage of solar power installations scattered across the Hawaiian islands. None is quite so ambitious as a project in Kaua’i slated to go online in late 2016.

What makes this particular installation unique: it will be able to supply solar power to the electric grid during the evening hours, long after the sun goes down. What will make this possible: a massive battery system designed by Tesla Energy that stores electricity as it is generated during the daytime so that it can be used when it’s really needed.

The system will be able to supply up to 13 megawatts of power to the local grid to meet peak demand in the evenings — replacing existing systems powered by diesel fuel, according to the project backers. The installation is made possible by a 20-year power purchase agreement between SolarCity and the Kaua’Ii Island Utility Cooperative (KIUC).

“KIUC has been investigating energy storage options for more than two years and price has always been the biggest challenge,” said David Bissell, president and CEO of the utility. “This is a breakthrough project on technology and on price that enables us to move solar energy to the peak demand hours in the evening and reduce the amount of fossil fuel we’re using.” 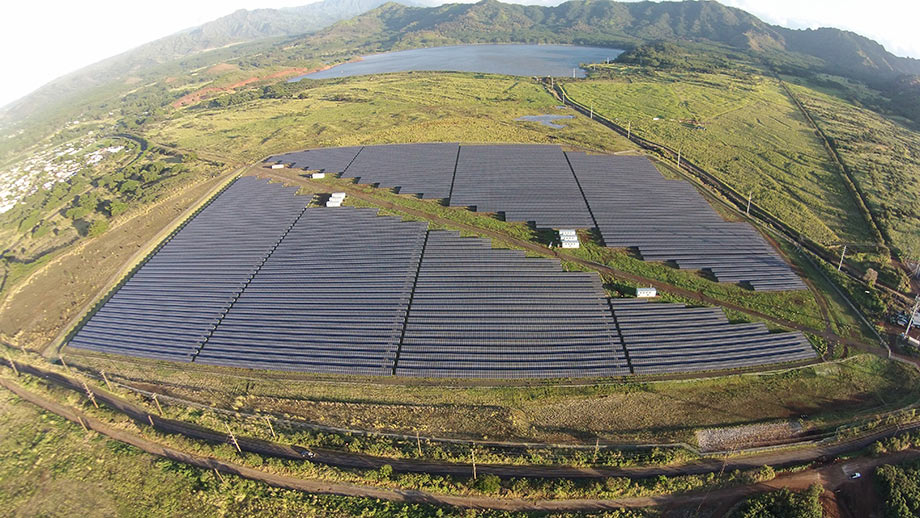 This Kaua’i project, which could be operational before the end of 2016, is a vivid illustration of why energy storage technology is critical for the adoption of renewable energy. For Hawaii to achieve its ambitious target of phasing out fossil fuels by 2045, it must invest in a variety of energy storage technologies, predominantly batteries of the sort being used in Kaua’i.

“There is no way that Hawaii will make it to the goal without some technology to store power,” said Michael Champley, commissioner for the Hawaii Public Utilities Commission, during a panel Wednesday at VERGE Hawaii in Honolulu.

Storage is the holy grail, it is the keystone.

That’s hard for some to swallow, given that at least one early project involving energy storage ran into hiccups when the technology failed and the manufacturer filed for bankruptcy, Champley admitted. Another issue has been a scarcity of rebates or tax breaks for the technology. Two bills that would have provided financial incentives for these installations failed when the state legislature adjourned in May, but will likely be picked up again in January.

Among the things needed to make energy storage investments more palatable are better visibility into costs compared with fossil fuels options, as well as more transparency into the long-term strategies of the technology companies vying to serve this market, Champley said.

One clear signal of where the market is headed came early this week, when Tesla Motors made a surprise $2.8 billion takeover offer for SolarCity. Tesla believes — and has believed for some time — that technologies for storing power so that it can be used as needed are fundamental for mainstream adoption of electric vehicles and clean energy options.

“It is safe to assume that energy storage is one of the important elements” for futureproofing these investments, said Greg Callman, who leads business development and market entry activities for Tesla Energy.

What’s keeping the market from expanding more quickly? Uncertainty over the rules and technical requirements for connecting these systems to the traditional electric grid. “There is still much work to be done in many jurisdictions,” Callman told the VERGE Hawaii audience.

Not quite ready to invest in renewable power? No matter, since energy storage is also likely to play a role to play in next-generation demand response strategies. That’s the focus of Advanced Microgrid Solutions, which uses Tesla batteries to help businesses manage the energy consumption in their buildings. The idea is to help owners reduce their reliance on the grid without occupants noticing, so that they can have more control over their utility bills, said CEO Susan Kennedy. “Storage is the holy grail, it is the keystone,” she said. “Storage is the killer app for demand side management.”