Why beauty wards off obsolescence

“We just want to make great products,” declared Steve Jobs in 2008. Two years earlier, however, he told NBC News, “If you always want the latest and greatest, then you have to buy a new iPod at least once a year.” Greatness, it seems, has a short shelf life.

Every year, Americans get rid of more than 300 million computers and electronics -- and recycle almost none. Ultimately, recycling doesn’t completely solve the environmental problem, anyway. When a computer is recovered, typically only the basic materials are salvaged, while the precious metals in the energy-intensive circuitry are destroyed. So the challenge has less to do with the efficiency of production than it does with the frequency of it -- not how we produce things, but how many things we produce, and how often.

“Nokia is making 13 phones every second,” boasted executive Tero Ojanpera on the cover of Fast Company in late 2009. By the time you finish reading this article, they could spit out a thousand more. The resources consumed are astronomical.

Making a 2-gram memory chip requires 1,300 grams of fossil fuels and materials -- 650 times the resources. Nokia estimates that more than 74 percent of a product’s total energy is used during production -- getting the materials, making the components, completing the assembly, and shipping to stores -- while charging the batteries takes up only 25 percent. This assumes a two-year life span, though the average is actually 18 months, which increases production-related energy to over 80 percent.

If you’re the average person, every year-and-a-half you replace your phone, and during your life you will have owned three dozen. The market encourages us to buy lots of stuff but replace it almost immediately, because the economy thrives on how much we buy, not on how much we use or enjoy the things we buy.

Nokia estimates that prolonging the life expectancy of a phone by a year could cut its total energy consumption by more than 40 percent. According to electronics expert Eric Williams, continuing to use a computer can mean 20 times greater energy savings than recycling it. If this is true for electronic gadgets, consider the implications for everything else. Most consumer goods are inert, expending resources only during manufacturing and shipping, so for everything from bottles to bicycles and tables to tennis rackets, the conclusion is simple: The shorter the life span, the more wasteful the product.

“How can we lengthen and enhance the relationship between user and device?” asks designer Julius Tarng. His Modai concept phone -- seen in the accompanying photo -- allows the interior module to be easily detached and upgraded without replacing the whole device. And with its razor-thin edging and generous screen size, it’s more interface than object -- hardware whose image is determined almost exclusively by software. Its playful graphics adapt to the user’s habits and customize its “look” to suit the owner’s tastes. Could you ever tire of a thing whose appearance regularly changes to suit your pleasure?

How can we prevent things from becoming obsolete so quickly?

There are three kinds of obsolescence. Technological obsolescence is when yesterday’s widget is outperformed by today’s gadget -- a 2.0-GHz processor replaced by 4.0, for example.

Planned obsolescence is when a manufacturer intentionally designs a product to fail after a certain amount of time -- say, a hundred battery charges -- so that you’re forced to buy a new one. These two problems can be solved.

Making components easy to replace prevents the whole thing from getting thrown out when one part slows down or dies. And companies can save money by taking back products when consumers are done with them, recovering the value of the materials and buildingbrand loyalty.

But there’s a third, possibly more insidious problem. Call it aesthetic obsolescence. An obvious form is when we lose our fascination for things because they fall out of fashion. Beige computers give way to candy colors, which give way to brushed metal. More subtly, often we just get bored with looking at the same old thing. Apple’s minimalist look banks on the suggestion of purity, untarnished and unblemished, but of course it fades with age.

The instant your iPod gets nicked or scratched, the nubile fantasy spoils, so its intentionally short life is both an economic strategy and an aesthetic necessity. The delicacy of modern products destines them to tire soon, and so-called “durable goods” aren’t very.

What makes us want to keep things

How to combat this? Manufacturers and marketers spend a lot of money trying to understand why we buy things, but they rarely investigate why we keep them. However, over the past couple of decades, a growing body of scientific research has revealed a universal, biological basis for visual preferences that often transcend individual and cultural differences. To some degree, all of us are drawn consistently to certain shapes, patterns, and colors.

Earlier this year, German researchers found that just glancing at natural shades of green can boost creativity and motivation. Some patterns, such as natural fractals, have been shown to reduce stress by up to 60 percent just by being in your field of vision. Imagine a laptop that makes you feel better just by being in the room with you.

Other studies show we form positive associations with things we consider beautiful, so we are more likely to become emotionally attached, giving them pet names, for example. Experiments in interaction design reveal that people generally consider attractive products more functional than they do unsightly ones and therefore are more apt to use them. We prefer using things that look better, even if they aren’t inherently easier to use. Consider the ramifications: If an object is more likely to be used, it’s more likely to continue being used. Who throws out a thing they find functional, beautiful, and valuable all at once?

“In the end,” writes Senegalese poet Baba Dioum, “we conserve only what we love.” We don’t love something because it’s non-toxic and biodegradable. We love it because it moves the head and the heart. If design doesn’t inspire, it’s destined to be discarded. A more attractive design discourages us from abandoning it: If we want it, we won’t waste it.

Learning more about the mechanics of affection, the mathematics of attraction, designers can become much smarter about how to instill greater pleasure, attention, and respect. Can we make not only things that last but also things we love, things we want and will continue to want -- things both durable and desirable?

The environment could depend on it. 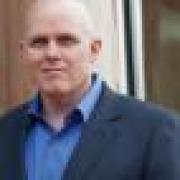 Is this the great decline of the green building movement?

Why architects must lead on sustainable design