<p>The trumped-up &quot;Climate Gate&quot; scandal has drawn an inordinate amount of attention during the Copenhagen meetings, with climate change deniers using fairly innocuous evidence of a few researchers squabbling to question the integrity of all climate science.</p>

The trumped-up "Climate Gate" scandal has drawn an inordinate amount of attention during the Copenhagen meetings, with climate change deniers using fairly innocuous evidence of a few researchers squabbling to question the integrity of all climate science.

That has led some reasonable people to ask: What if our planet is not faced with the prospect of catastrophic climate change?

Business leaders and investors who have embraced sustainability can rest assured: Even if the deniers were right -- which they're not -- the business case for investing in environmental innovation still holds up, as does the moral imperative.

Even if we don't have to concern ourselves with reducing greenhouse gas emissions, we're still left with global energy insecurity, nonexistent or aging infrastructure, water pollution and scarcity, and air pollution.

Even if global warming is out of the picture, there are still plenty of good reasons to reduce risk, improve efficiency, accelerate innovation, and clean up our act. These include:

The global economy relies on the movement of people and goods over long distances. If global warming is not real, perhaps we can burn oil with abandon, but only if we can get it, refine it, distribute it (think post-Katrina), and pay for it.

All of the elements that cause dramatic fluctuations in the price of oil -- political instability, perceived scarcity, market volatility, increased competition for resources, are still in play, global warming or no.

We need to mitigate these risks to the long-term health of our businesses and prioritize the development of electric vehicles and alternative fuels that will lead to more reliable and price-stable transportation.

Though the development of CO2-reducing technologies such as carbon capture and storage would be less critical if global warming weren't part of the picture, there is still a need for massive energy infrastructure development worldwide, and for upgrades in the US in particular.

As Jim Rogers, CEO of Duke Energy, pointed out in a recent op-ed, "Even without carbon regulation, we would still have to retire and replace nearly every power plant we operate today within 40 years due to normal aging and technological obsolescence."

The economic contraction has taken the heat off of U.S. generation, transmission, and efficiency initiatives, but only temporarily. We still need to modernize old plants and build new ones to keep up with demand, build out transmission capacity to get electricity (particularly from renewables) to where it is needed, and create real incentives to conserve power on the consumer side.

We routinely breathe in sulfur dioxide, nitrogen oxides, ozone, and particulate matter, pollutants that are detrimental to human health. According to a National Academy of Sciences study, the air pollution associated with electricity generation and transportation contributed to $120 billion in health care problems in the U.S. in 2005.

The development of cleaner sources of energy isn't just a potential boon to the economy -- it will have the welcome side affect of improving human health globally, particularly in urban areas where pollutants are heavily concentrated.

Even if we can fix our energy challenges, we have huge resource challenges related to water.

In the developing world, the biggest water problem is scarcity. Two-fifths of the world's population already faces chronic and serious water shortages.

In the industrialized world, the biggest problem is pollution. In a 2004 report, the US EPA determined that 44 percent of our lakes, rivers and estuaries were too polluted to fish in, or even swim in. Industrial pollutants found in our water include asbestos, mercury, lead and PCBs.

A recent New York Times study has found that more than 50 percent of regulated water facilities have violated the Clean Water Act, with little or no consequences or fines. There is an urgent need for proactive management of our water resources including improved conservation measures, the development of cleaner manufacturing and agricultural processes, and tougher enforcement actions.

In short, the debate over climate science is a distraction for enterprises that want to remain viable in the new economy and countries that want to remain competitive. Business and government leaders operate in the realm of ambiguity and risk mitigation all the time. They don't need a 100 percent certainty to recognize when action is warranted.

As New York Times columnist Tom Friedman stated in a recent op-ed, "When I see a problem that has even a 1 percent probability of occurring and is 'irreversible' and potentially 'catastrophic,' I buy insurance. That is what taking climate change seriously is all about."

Friedman's point is clear: Whatever your views about climate change, it's not hard to recognize the growing consensus of leaders who believe that the world needs a robust insurance policy against the risk of climate catastrophe, not to mention other environmental hazards.

Therefore, no matter what the climate deniers say, we will change where our energy is coming from, how it is generated and transported, and how much of it we use. We will innovate and make better products and processes that don't pollute the water we drink, the air we breathe, and the integrity of our ecosystems.

And as we solve these issues, we will reap serious rewards -- not just financial returns for those who innovate and lead, but greater energy security, improved quality of life, and better health globally.

Andrew Shapiro is founder and president of GreenOrder, an LRN Company. GreenOrder is a strategy and management consulting firm that helps leading companies make environmental innovation a catalyst for competitive advantage and profitable growth. 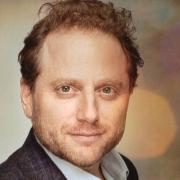 Why SPACs will be key to the sustainability revolution

See all by Andrew Shapiro