If you are in a sustainability- or green energy-related field, chances are that you've heard of Renewable Portfolio Standards (RPS). What you may not know is that these laws, which require greater green power production, are under siege.

Although never breaking through to the federal level, several states have leveraged RPS laws very effectively to quicken the adoption of renewable energy and reduce greenhouse gases. This strategy has gained wide support within the business community. Sixty-three percent of small business owners representing all industries, for example, support a national version of the RPS, according to a recent poll commissioned by the American Sustainable Business Council.

Unfortunately, the fossil fuel industry and its allies have set their sights on RPS laws. If you operate or are employed by any business today, you should be doing what you can to prevent this attack and support expansion of the strategy.

Cheaper renewable energy makes it easier for companies large and small to use more green energy and meet their sustainability goals. Many companies, such as AT&T, General Motors, HP and Google, for instance, have publicly stated targets for green power use. Even Walmart, the world's largest retailer, has set an aspirational goal to one day be powered 100 percent by renewable energy.

Another major business reason to support the RPS strategy is the economic growth that it brings. It creates certainty for businesses in the renewable energy industry as well as all related upstream and downstream industries. Certainty enables investors and entrepreneurs to take less risk when making expansion decisions. In some cases, there can be direct economic incentives, making renewable energy sources more cost-competitive with old-line, fossil-fuel energy sources that are subsidized both directly with tax-breaks and grants, and indirectly with an accounting system that allows them to pollute for free.

At the state level, Maryland is a perfect example of how an RPS can spur economic growth. Before the RPS was passed, Maryland’s solar industry consisted of a few guys in trucks installing a system here and there. There were jobs, but not many. Since the RPS was passed, the industry has blossomed, and this has brought many benefits to all types of businesses in the state.

Charles Segerman and I founded Clean Currents after the passage of the RPS. Before the law, the utilities and energy suppliers in the state didn’t offer many green energy choices. Clean Currents began selling renewable wind power to businesses and homes all over Maryland. We now have thousands of customers, a staff of more than 35, and offices throughout the mid-Atlantic. We are not alone.

National industry leaders have also set up shop here, while the utilities that fought the RPS initially have now made massive investments in solar projects. Consumers not only support the minimum RPS standards, but want even more renewable energy in the grid.

By one estimate, clean energy creates three times more jobs than fossil fuel production. Removing an incentive for clean energy production would halt the flow of new hiring and put existing clean energy jobs at risk, all of which would weaken the broader economy.

An RPS actually can lead directly to lower energy costs for consumers: In the Midwest, cheaper wind energy has helped reduce wholesale electricity costs by 40 percent since 2008.

Of course, these business and economic advantages pale in comparison to the benefits of reducing the threat or severity of climate change from greenhouse gases. We must understand that if we do not take action to address climate change, the economy will suffer. From rising health care costs to lower crop yields -- and even hits to the insurance industry -- it will cost businesses and the economy more to adapt to climate change later than it will cost to tackle it now.

But while states debate what to do about climate change, businesses need not wait around.  Early adopters who install solar panels, switch to green electricity, promote energy efficiency and work to reduce their emissions can lead the way and show that these decisions can make sense in the business world.

Businesses also can work to ensure existing standards are upheld and strengthened, and that states without standards adopt them soon. Currently, 38 states, plus Washington, D.C., have some type of standard in place, according to the Center for Climate and Energy Solutions. Seven are considered voluntary targets, while the rest mandate a specific amount of electricity be generated from renewable or alternative sources by a given date. If you have a standard in your state, you should help defend it. If you don’t have a standard in your state, you should.

If you own or operate a business, you have a uniquely powerful voice to persuade policy makers about policies that affect business and the economy. I was personally involved in the passage of an RPS in both Maryland and Washington, D.C., as a lead advocate and co-author. I organized many small business owners, from grocery stores to restaurants, to advocate for the RPS, even though they were not directly affected.

These small business owners stepped up to this challenge because they wanted a greener future for their communities. They understood that a healthy green energy industry will positively impact their bottom lines and the overall health of the local economy. 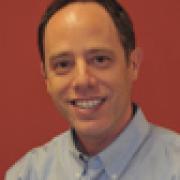 See all by Gary Skulnik