Why Businesses Should Worry About Water

Imagine this: If all the water in the world were somehow inside a water cooler, like the kind at your office, the amount of fresh, drinkable water would be one tablespoon.

And Americans are the world’s biggest water consumers, chugging, drinking, washing, flushing and irrigating without a second thought until most of us have used about 150 gallons a day each.

In our soon-to-be-released Green Living Pulse study, we found that Americans’ engagement with water concerns actually fell a little bit from last year. About the same number of Americans say they’re concerned about the fresh water supply (69 percent), but fewer said they feel a sense of personal responsibility (64 percent, down from 75 percent).

This is serious point of concern. Water supplies are increasingly under pressure -- not only for drinking water, but also for generating power. We also use lots of water to power hydro-electric dams like Hoover Dam in Nevada. Lake Mead and Hoover Dam supply power to 2 million homes and businesses in Nevada, Arizona and California -- but Lake Mead is drying up. There’s a ring of mineral residue that’s 130 feet high all around the lake. Several scientists say there’s a good chance that Lake Mead will become a “mud pool” in the next dozen years or so if current trends continue.

Since 1998, the lake has lost more than half its water, more than 5.6 trillion gallons or enough to provide water for the entire country for about six months. The minimum water elevation needed to operate the generators is 1050 feet. As of last week, the water elevation level was 1088 feet, only 38 feet above the critical level.

Water conservation efforts aren’t making a big enough dent, perhaps because some cities in rain-scarce regions have some of the lowest residential water rates and the highest levels of water use. There’s no financial imperative. According to a recent study by Circle of Blue, a water news organization, a family of four using 400 gallons a day (100 gallons per person) will only pay $34.29 in Phoenix, but that number almost doubles to $65.47 in Boston. By the way, Boston gets about 10 times the amount of rain as Phoenix.

That’s because of the sad reality that declines in water consumption lead to higher rates -- the same phenomenon being felt across the country by power companies with energy efficiency programs -- has now spread to water utilities.

So what’s the true price of water?

Government subsidies have kept prices artificially low for decades but now a creaky, leaky infrastructure needs updating to the tune of $335 billion, according to the EPA.

Where’s that money going to come from? That’s a question for the budget hawks and politicians.

What can we do about this as marketers? This is an opportunity to get out ahead of consumers on this issue and take the lead. Manufacturers can reduce water usage in operations, produce goods that require less water and take water-wasting products off the shelves.

There’s an opportunity to invoke a philosophy of “paternalistic libertarianism” as author and behavioral economist Richard Thaler calls it, and make the better choice the default choice. Another way to approach this situation is to follow the proverbial carrot and stick strategy -- offer rebates on water-saving devices and higher prices for using high amounts of water.

Marketers can also get ahead of this issue and calculate the embedded water in their products and provide interested consumers with a transparent look at their water footprints. As more national retailers adopt environmental scorecards, this information will likely become more important to stay in the fight for shelf space.

If you’re not worried about water, maybe it’s time to start.

As director of insight for Shelton Group, Karen Barnes serves as the voice of the consumer for the firm. The original version of her post was published on the Shelton Group blog and is reprinted with permission. 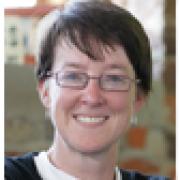 Let’s go shwopping! (Not a typo)

Product labeling: Who's doing it right?

Why Transparency is Here to Stay, and How Your Firm Can Embrace It

Understanding the Nature of Connection to Build Green Brands

See all by Karen Barnes