Ed Hanrahan recently praised the German Development Bank’s commitment to finance forest carbon emissions reductions in the Brazilian state of Acre, but he cautioned project developers against getting too excited about such public sector per-tonne "payments for performance" — which varies slightly from traditional carbon offsetting but achieves the same end result.

“It’s great to see direct investment like we saw in Acre," said Hanrahan, CEO of project developer ClimateCare. "But government support would be a lot more effective if it came in an indirect fashion, which would make it worthwhile for corporates to take responsibilities for their residual emissions and offsets."

"Unless you believe that governments not only will take sufficient action but have the dollars to do so, then we need to have private sector engagement," he said. "The offset market is clearly a critical part of that."

Both were speaking at a sneak preview of the latest Ecosystem Marketplace State of Voluntary Carbon Markets report, offered at Carbon Expo last week in Cologne, Germany. The full report has been released, and recent numbers showed that corporate demand for purely voluntary carbon offsetting went slightly south in 2013 (down 5 percent). That this market fall wasn't more dramatic demonstrates resiliency in a difficult market — as well as loyalty from companies that have long offset their emissions and continued to do so. But it also reflects the market's failure to engage new buyers, despite a rising number of green pledges.

“Large corporates have little incentive to take full responsibility for their emissions, because there is no pressure from customers at the moment, and there is limited pressure or incentive from government,” said Hanrahan.

Patrick divided corporates into two broad categories: those that have no interest in being green unless someone pushes them and those that are making serious efforts to reduce their greenhouse gas emissions. Of the latter, he says, most stop at reducing emissions internally and fail to offset what they can’t eliminate.

“We see a lot of companies buying renewable power or implementing efficiency programs,” he said. “That sort of thing puts firm dollars to work internally, and we should applaud that, but our message ought to be that's clearly not going to be enough. There's almost no firm that can, via direct action, offset sufficiently to handle its entire footprint. We as an industry need to keep firms focused on the idea that offsets have a real place in their sustainability portfolio — not as way to avoid making internal reductions, but as a way to offset what they can’t reduce.”

Hanrahan criticized the sector at large for failing to get that message out earlier.

“We should have been able to catch the imagination of more than we have,” he said, calling for more engagement with existing efforts such as the Carbon Disclosure Project.

"We have organizations like the CDP, and they do great work in bringing corporates together and identifying emissions, but the offset community and the carbon market community pretty much sit outside their sphere of interest," he said. "There's very little validation given to what we're doing here, as a source of reducing emissions." 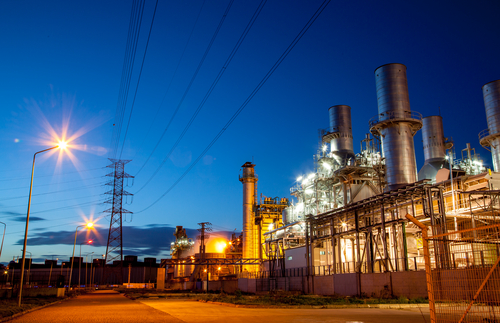 Both also welcomed U.S. President Barack Obama’s plan to impose emissions limits on the U.S. power sector and to allow cap-and-trade for some reductions, but they said they’d like to see government interventions built based on available options rather than political expediency.

“When governments are considering their appropriate mitigation actions, they ought to focus on where the reductions and investments are today — not just where they'll be after some programmatic activity that might take two or three years,” said Patrick. “For example, there is a lot of focus in the forest carbon programs today on jurisdictional [regional] programs, and that's fantastic — they’re conceptually sound — but the problem is that outside of Acre, there are no jurisdictional programs. So, unless you think we're going to put off our actions for the two or three years that it takes to develop these programs in five, 10, or 20 jurisdictions around the world, we should look at what already exists."

He also encouraged project developers to look at new sources of buying, such as impact investors.

"One of the key success stories we've started to see is in the impact investment market, which is completely different from the voluntary carbon market," he said. "But a lot of the objectives of that market are starting to tally on a line with the original objective of the voluntary carbon market and with what has been achieved here. So, I think we as a market would do very well to tie ourselves in much more closely with that market instead of trying to reinvent the wheel."

This story originally appeared on Ecosystem Marketplace and is reprinted with permission. Top photo of trees growing out of coins by arka38 via Shutterstock