Finally. Climate change has risen to an unprecedented level of mainstream public discourse with the ramping up of 2020 U.S. presidential campaigning. In just five years, the number of Americans believing climate change is a threat to our country has increased by 49 percent. Globally, this view is held by more than two thirds of people across 23 countries surveyed by the Pew Foundation, with climate at the very top of a threat list that includes terrorism, cyberattacks, North Korea’s nuclear program and the global economy.

If the trajectory of these perceptions translates quickly enough to sufficient action, there obviously will be much to cheer. But meanwhile, there’s a quieter discussion on a seemingly parallel but separate track that risks getting too overshadowed in the battle for public and corporate mindshare. Yet its climate change implications are profound. And that discussion is about chemicals of concern.

Climate and hazardous substances are much more closely intertwined than most people think.

If we can raise awareness of the connections between climate and chemicals and the human health implications, there will be greater support for and appreciation of green chemistry as an integral part of addressing our climate crisis. That simultaneously will translate to accelerating climate change mitigation and improvements in both health and productivity.

Why? Let’s start with some simple truths about how the proliferation of chemicals of concern is even more threatening in a hotter world, as well as making the world even hotter still.

Given all the above, I find it astonishing how seldom the proliferation of hazardous chemicals is present in the climate change discussion and the plans to mitigate it — especially when we consider the powerful solutions emerging from advances in green chemistry. As an example, with the proviso that there is wonderful work underway in many places across the globe on this front, let’s look at one source of green chemistry solutions and how such solutions relate to climate change.

It's astonishing how seldom the proliferation of hazardous chemicals is present in the climate change discussion and the plans to mitigate it.

The very important work of the Warner Babcock Institute for Green Chemistry (WBI) is a lighthouse that shows the way. Many people still think that green chemistry equals safer products that cost more and don’t perform as well. For more than a decade since its founding, WBI consistently has debunked this by not even considering chemical alternatives to be green chemistry unless they are not only more benign than existing chemicals, but also more economically viable and as good or better on performance. With their partners they repeatedly have invented such solutions, with exciting future breakthroughs in the pipeline.

How this all affects climate change is less obvious to the casual observer. Yet it’s powerfully significant when considered in the dual contexts of global warming and the 12 principles of green chemistry that WBI espouses and that have become pillars of safer chemical development around the world.

So, let’s make some connections here in the table at the end of this article. (Don’t be put off by some chemistry terminology in Principles Nos. 8 and 9; I’m certainly no chemist, but we lay people can get the hang of it — and the links provided can help too.)

As with green chemistry itself, far too seldom are the connections made to climate change when considering the ways in which NGOs are helping companies more easily and confidently find safer substitutes for hazardous substances. Again, with the proviso that very good work on this comes from multiple organizations as well as internal methodologies at some of the world’s more enlightened chemical companies, let’s look at the example of the NGO Clean Production Action and how its efforts relate to climate.

Clean Production Action provides strategies and tools to simplify for companies the complexity of substituting safer chemicals and materials for hazardous ones. Its globally used GreenScreen benchmarking tool helps companies and governments identify chemicals of concern and find safer alternatives, and track progress. In tandem, its Chemical Footprint Project enables companies to measure and more transparently disclose their chemical footprints, further incenting them to reduce hazardous chemical use.

Green chemistry’s potential to help with climate is constrained by how challenging clean production is even for the best-intentioned companies. Solutions that facilitate safer substitution are key. The first principle of clean production — knowing and disclosing product chemistry — is the on-ramp to mitigating all of the issues highlighted earlier in this article. Despite the well-deserved credit that has accrued to Clean Production Action’s programs and other safer chemicals initiatives, too seldom is there recognition that every reduction in hazardous chemical use represents a reduction in the damaging interactions between these substances and the macro environment of a hotter, scarcer world.

We must recognize that climate and chemicals are closer cousins than generally has been acknowledged. We must recognize that green chemistry, paired with strategies and tools for safer substitution, can be and has to be a bigger part of the arsenal in attacking climate change. As our existential climate challenges mount, all the galvanized action to attack them can be amplified if green chemistry is fully seen and supported by policy makers and company decision-makers. Its power to mitigate both the human health and environmental impact of the warming of the planet cannot be left partially untapped.

All of this is more simply understood in the context of the United Nations Sustainable Development Goal No. 13’s targets for urgent climate action.

So next time you think about climate change, think about chemicals. It’s all one issue, inseverable, in our interconnected web of environmental and health challenges in this anthropomorphic era of climate shock and chemical proliferation.

If you care about climate change’s impact on human health and survival, ask yourself and your company or organization this: What more can I/we do to reduce demand for chemicals of concern, replace them with safer alternatives and support advances in green chemistry? Underusing such a powerful weapon in the fight to save our planet and ourselves is no longer an option. We have too much catching up to do. 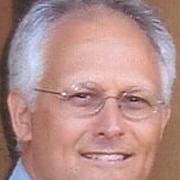 Missing ingredients: How to accelerate the meat alternatives revolution

See all by Steven Cristol