Why CGF and TSC are collaborating to end deforestation

Deforestation can pose significant operational and reputational risks to companies, and we at EDF see companies start to take action in their supply chains. Deforestation accounts for an estimated 12 percent of overall GHG emissions worldwide — as much global warming pollution to the atmosphere as all the cars and trucks in the world. In addition, deforestation wipes out biodiversity and ravages the livelihoods of people who live in and depend on the forest for survival.

Unfortunately, it's a hugely complex issue to address. Agricultural commodities such as beef, soy, palm oil, paper and pulp — ingredients used in a wide variety of consumer products — drive over 85 percent of global deforestation. Companies struggle to understand both their role in deforestation and how to operationalize changes that will have substantive impacts.

When drivers of deforestation are buried deep in the supply chain, innovative and collaborative solutions are required. In the past several years, we have seen many in this space make big commitments toward solving the problem, but gaining transparency into tracking against these commitments has been almost as difficult as gaining transparency into the supply chains themselves. For many companies, the hope for making good on their promises may come in the form of powerful partnerships.

In 2010, the board of directors of the Consumer Goods Forum — a consortium of 400 companies with combined sales of around $3.5 trillion — committed to help achieve zero net deforestation by 2020, mobilizing the resources of the world's largest companies to achieve their goal. This commitment is focused on the key commodity drivers of deforestation: soy, beef, palm oil, paper and pulp.

In the last four years, to encourage their members to implement this commitment, CGF has published commodity specific sourcing guidelines, created an Activation Toolkit and launched the Tropical Forest Alliance 2020 in partnership with the U.S. Agency for International Development and the State Department. However, despite making many resources available, there has yet to be a concerted effort to measure or track against the commitment, leaving many in the NGO community skeptical.

Enter The Sustainability Consortium with its membership of non-profits (including EDF), government agencies, university partners and consumer product companies with combined revenues totaling over $2.4 trillion. The Consortium's goal is to create systems that accurately measure and report environmental and social impacts associated with particular product categories in order to help retailers — and eventually consumers — make smarter decisions about what goes onto shelves and into shopping bags. To create common ways to measure and report impacts, TSC membership has developed Product Sustainability Toolkits for 110 product categories (and counting), including all major commodity drivers of deforestation. For the last two years, Walmart has been implementing these toolkits through its Sustainability Index. Walmart has been able to extrapolate the toolkits to cover over 700 categories and more than 2,500 suppliers.

While Walmart's achievements are very exciting for EDF, what's even more exciting is that what was once only happening in-house at Walmart is now easily implementable by all TSC members and others across the consumer goods industry through the new SAP Product Stewardship Network  — an online community that enables companies and their supply chains to efficiently exchange sustainability data.

This marks a major milestone in TSC and a huge opportunity for action. TSC will deliver an updated version of its TSC Product Sustainability Toolkits, including Key Performance Indicators, in October, which will offer even more harmonized and easily comparable metrics across commodities.

Many companies have taken extensive steps internally to reduce their risk of deforestation. Often, though, the efforts are disjointed in relation to supply chain activity and consequently do not easily ladder up to meet an umbrella goal such as that of CGF. TSC's KPIs provide a much-needed solution for this.

TSC has developed broad, globally applicable, outcome-based metrics for tracking land transformation/deforestation. Because these metrics are nonprescriptive, they are compatible with a wide range of strategies. In addition, TSC has included specific KPIs to track the use of certification as way to address issues such as deforestation, including RSPO and FSC, both of which have been endorsed by CGF.

TSC is working to drive adoption of the toolkits within its own membership, which has more than 30 member companies in common with CGF — including Walmart, Ahold, Marks & Spencer, Tesco and Kroger. CGF and TSC officially joined forces in 2012 when they announced a partnership between the two organizations, but we have yet to see this partnership live up to its potential. CGF has recognized that it cannot stop deforestation by itself and has called on governments around the world to "secure an ambitious and legally binding global climate deal" at the UN Paris Climate Summit in 2015 and to prioritize the implementation of REDD+ (Reducing Emissions from Deforestation and forest Degradation) policies, which will be the focus of our next blog in this series.

Top image of logs by Rick Payette via Flickr. This article first appeared at EDF+Business. 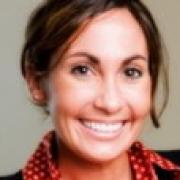 See all by Alisha Staggs