Why the Clean Power Plan is good for business

Big problems require smart solutions. The Clean Power Plan, America’s first and only set of nationwide rules to reduce carbon pollution from the nation’s existing electric power system, is a smart, well-designed policy solution to one of the great market failure of our time.

However, the U.S. Environmental Protection Agency (EPA) has begun the long and complicated process of repealing it. Late last month, EPA Administrator Scott Pruitt was in West Virginia to hold a public hearing and gather input on the proposed repeal.

VF Corporation, headquartered in Greensboro, North Carolina, with about 65,000 employees worldwide, is one of the largest apparel, footwear and accessories companies in the world. Along with our portfolio of brands, including Timberland, The North Face and Vans, we support maintaining the Clean Power Plan. We do so along with more than 365 other businesses and investors that urged the EPA to develop the Clean Power Plan, applauded it when it was finalized in 2015 and even supported litigation defending it from attacks.

Not only do these solutions give us a competitive advantage, they help us meet growing demand among both our investors and consumers for products with smaller carbon footprints.

Addressing climate change is good for business. At VF, we source almost 1 percent of the world’s cotton for our products. A changing climate can affect cotton prices and availability, shorten winters (and ski seasons) and create a greater likelihood of extreme weather that can disrupt global supply chains.

A 2016 study from the New York University Law School’s Institute for Policy Integrity surveyed over 350 economists on future impacts of climate change. Overall, the economists surveyed believe that climate change will begin to have a net negative effect on the global economy by 2025. Further, this study found, among economists surveyed, that agriculture and the outdoor/tourism industries would be some of the most affected sectors.

In 2015, VF joined (along with more than 100 other companies) the RE100 campaign, with a goal to power all our owned and operated facilities with 100 percent renewable energy by 2025. Our Timberland brand also has set ambitious goals: it has reduced greenhouse gas emissions by 50 percent from a 2006 baseline and has plans to reduce total energy use by 10 percent while increasing its renewable energy to 50 percent by 2020. VF’s headquarters for our Outdoor brands in Alameda, California, is powered by 100 percent renewable electricity. And our Vans brand’s new headquarters in Costa Mesa, California, features a 1 MW solar array system that generates roughly 50 percent of its energy needs and is expected to save millions of dollars over its 20-plus-year lifespan.

Like any business, we work hard to minimize costs, which is one reason why the Clean Power Plan makes so much sense to us. It aims to cut carbon pollution from the electric power sector 32 percent by 2030 from a 2005 baseline, and does so while creating net benefits to the U.S. economy.

Like any business, we work hard to minimize costs, which is one reason why the Clean Power Plan makes so much sense to us.

EPA estimates from 2015 found that the annual economic benefits ($32 billion-$93 billion) of the Clean Power Plan far exceed its costs ($5.5 billion-$8.8 billion). More specifically, they found that in many parts of the country, electricity rates actually would decline by 2030 relative to a world without the Clean Power Plan, with the potential to save consumers (PDF) up to $40 billion in electricity costs over 15 years.

We are all in this together. While climate change sometimes may feel like an insurmountable problem, the truth is that we know how to solve it, and we have the tools to do so. Acting alone is important, but it is not enough. We need policy and we need partners. That’s why we are vocal members of the Ceres BICEP Network, advocating for stronger climate and clean energy policies, and when the United States announced its withdrawal from the Paris Climate Agreement earlier this year, we joined more than 2,500 other businesses, investors, states, cities, universities, tribes and faith-based institutions to say "We Are Still In."

Being "In" means that not only will we continue to meet and exceed our own corporate climate goals, but that we also will continue to push for smart policy solutions such as the Clean Power Plan. 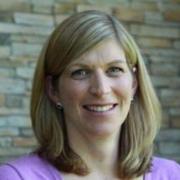 See all by Letitia Webster