After over 4 million comments and months of deliberation, the Environmental Protection Agency has at last released its Clean Power Plan.

The plan focuses on combating carbon emissions at the state level, giving each state the ability to develop its own plan to cut emissions by 32 percent over 2005 levels by 2030. States will have until 2018 to submit plans and need to start reducing emissions by 2022.

Implementation of the CPP will put more pressure on carbon-intensive electric generating resources, mainly coal, and create a stronger tailwind for the innovation and deployment of clean energy technologies. For the corporate chief sustainability officer, this will be a positive development, as it will supply even more tools for the future.

In fact, the dynamic of invention and innovation in cleantech already has been on the upswing for the past decade, but truly has surged in the past five years or so. In that timeframe, for example, the number of clean energy patents issued in the United States (which serves as a good proxy for the pace and scale of the innovation dynamic) has tripled. This has helped to create the relentlessly downward cost trend for renewables technologies such as wind and solar, while heralding the advent of new storage technologies which recently have entered the scene.

This innovation dynamic is greatly aided by two enormous forces for change:

1. The immediate global availability of information, via the Internet — which vastly accelerates humankind’s ability to share information.

2. The era of ubiquitous and faster computers — which vastly increase our ability to run simulations and to compress the learning process quickly in the lab rather than in the field.

The results are impressive: Last week, for example, I visited the laboratory and factory of 24M, which has invented a new and more cost-effective way to build lithium ion batteries from semi-solid materials. To get into the lithium ion game in recent years required investments in the hundreds of millions or billions of dollars.

Soon, according to 24M Co-founder and Chief Scientist Yet Ming Chiang, it may be possible to build more efficient lithium ion cells in factories costing as little as $12 million. This is because new technology eliminates the costly drying phase of the battery manufacturing process, which currently requires enormous factories to accomplish.  This innovation could not have happened 10 years ago. It was supported in an environment of accelerated learning.

Indeed, 24M’s Tristan Doherty, director of data and controls engineering, told me that the company relies heavily on immediate access to data throughout the development process. And by automating and centralizing data collection and storage, as well as providing advanced visualization tools to everyone in the company, 24M has shortened the time needed for many analyses from hours or days to seconds.

"The other immense benefit to having so much data collected and curated is that it allows us to create and validate powerful simulations which are not only based on theory but also a large empirical dataset," Doherty said. "Having these models has allowed us to design better experiments and zero in on the answers more quickly and more accurately."

Likewise, several years ago I visited the Wind Technology Testing Center in Charlestown, Massachusetts — an enormous warehouse where oscillating wind blades are hooked up to EKG-like sensors that measure stresses and simulate 20 years of environmental conditions in mere months. Society’s ability to learn accelerates.

And as impressive as that is today, with machines in the 10 petaflop range — that is, the capability to perform 1 quadrillion operations per second — you ain’t seen nothing yet.

These next generation machines, expected to be delivered in 2018, will be in the 50 to -200 petaflop range. From a clean energy and innovation perspective, what could these machines do? Well, for starters, the Department of Energy sees these next generation computers as enabling simulations of complex systems such as:

1. The modeling of combustion turbines that will improve efficiencies while advancing the science base for development of hydrocarbon fuel alternatives.

3. Simulation of advanced nuclear reactors and modeling of fusion.

Back in Charlestown, the Wind Technology Testing Center is just one facility that could leverage these super machines to further inform the building of turbines that are stronger, higher and more powerful.

And it doesn’t stop there. The advent of the 50-to-100 petaflop computers in 2018 vastly will accelerate our ability to learn, improve technologies and graduate them from the lab to the field — ultimately helping us to solve the energy and climate problem. And this computing power will get better by 2020 and beyond.

Clearly, society’s technical ability to invent and improve will expand. But that’s only one piece of the puzzle that leads to the innovation and deployment of better and cleaner technologies.

Ultimately, there needs to be an economic incentive, and that’s where the EPA’s CPP comes in. By creating the framework — and indeed the mandate — to move towards a lower carbon-generating fleet, the EPA’s new rule creates a more favorable environment for clean tech. The size of the prize will increase, which in turn will stimulate more investment in innovation and bring finance to deployment.

At the end of the day, the clean energy revolution is already well underway. The technologies are only going to get better and cheaper in the coming years, and they will do so ever more quickly as our ability to employ powerful computers increases.

Even if EPA’s Clean Power Plan were to be stopped somehow, this would not represent a mortal blow to the shift from dirty to clean economies, because the dynamics of innovation are now unstoppable and the physics of environmental degradation don’t change. We inevitably would get to the same place, but it would take longer.

As the president noted in his address when announcing the new rule, “We are the first generation to feel the impact of climate change and the last generation that can do something about it.” Given the need to reduce carbon today — owing to its cumulative effects — the Clean Power Plan is quite important.

It will stimulate more innovation and a faster transition to a clean economy. It will result in an increase in the number of cost-effective options for the corporate sustainability professional. And it gives us a better chance to create the world we want for ourselves and for our children. 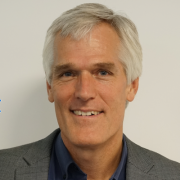