Recent reports about the state of climate change send another warning about its impacts:

It’s going to clobber our economy.

From the federal government’s National Climate Assessment and the United Nations' IPCC report to recent state-specific economic projections, the link between our environment and our economy is crystal clear. The findings are consistent that climate change could cost the United States hundreds of billions of dollars and wreak havoc on our economy in ways we’ve never experienced before if we don’t take action, and quickly.

With a new Congress getting to work, the recent economic reports should give lawmakers who previously have remained silent — or denied climate change — an opportunity (and political cover) to take meaningful action for the good of our economy, jobs and businesses.

That’s what more than 500 business leaders, investors and others say they want in a letter just sent to every member of Congress.

The letter organized by E2 includes executives and entrepreneurs from real estate, investment, agriculture, energy and technology businesses in every region of the United States. They want Congress to take immediate and ambitious action to address the economic threats made clear in the National Climate Assessment. That includes making sure the U.S. meets the goals of the Paris climate agreement; stops environmental rollbacks proposed by the Trump administration; and increases clean energy, curbs carbon emissions and passes other policies being formulated in various legislative proposals.

It’s hard to imagine that anyone elected to do the people’s business can ignore the economic threats of the magnitude we can expect due to previous inaction on climate change.

Globally, we’re facing economic damages of $54 trillion if the world gets 1.5 degrees Celsius warmer between now and 2040, according to the U.N.’s IPCC report. As we’re on track to exceed that level of warming, it’s a good bet we’ll also likely exceed that economic damage by trillions (yes, trillions) more.

In the United States alone, climate change could cost our economy $500 billion per year by the end of the century, according to the National Climate Assessment, which is required by Congress and includes input from 13 Trump administration agencies. Left unabated, climate change will wipe out 10 percent of our gross domestic product, according to the report — more than double the economic decline we experienced during the Great Recession.

States are already realizing what all this looks like on the local level.

In North Carolina, damage from Hurricane Florence stands at an estimated $17 billion. That doesn’t include other costs, ranging from lost tourism revenues to the costs of evacuating thousands of prison inmates in the path of the storm. Florence was just the latest in what’s becoming a regular string of hurricanes and flooding in that state.

In Iowa, flooding has cost farmers, businesses and residents more than $18 billion since 1988. The National Climate Assessment forecasts that corn crop yields could drop in Iowa and elsewhere by 25 percent by mid-century because of increased severe weather and drought.

The University of Alaska, Anchorage estimates the warming climate could cost Alaska as much as $700 million per year for everything from infrastructure repairs to coastal erosion.

Imagine the reaction of lawmakers in Washington if they knew a foreign government was about to inflict a $500 billion attack to our economy.

Imagine what members of Congress from Iowa or North Carolina or Alaska would do if they knew billions in crop losses, flood damage and other impacts soon would hammer their states.

Imagine the Federal Reserve or the Commerce Department sitting on their hands and doing nothing amid clear signs of a looming economic disaster, with the White House and Washington failing to encourage action.

Congress for too long has ignored the environmental disasters we’re already experiencing from climate change. 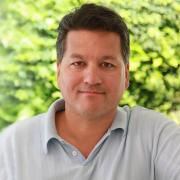 Is climate tech the hottest corner of the VC business in the 2020s?