Among the many brilliant comedic plays on literalism in Rob Reiner’s epic film "This is Spinal Tap," the hapless and self-proclaimed "loudest band in the world" changed the dials on their amplifiers so that they "go to 11." We laugh, of course, because 100 percent is the amplifiers’ limit, whether the dial says "10" or "11." For corporate energy buyers, however, 100 percent may only be the beginning.

Large buyers have entered into transactions to deploy around 25 new gigawatts of new renewable capacity over the last five years. From when solar panels began to populate company rooftops to the first power purchase agreements for wind, it is commonplace for companies to have 100 percent renewable energy targets. The institutional home for such targets, RE100, formed by The Climate Group and CDP, reports more than 280 companies have committed to 100 percent renewable electricity and some have met that target. All of this makes for a tremendous success story.

But is 100 percent actually enough?

Even when buyers achieve their 100 percent renewable targets, the climate impact "dial" of the corporate procurement amplifier is not yet at 10 (never mind 11). Most corporate renewable energy goals are "purchasing" goals. A buyer executes transactions that yield renewable energy certificates (RECs), each representing a megawatt-hour of renewable generation. At the end of the year, the buyer "matches" the number of RECs acquired during the year with the number of megawatt-hours of load during the year and if the total in the REC column equals the total in the load column, that buyer has met its 100 percent RE goal.

There are several climate-relevant shortcomings to this approach, however. First, RECs — the coins of the realm in corporate procurement — are not direct proxies for climate impact. The REC from an additional megawatt-hour of wind generation in wind-saturated West Texas has the same "value" as a megawatt-hour of new solar in fossil-intensive Alabama, even though the amount of carbon emissions avoided by each are radically different.

Second, many if not most of those RECs were secured independently of the buyers consuming the renewable energy generation responsible for producing the REC. Under popular virtual power purchase agreement transactions, for example, a buyer secures RECs in exchange for a guarantee of a minimum offtake price to a renewable energy developer. The renewable project is often located in a grid region with abundant and inexpensive renewable resources far from the buyer load against which those RECs will be applied. The buyer’s actual consumption of power at the place of load is unaffected — the buyer continues to consume its same grid mix, which today likely includes substantial CO2-emitting resources.

Yes, new renewable generation is enabled somewhere, but the buyer’s local grid region is spared any buyer pressure to decarbonize. And to fully decarbonize the electric system, zero-carbon energy needs to be deployed in all regions, not just those with the least expensive solar and wind resources.

Further, accepted greenhouse gas reporting regimes and even Federal Trade Commission rules on market claims do not take heed of this carbon gap. Companies meeting a 100 percent renewable energy purchasing goal can report zero emissions from their electricity use and are permitted to say that they "use" 100 percent renewable energy (with either an implied or explicit claim about the resulting climate benefits) — even though they continue to consume carbon-emitting grid power and despite that fact that its renewable energy purchases have mixed climate impact.

None of this is to underplay the significant achievements of corporate buyers. But we are well behind in curtailing emissions at the scale and pace needed to meet mid-century climate stabilization targets. We need a round-the-clock zero-carbon grid well before 2050 (President Joe Biden says 2035) and that means ridding ourselves of the crutch of carbon-emitting resources used to balance gaps between wind and solar and the time and place of load. Partial decarbonization will not cut it.

How can corporations evolve their clean energy procurement goals and practices to best accelerate grid decarbonization?

But there are things companies can do to get started, including: calculate current levels of carbon-free energy consumption and emissions at hourly intervals over the course of a year (such data is increasingly available); push electric suppliers to develop and offer carbon-free generation on a granular and load-following basis; support policies to make more round-the-clock carbon-free electricity consumption possible; and set interim targets to secure and consume increasing percentages of carbon-free energy at certain locations and/or over increasing periods of time (days, weeks, months, seasons).

Include and prioritize all forms of carbon-free generation. The climate cares not whether a megawatt-hour of uncontrolled fossil generation is avoided by solar, wind, hydropower, climate-neutral biomass, geothermal, nuclear or fossil energy with carbon capture and storage. Clean energy procurement has to date overwhelmingly focused on wind and solar.

But to paraphrase Amory Lovins’ saying about markets: Wind and solar are great tools, but bad masters and a worse religion. Could we decarbonize the grid with just wind and solar and storage? Maybe someday.

But even with levels of variable renewable capacity many times peak demand and with a tripling the nation’s transmission capacity (both of which pose significant siting and economic challenges in a decadal time frame) we would still face hourly, daily, weekly and seasonal mismatches between generation and load to be filled by unabated fossil generation. Battery storage can help with hourly fluctuations. Covering multi-week supply gaps would require huge amounts of very long duration storage we do not have today and will not have over this next crucial decade.

Whether we can decarbonize the grid with tools of wind, solar and batteries alone is not the relevant question. The right question is how we maximize the likelihood of fully decarbonizing the grid. Nearly every credible analysis concludes that to achieve zero-carbon grid in the next 20 years, we best use an ecumenical mix of firm and variable carbon-free generation, storage and demand-side management tools.

But buyers cannot do it alone.

In pursuit of round-the-clock carbon-free energy consumption, companies will bring market pressure for both variable renewable generation and the firm zero-carbon generation needed to meet new time and locationally matched demand. But everyone will need to take part in this — the electric markets must respond, regulators and policymakers must engage and key corporate stakeholders must support this transition to higher impact procurement and the policies needed to accelerate grid decarbonization.

When the grid is fully decarbonized, everyone will be consuming carbon-free energy at all times and in all places; this is the climate-critical end goal. Let us all be laser-focused on this outcome. 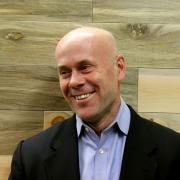