Why corporate tax savings should be held to a higher standard

Many are asking how last year’s U.S. tax legislation — the Tax Cuts and Jobs Act, or TCJA — will affect their responsibilities to the federal government going forward. Corporations, the largest beneficiaries of TCJA, are beginning to shed some light on the impacts of the new tax code to their bottom line through their first quarter earnings reports. They have been less forthcoming, however, in signaling how their lower tax bills might affect their commitments to society.

TCJA reduces the statutory tax rate paid by corporations from a maximum of 35 percent under the previous graduated rate structure to a flat 21 percent rate. Most of the current discussion around this part of the new tax code has focused on who will benefit from the windfall handed to corporate America: shareholders, wage earners or new job seekers.

While an important debate, corporations’ first-quarter earnings, the first to reflect TCJA tax savings, illuminate a unique opportunity to explore the larger responsibilities of corporations to society. Beyond simply focusing on their most immediate stakeholders, firms might also examine these new found resources within the context of their promises and progress toward how business can help solve increasingly severe social and environmental challenges.

Corporations’ first-quarter earnings, the first to reflect TCJA tax savings, illuminate a unique opportunity to explore the larger responsibilities of corporations to society.

In the first quarter of 2018, alone, TCJA is thought to have created more than $15 billion in excess earnings to the largest 500 U.S. companies. By the end of the year, the Office of Management and Budget (PDF) estimates that U.S. companies will pay $79 billion less to the federal government as a result of reductions in corporate income taxes. Total TCJA net tax savings to corporations over the next 10 years likely will grow to over $330 billion (PDF).

This unprecedented transfer of resources from public to private control deserves to be viewed much more broadly than simply through the lens of business’s traditional social contract. By increasingly privatizing the solutions to social and environmental challenges, corporations are sitting on a unique opportunity to invest in transformative and profitable business models that stand to shape new and sustainable economies. They also take on greater risks if these futures fail to materialize, as they will be the ones largely left holding the bag.

Not just about profits

Historically, corporate strategy has evolved within the perspective that the primary social responsibility of a law-abiding business is to maximize profits for shareholders, and in turn social welfare also will be maximized. In short, go quietly about business, tell no lies, break no laws, provide good jobs, sell things people want and make money. It’s the job of government and civil society to tackle complex social or environmental problems.

But this narrow construction of the relationship between business and society largely took shape during the 1950s, ‘60s, and ‘70s, influenced heavily by the the Chicago School and Milton Friedman, when corporate tax receipts ranged from 2.5 percent to 6 percent of U.S. gross domestic product.

A more contemporary view of the firm recognizes that business operates within a pluralistic community and that the responsibilities of business extend to reflect not just profits, but the interests of diverse stakeholders. This view is now embraced by just about every large global company, taking the form of corporate sustainability and social responsibility teams and initiatives.

But even as it becomes increasingly clear that firms who invest in sustainability often earn greater financial and market returns — and, that these firms tend to have employees, customers and investors that are happier and more committed — meaningful implementation of sustainability initiatives across core business practices have yet to materialize widely.

Under TCJA, where corporate tax receipts only amount to about 1 percent of GDP, the slow and often marginalized efforts of corporate social responsibility and sustainability take on a new and elevated role in business and society.

To date, corporate sustainability efforts have been much more focused on delivering reputational benefits than operational ones. Recent surveys of corporate sustainability and social responsibility professionals reveal that: only 6 percent report "results/walk the talk" as a reason for recognizing companies as "leaders" (GlobeScan-SustainAbility (PDF)); less than 11 percent report that integrating sustainability adds value to their operations (McKinsey Global Survey); and less than half anticipate that measuring progress on Sustainable Development Goals (42 percent) or climate change (38 percent) will be a high priority for their firm’s sustainability function in 2025 (BSR Member Survey (PDF)).

Unfortunately, the lack of focus on implementing actual, concrete sustainability practices stands in sharp contrast to the challenge and opportunity at hand.

Unfortunately, the lack of focus on implementing actual, concrete sustainability practices stands in sharp contrast to the challenge and opportunity at hand. A recent report of the Business and Sustainable Development Commission (PDF) (co-founded by Paul Polman, CEO of Unilever) identifies the next 15 years as critical for the implementation of sustainable development solutions, where "kicking the can down the road" will put "impossible environmental and social strains" on the global economy. The report also estimates more than $12 trillion in revenue and cost saving opportunities related to business solutions targeting food and agriculture, cities, energy and materials, and health and well-being.

There are numerous reasons why firms haven’t acted more quickly or forcefully, from sustainability being seen as too complex to its lack of common definitions to the fact that it doesn’t fit neatly into the business case (Ivey Business Journal). But, in the near-term, it is difficult to argue that dollars are short, particularly when adding TCJA tax savings to the unprecedented $3 trillion mountain of corporate cash and marketable securities on-hand at the end of 2017.

If I had a (few hundred) million dollars

Because TCJA slashed the statutory rate but did little to close existing loopholes, and even added a number of new ones, the University of Pennsylvania Wharton Budget Model estimates that the average effective tax rate for corporations, the rate they actually pay after allowable deductions and credits, will drop from 21 percent to 9 percent under the new code. A recent analysis from Thompson Reuters (PDF) expects 2018 first quarter profits of the 500 largest U.S. companies to grow by 18.4 percent over a year earlier, of which more than a third of that growth can be attributed to TCJA savings.

At the individual firm level, corporate earnings for the first quarter under the new tax code are beginning to surface and are staggering. JP Morgan (PDF) reported paying $240 million less in income tax than it did in the first quarter of 2017, despite earning $2 billion more pretax earnings. The Walt Disney Company reported earnings per share growth of 22 percent, excluding a one-time net tax benefit of $1.6 billion associated with TCJA. IBM (PDF) reported a 16 percent effective tax rate and $800 million discrete tax benefit.

This is real money that, as of a few months ago, would have been the people’s money.

Both firms consistently have led their sectors in shaping an impressive sustainability agenda, but this type of transformation — at this scale — will be advanced only through significant and sustained investment.

These commitments stand in isolation within glossy reports and interactive websites, far from the dull financial quarterly reports identifying a $504 million TCJA benefit to General Mills and a $207 million provisional benefit to Walmart (PDF). Many U.S. corporations undoubtedly find themselves in similar situations, collectively receiving a $330 billion shot in the arm that could make meaningful and significant progress toward not only meeting their sustainability goals and targets, but potentially reimagining them.

Time will tell if companies will put their money where their corporate social responsibility is. But, with interest rates on the rise, it may be the last best chance for society to demand that they do. 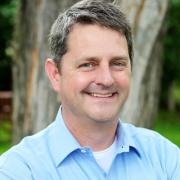 See all by Timothy M. Smith