Why directors are in the crosshairs of corporate climate litigation

Why directors are in the crosshairs of corporate climate litigation

The directors of RWE, a German energy company, probably never had heard of the small village of Huaraz, Peru before 2015. But Saúl Lliuya, a mountain guide and farmer there, sued RWE for climate-related harms that year.

Lliuya’s lawyers, supported by Greenpeace, argued that RWE’s historic green house gas emissions have contributed to increased global temperatures, which have in turn caused the glaciers around Lake Palcacocha to melt. The lake sits above Huaraz, where more than 50,000 residents face an increased risk of severe flooding.

The Higher Regional Court of Hamm, in Germany, agreed with Lliuya’s arguments and let the case proceed to the evidentiary stage. No matter what the outcome, the court’s statements that climate harms can, in principle, give rise to corporate liability, is historic — no other court has made this decision before.

The intersection between climate change, energy and corporate law is a fast-emerging area. This case is part of a second wave of litigation against corporations, and has implications for directors and their legal duties. Corporate fiduciary duties and corporate law traditionally have been insulated from environmental and climate concerns, but as the impacts of climate change escalate, this may no longer may be true.

The second wave of climate litigation

The directors of RWE are not alone. There has been an explosion of climate litigation launched against fossil-fuel intensive, or "carbon major" corporations.

The cities of Oakland and San Francisco have sued, as have New York and Baltimore. So have counties in California, Washington and Colorado, the state of Rhode Island and fishermen in Oregon and California.

Non-governmental organizations in the Netherlands have launched suits, and others are being considered in Toronto and Victoria.

Most recently, non-governmental organizations in the Netherlands have launched suits, and others are being considered in Toronto and Victoria.

These cases have been dubbed the second wave of climate litigation against carbon majors. There never has been a successful case against corporations for climate-induced harm — yet.

The first wave of litigation against carbon majors is less than a decade old. It was characterized by several unsuccessful cases, including American Electric Petroleum vs. Connecticut in 2011 and Native Village of Kivalina vs. ExxonMobil in 2012. 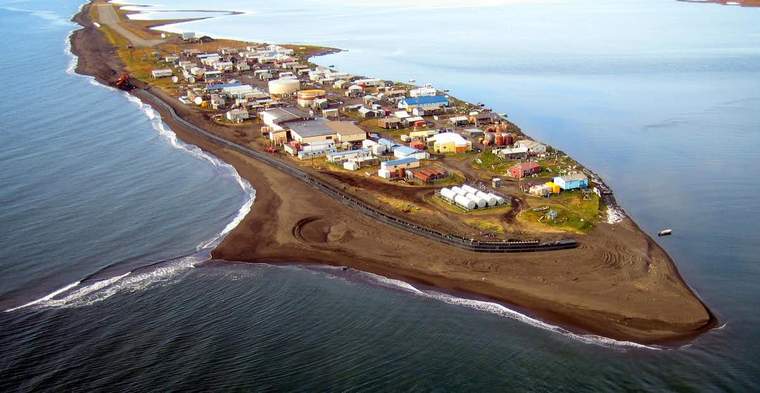 The U.S. Supreme Court declined to hear the case of the Alaskan village of Kivalina against oil companies. The village, seen here in 2006, is being washed into the ocean due to rising sea levels, sea ice loss and eroding permafrost. (AP Photo/Northwest Arctic Borough via The Anchorage Daily News)

These cases against carbon majors failed largely due to problems in proving causation under tort or public nuisance claims. That is, the plaintiffs had difficulties tracing climate harms to specific emissions made by particular corporations.

The judges in these cases were also reluctant adjudicators. They felt the systemic nature and complexity of climate change was a global issue best left to governments to manage. In the American Electric Petroleum case, for example, U.S. Supreme Court Justice Ruth Bader Ginsburg wrote in a unanimous decision that the issue was governed by the federal Clean Air Act and that the court should not intervene further.

Scientific research has evolved dramatically since then. In a 2013 study, Richard Heede, from the Climate Accountability Institute, attributed 63 percent of industrial carbon dioxide and methane emissions released from 1751-2010 to 90 carbon major entities. Heede’s work has been cited in almost all claims by plaintiffs in the second wave of corporate climate litigation.

Lliuya is claiming that RWE’s emissions contributed to the glacial melt that is endangering his community. Heede’s study established that RWE was responsible for 0.47 percent of historic global emissions. Lliuya is asking of 0.47 percent of the cost it will take for his community to adapt to climate change. The case may remain an outlier for some time, but it’s a historic legal development, with the court taking a broad view of causation.

In 2018, two California cities were unsuccessful in their lawsuit against fossil fuel companies. Like Ginsburg, U.S. District Court Judge William Alsup said the courts were not the place to address the issue. He also noted that the historic benefits of fossil fuels far outweighed the harm being caused by them.

Subsequent U.S. cases have been more strategic in their pleadings. Plaintiffs have tried to ground their cases more closely at the state level in order to avoid the federal barriers of the Clean Air Act. Instead, they have cited breaches of product liability statutes, failure to warn and design defect, as well as negligence and trespass.

Plaintiffs have tried to ground their cases more closely at the state level in order to avoid the federal barriers of the Clean Air Act.

They have patterned their pleadings more closely on tobacco litigation cases, as well as those against opioid and asbestos manufacturers.

Even if these corporate climate litigation cases are ultimately unsuccessful, they have implications for directors’ fiduciary duties.

Why these cases matter for directors

Fiduciary duties, as interpreted under Delaware law, where many of these carbon-majors are headquartered, require directors to pay attention to the risks faced by the corporation and to make informed decisions.

U.S. federal agencies such as the Department of Defense have identified climate change as a long-range, emerging threat that could adversely affect national security. Climate change is a threat to global fiscal stability, putting at risk one-third of global manageable assets (PDF).

Corporate climate litigation highlights the bidirectional risks of climate change: corporations emit greenhouse gases that increase climate impacts, but those impacts also directly affect corporations. Courts want to know that directors have considered all material information reasonably available to them, and the increasing impacts and risks of climate change to businesses mean climate risks and opportunities are now material.

Climate change poses tremendous risks to carbon major corporations whose assets and infrastructure are vulnerable to the impacts of climate change.

Failing to monitor and manage climate risk and disclose these risks to shareholders could put directors in breach of their legal duties. Climate change poses tremendous risks to carbon major corporations whose assets and infrastructure are vulnerable to the impacts of climate change.

The impacts of wildfires, for example, have led PG&E to seek bankruptcy protection, and a recent case in the Supreme Court in Canada determined that a bankrupt oil company was still responsible for the costs of remediating its abandoned wells.

As the impacts of climate change escalate, bankruptcies and other corporate financial woes are likely to increase.

Plaintiffs are also using corporate law and securities law in this second wave of climate litigation, raising the stakes even further for directors of these carbon majors. New York claims ExxonMobil defrauded shareholders and a separate civil suit alleges ExxonMobil and its executives misrepresented the impacts of climate change on its business.

Directors must consider and assess the risks of climate change to their businesses in order to comply with their fiduciary duties, particularly in corporations highly exposed to the risks of climate change. Investors will continue to be concerned about climate litigation as well as climate risks, and they will continue to raise the issue at annual general meetings. It is likely that these are issues that RWE’s directors are now carefully considering.

Will the private sector be held liable for climate change?

As climate lawsuits heat up, doing nothing becomes riskier business

What to expect with the rise of climate litigation

Why is the Insurance Industry So Eerily Quiet on Climate Risk?

Episode 208: Levi Strauss and corporate philanthropy, how to talk to CFOs

The premiere of the GreenBiz weekly newsletter about sustainable food systems