Why eBay doesn't want to shout about its green credentials

Like millions of people, Emma Bell, a 25–year-old doctoral student living in London, regularly uses eBay to buy secondhand clothes and snag a bargain. She buys clothes once or twice a month on eBay mainly because it's cheap, there's a lot of variety and shopping online means she can get clothes delivered to her door.

"A lot of my friends are in proper jobs now whereas I'm still a student, so they can afford all the nice things but I can't," she tells BusinessGreen.

Emma recently read Tansy Hoskins's Stitched up: The Anti-Capitalist Book of Fashion, which catalogs the problems of fast fashion, where poorly paid workers make low-quality clothing that is designed to be bought and thrown away, eating up resources and fueling supply chain impacts.

Now she is starting to realize that her eBay habit may also have an implicit environmental benefit by allowing clothes and other items to be reused instead of sent to landfill. "It's not something I always thought about but am more frequently considering it," she says.

With a pool of 25 million users, eBay is one of the most successful examples of the sharing and circular economy, but it is still working out how exactly to promote this message as part of its wider sustainability strategy.

Speaking to BusinessGreen, Lori Duvall, director of sustainable operations for eBay, says green marketing is significantly more complex than people used to think. "Over the years we've seen all sorts of trends, where suddenly everyone decides they're going to put a leaf on everything and somehow that magically people want to buy it," she says. "I think there's a pretty healthy skepticism about at least positioning an environmental message up front is necessarily driving a lot of purchasing behavior." 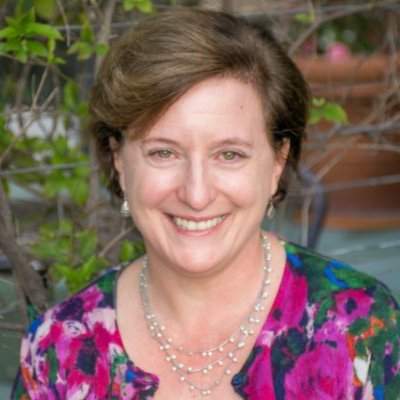 eBay
</p><p></p><p></p><p>EBay Director of Sustainable Operations Lori Duvall</p>
She says eBay is experimenting with post-purchase marketing instead, congratulating buyers and sellers on helping the environment once they have sealed the deal.

"Everybody in the past has had all hands on deck trying to take advantage of green marketing for both pure and frankly blatantly commercial reasons, so consumers have ended up very confused and at best these efforts are neutral," she says. "In the U.S. we've even observed that you put an environmental message on there and it disincentives purchasing."

She points to the example of Tesco, which dropped carbon-footprint labeling on products, blaming the amount of work involved and other supermarkets for failing to follow its lead. Rather than detailing precise metrics, eBay would prefer to put a simple message outlining the broad benefits of reuse, she says.

"The whole idea of life cycling is complicated," Duvall admits. "It's straightforward to get to the answer of new or pre-owned."

EBay shopper Emma Bell agrees, saying she'd much rather see the green benefits as a positive afterthought rather than pushed at her from the start.

In the meantime, Duvall is busy preparing for eBay's split from online payments business PayPal, ensuring that both companies will have deeply embedded sustainability strategies covering areas such as datacenter efficiency and shifting to renewable energy use after their separation this summer.

Duvall says she will remain with eBay to focus on work boosting the company's circular economy credentials, although co-operation with PayPal will continue.

"EBay and PayPal will remain close cousins on this work for quite some time and we really do want it to not only continue but then grow into its unique self in both of these companies," she says, adding that both companies plan to separately continue reporting to the Carbon Disclosure Project (CDP).

The pending split has raised expectations among investors that PayPal will become a takeover target as other big tech companies, such as Apple, move into the payments business.

Hopefully, Duvall's work embedding sustainable business practices will ensure that any potential new owner will take the company's environmental commitments with them.

This article first appeared at BusinessGreen Plus.

How She Leads: Lori Duvall, eBay