Why economic 'degrowth' is an ethical imperative

The following is an edited excerpt from "Frugal Value: Designing Business for a Crowded Planet" by Carina Millstone (Routledge, Taylor & Francis Group, 2017).

Human development and prosperity require resource use; yet overuse of resources in the legacy economy has already led to the breaching of planetary boundaries. 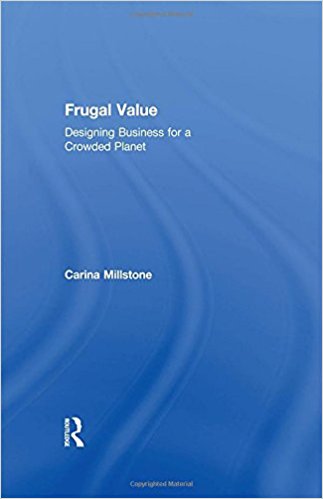 For example, it is less useful to think of using fossil fuels as a resource, which are relatively abundant, and more important to think in terms of the capacity to burn fossil fuels, which, if we are to mitigate climate deregulation, we must regard as very scarce. But, because impacts on sinks and regulation are a consequence, specifically, of resource use, resource use is a good shorthand for both resources and all their impacts, and, most of the time, reducing resource use also reduces impacts on sinks and regulation.

While overall resource use has had nefarious impacts on planetary systems, affecting everyone, resource use itself, and the economic activity it supports, have not been distributed equally from country to country (and, indeed, from individual to individual within countries).

Citizens living in the countries with the lowest per capita consumption of resources consume two tons of materials per person per year for their food and shelter; while those living in countries with the highest per capita consumption use 60 tons of materials per capita per year (often for skyscrapers, artificial islands and desert snow-domes.) Note as well that these figures refer to yearly consumption; citizens of higher-consuming countries also benefit from enormous amounts of resources consumed in the past, embodied in our cities and infrastructure.

This inequality in resource use reflects inequality in the maturity of the legacy economy, and correlates very strongly with human development. In fact, the link between resource use and development couldn’t be clearer: The bottom 30 percent of countries with the lowest score on the United Nations Human Development Index (HDI) all consume less than 10 tonnes of materials per capita.

We cannot rely on global economic growth for long-term development and prosperity.

At the same time, we know that economic growth requires using the planet’s resources; that their quantity and quality is declining over time; and that, more alarmingly still, resource use is dangerously interfering with planetary sinks and regulations. In short, economic growth lifts people out of poverty and sustains material prosperity; yet it is reliant on the use of declining resources and results in unacceptably dangerous environmental impacts, and the breaching of planetary boundaries. We cannot rely on global economic growth for long-term development and prosperity.

What is the way out of this conundrum? As growing populations require further resource use, population reduction and stabilization is often presented as the panacea to sort out our ecological mess. A reduced global population would clearly require fewer resources for its material comfort — and it is true that the massive growth in resource use of the legacy economy is linked to the global population explosion.

Just 200 years ago, the total world population was 1 billion; during the course of last century, population quadrupled; today, there are more than 7 billion of us. These numbers are unprecedented in planetary history: so much so, that high population numbers is a defining feature of our time — we truly live on a crowded planet. But what global population numbers would be ideal today?

This would clearly depend on the level of prosperity of said population, or the amount of resources that would be required to sustain its economy and way of life: with low economic development requiring minimal resource use, the planet could support many. Attempts have been made to estimate an ideal population size. For example, the U.K. land mass could support somewhere between 17 and 27 million souls, with today’s affluence, derived with today’s technologies. With that same lifestyle, the planet’s optimum global population could be as low as 2 billion.

We truly live on a crowded planet.

But that ship has long sailed. With a projected population of 9 billion to 11 billion in the next 30 years, we would need to get rid of 7 billion to 9 billion humans to achieve sustainability through population reduction alone. While access to reproductive choices is critical in stabilizing global population numbers, and improving the lives of millions of women and their families, it can clearly not reduce population on the scale required to lower projected forecasts by some 7 billion.

To make matters worse, we can expect increased resource use overall, and per capita, and different types of resources being consumed, by the growing populations of poorer countries: the so-called "Global South." As economies grow, the use of fossil fuels, ores and construction and industrial metals and minerals increases significantly, lifting populations out of poverty and increasing their material comfort — but with serious impacts on planetary systems. This situation is exacerbated further still by the fact that countries experiencing some of the strongest economic growth are also those with the fastest-growing populations.

Resource use and the threat to the planetary systems it has created will get worse unless radical changes take place in overconsuming, Global North economies. These need to massively reduce their resource use, which will require economic "degrowth."

The shift to the economy-in-planet requires significant resource use reduction and degrowth of Global North economies.

Degrowth is the name given to the planned, deliberate process by which we can transition from an economy in ecological overshoot to one that operates within its host planetary environment. One definition would be the "equitable downscaling of production and consumption that increases human well-being and enhances ecological conditions at the local and global level" (Schneider et al., 2010).

Degrowth requires rethinking our understanding of prosperity. Essentially, it requires a move away from high-resource-consuming and high-greenhouse-gas-emitting lifestyles, to decarbonized, low-materials lifestyles. Note that many of our politicians are increasingly on board with the need for full decarbonization of the economy (or the move away from fossil fuels); but have not yet begun, or are only just starting, to grapple with the need to significantly lower use of all materials as well (no less because materials often require energy-intense processes in their transformation).

Crucially, degrowth only applies to those countries that consume an overly large share of the world’s resources (whose citizens enjoy an affluent lifestyle reliant on high levels of resource use). It aims to remedy the fact that some countries (and their citizens) "utilize" a far greater share of planet than others to live lives with high levels of material comfort.

Degrowth is the planned, deliberate process by which we can transition from an economy in ecological overshoot to one that operates within its host planetary environment.

If all humans had North American lifestyles, for example, we would need somewhere between three and four planets to have enough resources to go round — and for our multiple planets to act as effective sinks and natural regulators. If we all had the lifestyles of some of the poorest countries, by contrast, we could manage with just the one. In essence, many of us in the Global North have sustained high levels of affluence and material prosperity by consuming a far greater share of materials and fossil fuel energy than poorer countries.

Since there is simply not enough planet to go round— not everyone can live "Western" legacy-economy lifestyles on one planet — sustaining our lifestyles requires keeping the poor in poverty. We may not like this, or deny it, but it's nonetheless pretty much what has been happening to date in the legacy economy. Global North countries’ refusal to act meaningfully on climate change is an example of this: We continue to sustain high-greenhouse-gas-emitting lifestyles, while depriving those living in poverty the opportunity to burn these fossil fuels themselves — and, worse, knowing that they will suffer the impacts of climate change disproportionately.

Degrowth is the process by which this global injustice is addressed: if poorer populations of the Global South are to increase their economic activity and material prosperity (albeit necessarily following a growth trajectory different to the Global North’s industrialized path, which led us into our environmental cul-de-sac in the first place), requiring resource use, the share of global resources consumed by Global North countries must necessarily decrease. As a requirement for development of poorer, underconsuming countries (and their citizens), degrowth is an ethical project of global equity.

It is also realpolitik: Ethics aside, economic growth is happening at an unprecedented pace, in a process beyond the control of "overconsuming" countries. Degrowth is planning for the implications for Global North lifestyles and economies of the Global South’s economic takeoff: The unplanned version of this decrease can only mean instability, hardship, and threats to human health and security through lack of access to essential resources.

Degrowth is an ethical project of global equity.

Reaching a "fair" allocation of planetary resources across countries (and for all citizens) requires a process of "contraction and convergence" of resource use, to a steady, sustainable level, congruent with the requirements of the economy-in-planet [a sustainable economy congruent with its planetary host].

Contraction and convergence is a notion developed by the Global Commons Institute to describe a mechanism to stabilize the climate through a reduction of emissions overall and equal emissions per capita.

The same logic would underwrite an expansion of the concept of global convergence to all resource use — not just the capacity of the atmosphere to absorb carbon pollution. The contraction required by global convergence can be quite dramatic: for example, a "fair" use of steel and aluminium, given the environmental impacts associated with these metals, would require a contraction of use by at least 80 percent by 2050 compared to 2005 levels in the U.K.; for timber, over 70 percent (cited in Cooper, 2005). And the scale of the reduction in resource use is all the greater, since the planetary boundaries have already been overshot.

At home in the Global North, degrowth is not exactly the most appealing of platforms, with mainstream political and business discourse focused exclusively on growth and the avoidance of recession and stagnation. But degrowth is neither of these. It is not recession, as it is a planned, deliberate alteration, not a malfunction in a growth-based system. More importantly, degrowth does not mean "shrinking" all areas of human life or of the economy: it does not preclude qualitative development of human activity: care, arts, sports, appreciation of the natural world. Degrowth applies specifically to resource use in the economies of the Global North, the material basis of our economy which is the subset of the planetary system. The resource reduction imperative requires degrowth, and vice versa. 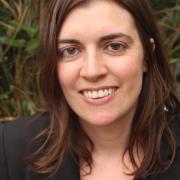 See all by Carina Millstone