Why electronic ingredient lists should be a 'must-see' at CES

Those attending the Consumer Electronics Show, taking place Jan. 7-10 in Las Vegas, can feast their eyes on 3,200 exhibitors' sparkling new products. What attendees won't be able to see are those products' ingredient lists. With more "ingredients" than in your typical morning cereal or shampoo, electronic products have long global supply chains, making it difficult for electronics companies to completely and definitely answer the question: "What's in my products?"

Why is it important that this question be answered more quickly and clearly? Here are three good reasons:

1. Corporate customers can require it. For example, Sony's 2001 Green Partner Standards convinced Coherent Inc.'s CEO — under threat of losing a third of the company's revenues — to designate an SVP to create and maintain two comprehensive databases: one of substances in the electronics portion and another for the mechanical parts of Coherent's laser systems.

2. Executives can get market distinction by proactively restricting substances. In 2004, Nokia's management required the company's contract manufacturers to eliminate 200 substances from Nokia's products —a far greater number than the six substances that would be restricted two years later by the European Union's 2006 Restriction of Hazardous Substances (RoHS) Directive. "Our stakeholders determined that these 200 substances are harmful to humans and the environment, and we don't want them in our products," Nokia management said at the time. (See Nokia's list today.)

3. Regulations force the issue. RoHS restricted 6 substances from electronic and electrical products in mid-2006. The EU's late-2006 REACH Regulation has so far placed 151 substances on its restriction list, and other similar requirements have sprung up around the world, in countries including China and South Korea.

And now, California's new Safer Consumer Products Regulation (SCP) — effective Oct. 1, 2013 — may provide the most compelling reason yet to once and for all diligently track the substances in electronic products.

Does the California regulation affect the global tech industry? 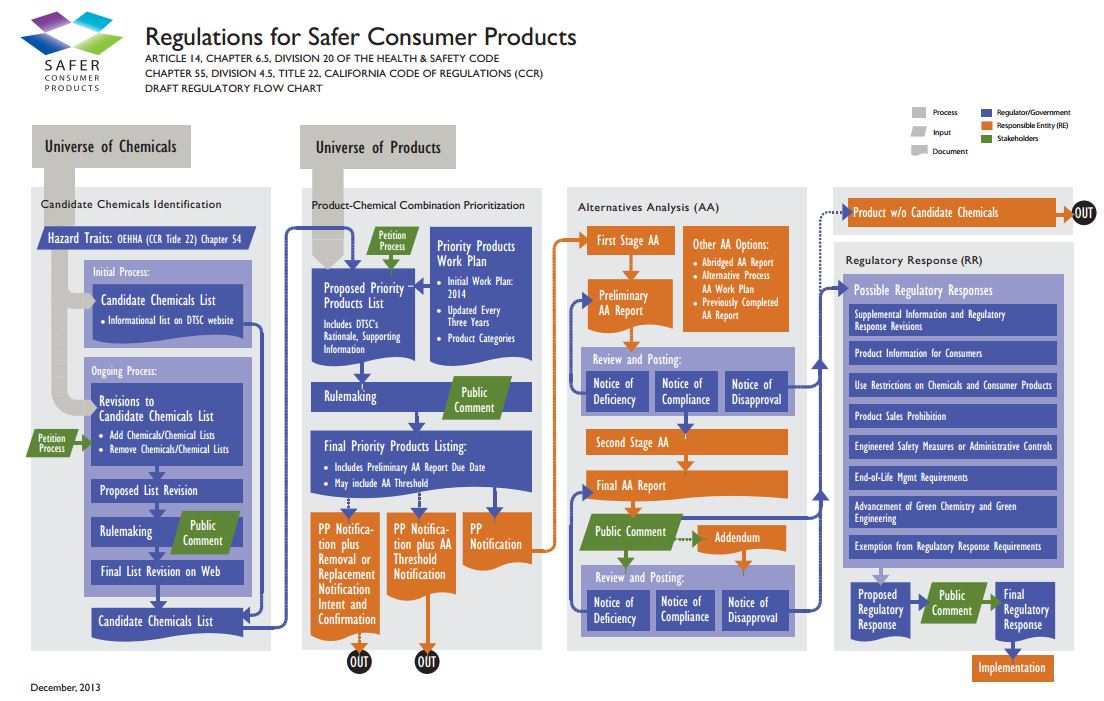 Though it doesn't immediately seem to be the case, the answer to this question is a definite yes.

The state's first set of chemical obligations is known, but the regulation is not yet pointing directly at electronics as one of the first five "priority products." The reason the California agency responsible for these regulations (DTSC) isn't likely to choose an electronic product in its initial list is that electronic products are very complex — typically comprising many kinds of components (memory chips, circuit boards, batteries, housings, connectors, wires, cables and more) that contain even more chemistries. Instead, it looks like the DTSC will choose consumer products (such as removing formaldehyde from hair straighteners) with a limited list of ingredients that have greater potential for human exposure.

That said, the chemicals on the existing priority list — including metals and plastic building blocks — are commonly used in electronics. Combine this with the long supply chain that prohibits instant changes, and the result is a directive for the tech industry to start lining up preparation now.

Consider that restricting lead in electronics, prompted by RoHS, entailed years of evaluating alternative materials' toxicity, environmental impacts, reliability, heat tolerance, and effect on other parts during soldering. If the industry waits to research alternatives until the letter arrives from the DTSC, there will not be enough time to change supply chains.

Bottom line: It is better to have a solution in your back pocket, even if you don't use it, than to be out of the market because you have no solution.

Some large global tech companies take regulatory compliance so seriously that they have entire teams of people tracking laws and investigating their products' substances. Yet questions about SCP's relevance exist at tech companies not squarely in the "consumer product" space. Cisco's Substance Compliance Leadership Team provided this statement: "Given that Cisco no longer operates in the consumer space, we're not taking a public position on the new Safer Consumer Products Regulation."

Because so many tech companies rely heavily on electronics contract manufacturers for their products' production, giants including Flextronics must grapple with how SCP will affect their customers' wide ranges of products and regions. Bruce Klafter, Flextronics' senior EHS director, is waiting for the SCP's initial product list to be released. "At this point," Klafter said, "it looks like the California agencies have become mindful of the havoc they could wreak if the list of chemicals is too broad. The bigger question is harmonization: Our customers are managing to a global standard; we take their specs and incorporate them into what we do. To the extent that an HP or other large customer is on the bleeding edge of substance restriction, Flextronics needs to operate on that level."

Why the industry should come together

Complying with California's SCP will not likely be about competitive advantage. When earlier regulations were released, it was a trap for individual companies to pursue compliance faster than competitors. Companies thought independent progress would give their products competitive edge; instead, this tactic consumed valuable people resources, led to additional costs, and generated no additional sales. The buying public doesn't typically care if their computer or mobile phone complies early to a regulation they've not even heard of. After all these years, how many consumers have heard of RoHS? 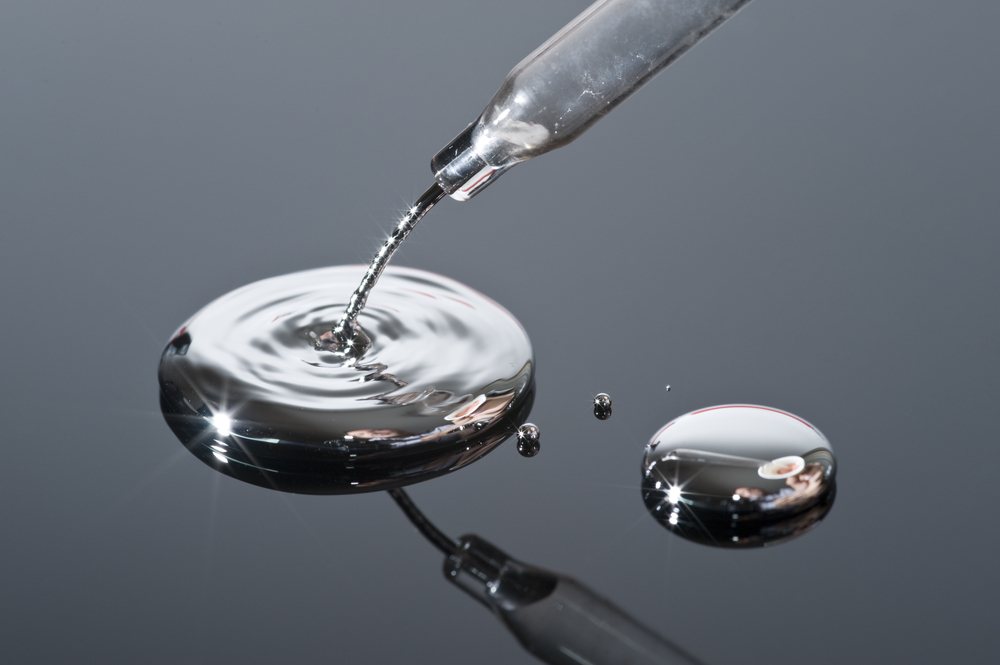 Through coming together as a broad industry, we can accomplish more than by acting as individual companies. It's important to get educated about the regulation and take it seriously; collaboratively look ahead at SCP's prospective chemical combinations and set aside those that aren't truly essential to electronics; and objectively analyze which common substances are critical compared to those that can be eliminated or replaced with something benign.

It's also imperative to avoid the trap of thinking that, since your supply chain meets all the requirements of comprehensive regulations such as REACH, you are safe. While the SCP regulations did consider various aspects of REACH, there is actually very little overlap between the substances on the initial priority list of candidate chemicals from DTSC and the REACH Substances of Very High Concern (SVHC) list. Also, the detection limits for the SCP are much lower than for the REACH SVHCs.

How to track substances

The electronics industry's recent experience in complying with Dodd Frank has proven that it is possible to truly dig into a supply chain. All the experience gained from this exercise will have to be put to use as companies begin tracking substances down to a parts-per-million level. Software companies including SAP have many years of experience in using the information available from supply chains to begin the process.

"Companies working with SAP have ingredients in the database," said Richard Vermeij, senior director of sustainability, product safety and stewardship at SAP. "This is a wonderful stepping-off point for companies to begin to understand the chemistries they have in their products. There are a number of approaches available depending on the level of complexity of the products and the supply chain's needs."

The key is to start asking the right questions now. Don't wait; instead, begin by taking the small steps needed to begin the process. You will soon find those suppliers who are willing to work with you and those who won't or that throw up road blocks.

In making changes, it's important to start at the beginning — the design of electronic products. Training entire product-launch teams in design-for-environment (DfE) principles allows tech companies to consider alternatives to restricted materials from the product concept phase. Designers need be trained in environmental impacts of and regulations restricting substances from raw materials through manufacturing, transportation, use-phase and end of life. It's important to understand that this process requires a long time frame (think of how long it takes to design out brominated flame retardants and phthalates).

There is good news about SCP from the perspective of designing in alternative materials: It doesn't rush to replace chemicals or materials with alternatives that are as bad or worse. For example, RoHS law restricted lead from electronics, yet the tin that has replaced it may not be much better environmentally. This supposedly won't happen with the California SCP regulations. A thorough alternatives assessment is required, including analyzing tradeoffs of using one material compared to another.

Realize that addressing California's new regulation is of global concern, and leverage consultants who have already helped other companies to comply to similar regulations. After running into regulatory restrictions on key components of tires in Europe, the tire industry hired Cardno ChemRisk to look proactively for other vulnerabilities that might exist. Since instituting this program almost a decade ago, no bans or surprises have hit the tire industry, which like the electronics industry has long lead times for change.

Who knows? Maybe ingredient lists will be the "must see" at CES 2015.

Circuit photo by Raimundas via Shutterstock 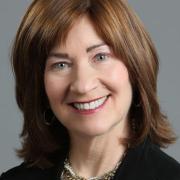 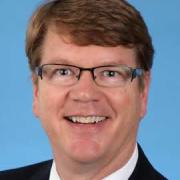 With bans on gas-powered vehicles, here are key steps to increase EV equity

Coaching the C-suite in profitable sustainability

See all by Pamela Gordon