Consider it a potent combination for reducing emissions, in the most cost-effective manner possible.

To approach any 100 percent renewable energy scenario, improved energy efficiency is needed in both energy-supply sectors and energy-consumption sectors. More than 60 percent of energy produced in the United States in 2016 across all sectors was wasted, according to the Lawrence Livermore National Laboratory, so there is plenty of room for improvement. 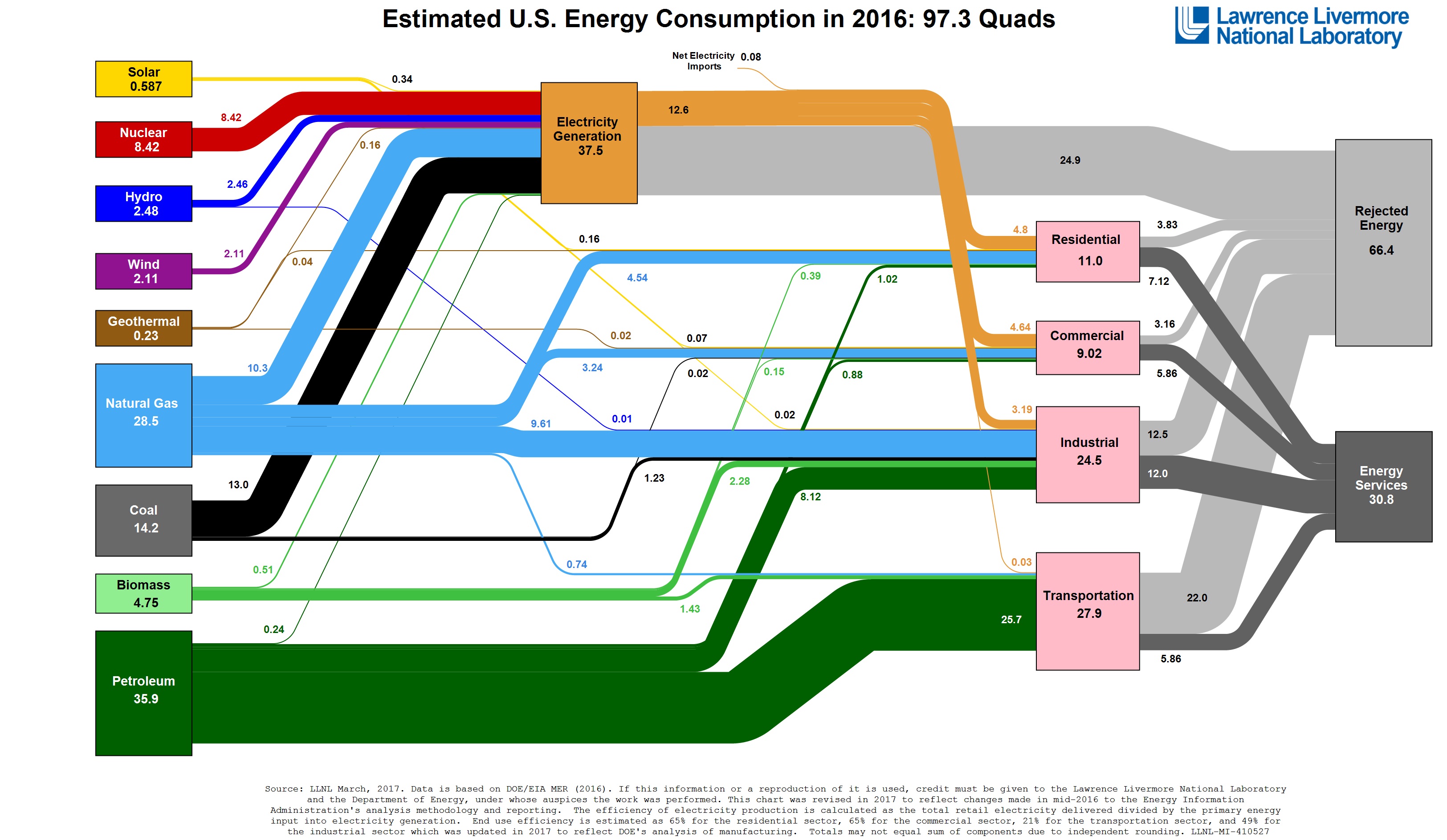 Driving the discussion about renewable energy is the need to reduce global greenhouse gas emissions. The 2015 Paris Agreement aims to limit the total global warming due to human activities to 2 degrees Celsius. Pairing energy efficiency with renewable energy deployment can achieve 90 percent of emissions reductions required to meet this goal, according to IRENA.

"All of this is daunting," Heinberg said in a 2016 webinar hosted by Security and Sustainability Forum. "But none of it really is optional."

Both the IRENA report and the Post-Carbon Institute book point to specific ways that energy efficiency can support this shift.

To reach 100 percent renewable energy, the world must overcome technical, political, cultural and financial challenges. The IRENA report finds that energy efficiency can help overcome many of these challenges.

Researchers modeled energy use in China, Germany, India, Japan and the United States, five countries with some of the highest energy usages. The report compares three energy-use scenarios: a business-as-usual scenario, a scenario with increased renewable energy, and a scenario in which renewable energy is paired with energy efficiency measures.

When paired together, energy efficiency and renewable energy can support broader transitions in the system.

The report is based on original research by IRENA staff in collaboration with Utrecht University in the Netherlands.

This shift includes sector coupling, which refers to the efficient exchange of energy resources between sectors. For example, excess heat from power generation can be used for municipal heating or industrial processes.

Energy transition also includes electrification of processes that currently rely on fossil fuel energy. Services that are powered by electricity rather than fossil fuels can be served by renewable sources.

Some debate about 100 percent renewable electricity focuses on the technical feasibility of increasing the contributions of solar- and wind-generated electricity to grids. These resources provide intermittent power, which can challenge the stability of electric grids.

Deep retrofits and efficient electrification of transportation and buildings will change electricity-demand patterns in ways that can support renewable energy deployment. IRENA points to electric vehicles as an enabling technology for increasing the share of intermittent renewable energy.

Even with efficiency improvements, reaching 100 percent renewable energy will be challenging.

According to the IRENA report, "Renewables could feasibly account for two-thirds of the world’s energy supply in 2050."

In their webinar, Fridley and Heinberg said they recognize the enormity of transition to renewable energy. According to Heinberg, "This is going to be one of history’s major turning points."

Like the IRENA report, Fridley and Heinberg’s book focuses much attention on reaching sectors of the economy that run on fossil fuels. Transportation is key.

"Moving toward electric personal transportation as fast as possible is important," Heinberg said.

In addition to using energy more efficiently, the building sector will need to change construction practices.

"Many of the materials we use for manufacturing are fossil fuels," Heinberg said. "We’re going to have to start building with a lot less concrete and steel.”

The challenge goes well beyond improving energy efficiency in transportation and buildings.

"Our food system is an abject failure from a sustainable point of view," Fridley said. "We expend 12 times more energy than what is delivered to us in the form of food."

For Fridley and Heinberg, public behavior and preference is central to increasing renewable energy. This includes the importance of consumer decisions that drive improvements in agriculture but applies to the energy transition generally.

"It’s going to take buy-in from the general public," Heinberg said. "If [citizens feel] the whole thing is rigged in the favor of a few fortunate people, that’s not going to happen."

See all by Sam Mardell