Why the energy finance cycle is prime for disruption

Experts agree that the world is transitioning to new energy sources, and the next disruption may be around the corner.

At the annual MIT Energy Conference on March 2-3 in Cambridge, Massachusetts, practitioners and entrepreneurs gathered to discuss their views about the future of energy.

The panel Energy Financing — from Idea to Investment and Onward focused on how the industry can think about financing innovative projects that may struggle in a highly regulated market with big players.

How the solar market is set to disrupt the energy sector

Tony Seba, cofounder of RethinkX, said the solar market is showing all the signs that would indicate an exponential growth period in the years to come. This is similar to what other products such as cell phones have experienced in the past.

Seba said he foresees a disruption in the market. All the ingredients are there. Graphically, he said, solar technology adoption curves are "no longer S-curves; they are J-curves shooting right up."

solar technology adoption curves are 'no longer S-curves; they are J-curves shooting right up.'

This means we should expect solar energy to continue growing exponentially in the coming years.

Along this line, Richard Matsui, CEO and founder of kWh Analytics, said there is an opportunity to participate in the clean energy trend — either upstream as a manufacturer or downstream as a service provider.

Panelists discussed the decreasing costs in the solar industry and the impact this will have in upcoming years.

Due to distributed generation and solar technology, the value chain is being inverted — with energy consumers becoming potential producers. The energy markets’ business model is adapting to all of the newly generated energy. It still has to find new models and structures in order to incorporate potential producers and consumers into the grid. Many potential solar power users are not part of the market because information about credit scores and financial solvency is not flowing through the system.

Solar panels are still not economically accessible to most homeowners, the distribution and management of that energy is still not in place and concerns around the size of the market are still present. The challenge is: Where can companies find value for customers, the grid and the market as a system?

The challenge is: Where can companies find value for customers, the grid and the market as a system?

In this new landscape, existing utilities, as large, established players, have a major role. Utilities are important for the energy system because they distribute energy and allocate risks. However, utilities may not have incentives in place to innovate, as many have regulated returns on investments as well as an established consumer base.

Andy Lubershane, director of research at Energy Impact Partners, said utilities’ priorities are to find ways to pair new business and technological models. He said two of the main advantages of working with existing utilities are that they have access to cheap capital and that they have a wide customer base.

Lubershane also said he acknowledges that "regulated utilities missed out on the first wave of renewables growth in this country, especially distributed solar."

Matsui said some utilities have been aggressive in protecting their markets but at the same time have explored the new solar and wind markets.

Building on that point, Lubershane said that for utilities, growth has been stagnant. But there have been opportunities to compete, even in highly regulated states. There has been an acceleration in which new companies try to get between utilities and their customers. That also has translated into pressure pushing regulators to open up markets for new players to compete.

How financial markets can use data to catch up

Lubershane said a priority he considers important is to take as much risk as possible away from customers in pursuit of lowering financial costs.

In response, Jeff McAulay, cofounder of Energetic Insurance, said an explosion of data reveals the real risks of projects. This growth in knowledge will help the financing and deployment of projects.

One other piece of the puzzle, McAulay said, is the insurance companies’ role. In a market where customers and new companies may not even have credit ratings, players need assistance in distributing those risks.

In a market where customers and new companies may not even have credit ratings, players need assistance in distributing those risks.

The panelists said the lack of data and information increased financing costs for projects. By having traditional players in the banking industry on board, such as insurance companies, there is an opportunity to deploy a wider array of projects across the value chain.

What innovations still have a long way to go?

The panelists said a number of potentially disruptive innovations still need to be proven in the financial markets. Blockchain is one of them. Another is commercial securitization of solar energy. A third is the pairing of solar energy markets to mortgages. This involves being offered the option of having solar energy when buying a new home.

The panel concluded that energy players need to focus on the basics, stay close to their customers and find efficient and innovative ways to fulfill their energy needs. 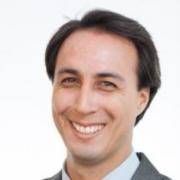 See all by Camilo Monge