So much for globalization. The consensus among 1,400 chief executives of the globe’s largest companies is that the world is growing more fragmented and unstable, which for business is manifesting in divergent legal and regulatory schemes, currency fluctuations and differing cultural beliefs among consumers.

These business leaders, from 83 countries and a cross section of industries, were pessimistic about global economic prospects, to a degree that seemed to surprise even to PwC. Only 27 percent expected the world economy to grow in the next year, although most were more confident about prospects for their own companies' growth.

"This complicated world picture isn’t just being shaped by economic and geopolitical trends. We believe there is a more fundamental shift taking place, namely from a globalizing world to one with many dimensions of power, growth and threats — a transition that we call multi-polar," wrote PwC Chairman Dennis Nally, introducing the survey findings.

He said the majority of CEOs already anticipate this transition, specifically:

"No wonder there is so much concern about growth and where it will come from," Nally concluded.

Released days before the World Economic Forum begins in Davos, Switzerland, the survey dovetails with a similar survey by WEF.

The WEF Global Risks Report 2016 from a survey of 750 leaders in business and government, philanthropy and academia who will attend the event, also cited such things as "profound social instability" and "large scale involuntary migration" as big threats to the global economy in the near future.

But the WEF group cited "failure of climate change mitigation and adaptation" as the cumulative biggest threat in that it would have both a big impact and is likely to occur, its survey respondents said.

Alex Wittenberg, executive director of Global Risk Center at Marsh & McLennan Companies, which joined WEF in the research and analysis effort, said, "This year's report recognizes that political and social instability are at their highest level since the end of the Cold War and that the complex interplay between economic, societal and geopolitical challenges is generating turmoil in many parts of the world."

Both reports portrayed the interdependence of political upheaval, climate change-provoked food and water crises and economic volatility. People become restless and dissatisfied when they are suffering from deprivation or hunger or lack of economic opportunity. Severe drought and other climate change-induced stresses in the Middle East have contributed to the political upheaval and violence there, according to U.S. Secretary of State John Kerry's address to COP21. China's long-torrid economy is slowing. This slowing has occurred as its citizens choke on pollution from coal-fired factories and power plants. 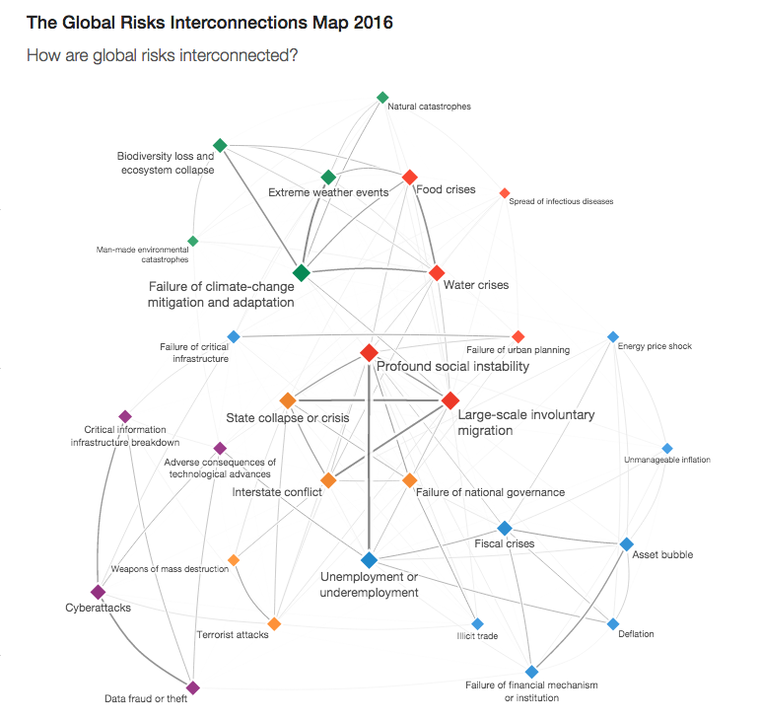 But in the context of that complex world picture as well as the role of social media in influencing brand reputations by allowing rapid communications of sentiment, likes and dislikes among consumers, most CEOs surveyed said consumers are the biggest driver of their strategies. Moreover, those strategies more often than ever before include a driving "purpose" beyond growth and income. Increasingly, consumers want companies to help solve world problems, particularly climate change. Three-quarters of CEOs said success is now defined by more than financial profit and 24 percent of the CEOs said their companies are focused around some social or environmental purpose in addition to making money.

"CEOs tell us that customers will increasingly judge companies based on how they help greater society and how they live up to their own values. Notably, nearly a quarter of CEOs said their company has changed its sense of purpose in the last three years to take into account the broader impact it has on society," PwC Chairman Nally said. 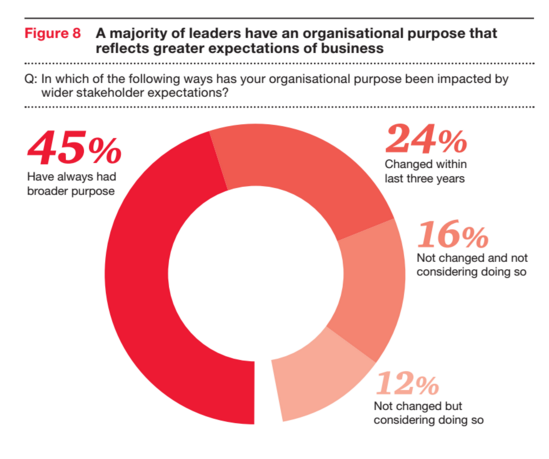 Ahead of Davos, WEF warns of dire environmental risks

Is the US Losing the Leading Role in Smart Grid?