Why HP is getting its voice back

A few years ago, Hewlett-Packard was top of top of mind when it came to sustainability leadership companies. Leveraging the environmental legacy of its founders, William Hewlett and David Packard, the company was an outspoken advocate for green product design, recycling and harnessing IT to create a better world.

And then it got quiet. For the past few years, we didn’t hear much from HP about environmental issues. It had bigger fish to fry. Between 2005 and 2011, for example, the company had six different CEOs. The markets for its key products — computers, printers and servers — became increasingly competitive, squeezing profit margins. The company, said analysts, had lost “the HP way,” the culture of teamwork, flexibility, innovation and integrity that had defined the company from its early days at the dawn of World War II.

The company is on more solid footing these days. Sales are back, management under Meg Whitman, HP’s president and CEO since September 2011, has stabilized. And the company — which this year celebrates its 75th birthday — is once again finding its voice in the world of sustainability. Indeed, sustainability has become part of HP’s growth strategy.

HP’s story is one that other companies could easily tell. Take 3M, for example. It was one of the first companies to establish a pollution-prevention policy, back in 1975. During the 1990s, it was the poster child for proactive leadership on environmental issues, demonstrating how its Pollution Prevention Pays program had saved the company hundreds of millions of dollars. 3M has been very quiet lately — another company that seems to have lost its sustainability leadership voice.

In HP’s case, business and market turmoil forced the company back to basics. “In the last few years, sustainability at HP had become increasingly more about the things that the company needed to do to meet the requirements of regulations and to be out ahead of regulations whenever possible,” Chris Librie, who leads the company’s environmental efforts, told me recently. “It was very much about compliance and about doing less harm.”

It wasn’t that the company lost its leadership. HP has long been a well-regarded company. It came in second among U.S. companies in the 2012 Newsweek Green Rankings. In 2012, it was added to the Dow Jones Sustainability Index, which covers the top performers in economic, environmental and social criteria among large publicly held companies. (The company was dropped from the DJSI in 2011, then added back in 2012.) HP last year scored 99 out of 100 for disclosure by CDP and was given an "A" in performance by that organization. It also has received top honors from the CDP Global 500 Climate Change Report 2013 and the FTSE4Good Index. Even Greenpeace, which in 2009 spray-painted "Hazardous Products" on HP's headquarter rooftop, ranked the company No. 2 globally in its 2012 Guide to Greener Electronics. 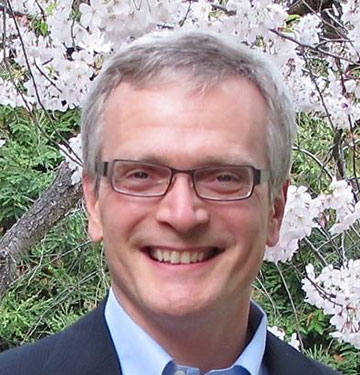 Now, with things looking up, says Librie, “We've begun to rediscover these underleveraged assets and the fact that the great work that had been going on and is actually a force of great strength for us.”

That’s a similar theme I’ve heard at other companies: that strong sustainability programs help companies through tough economic climes. The reasons, among many: they strengthen loyalty among both employees and customers; in many cases, they also spur innovations.

Consider Interface, the carpet company. The office furnishings market tanked after the one-two punch of Y2K (which diverted capital spending toward technology fixes) and the dot-com crash in the early 2000s, which shuttered hundreds of companies. Interface’s strong sustainability ethic helped it weather a more than 30 percent decline in revenue, as the late Ray Anderson explained to me in a 2004 interview.

HP, for its part, saw an opportunity to better leverage its sustainability efforts by rolling them into “Living Progress,” the company’s overarching sustainability platform, launched last September. It encompasses HP’s social and environmental programs, as well as its “economic progress” — the jobs and revenue HP generates around the world, including taxes and shareholder dividends it pays out.

Librie says that the ideas of social, environmental and economic progress contained within Living Progress serve as touchstones throughout HP. “We take a holistic approach to those three pillars and try to consider them whenever we're undertaking a project and also try to maximize them in the projects that we undertake.”

Exhibit No. 1 is the company’s Moonshot server architecture, which is up to 89 percent more energy‑efficient than the x86 servers it replaces while using 80 percent less space — all for 77 percent less cost, according to HP marketing. “Moonshot is a great example, and we've got other projects under way of significant increase in energy efficiency around the cloud and around big data,” says Librie. “That's one way in which Living Progress drives our innovation strategy.”

I pushed back. “That's not an environmental initiative,” I said. “That's just good business. Isn’t it part of the natural evolution of tech companies that you make your products cheaper and more efficient?”

“The identification of extreme improvement in energy efficiency is a definite outgrowth of the company's focus on citizenship and environmental sustainability,” Librie responded. “It's part of who we are. It's a pretty radical rethinking of the server architecture and required a totally different approach in terms of networking and cooling to improve energy efficiency.”

Librie says his team, which is part of HP’s corporate affairs department, “has representation into the business unit teams as well as into the government relations teams around the world. It's a great point from which we can influence strategy on both those levels in the public sector and also in the business units.”

You should expect to hear more from HP in the coming months, including from Whitman. She’s already been vocal on sustainability issues. Last September, she spoke (via video) at Climate Week New York. When it comes to climate change, she said, “Business as usual is not an option for anyone.” Whitman spoke about Living Progress as an important strategy to move the company forward. She reinforced those themes earlier this year at HP’s shareholders meeting. “This is absolutely central to what we're doing and the idea is to continue to drive that story,” says Librie.

The next generation of HP’s sustainability report comes out in early June, “an opportunity for us to re‑amplify the work that we're doing and how we plan to move forward,” says Librie. Another chance to tell the story.

It’s good to have HP back. The more leadership companies out there demonstrating what progress looks like — and talking about it from the CEO on down — the more we can show how sustainability and progress are inextricably linked.