Why IBM sees blockchain as a breakthrough for traceability

What do pork and rough-cut diamonds have in common?

Both are the subject of innovative supply chain traceability experiments using an emerging software system called "the blockchain." Another common denominator behind both projects: A cloud service created by IBM is responsible for getting them up and running. It also promises to help them scale up quickly.

Indeed, the legendary tech giant is putting substantial intellectual capital and investments into the technology, best known as the digital ledger system that manages transactions involving the bitcoin digital currency. IBM chairman and CEO Ginni Rometty likens the potential future impact to that of the Internet. "Today, blockchain … might seem like a trinket for computer geeks," she wrote in an essay published last month in the Wall Street Journal. "But once widely adopted, it will transform the world."

That’s a pretty bold proclamation even from a company prone to bold proclamations. Remember all the fanfare that used to accompany the Smarter Planet initiative? The branding is still around, although it is trumpeted far less visibly in the past.

But the fact is that the blockchain is building some serious credibility within the world’s biggest banks and financial services firms — they helped fuel more than $1 billion in investments between 2014 and 2016. That visibility has given both established and emerging companies the confidence to experiment.

In mid-October, for example, Walmart announced a collaboration with IBM and Tsinghua University in Beijing focused on using the blockchain as a mechanism for authenticating food sources and keeping tabs on all sorts of related data — including the originating farm, batch numbers, processing plant information, expiration dates and storage temperatures. The first thing they’re tracking is pork.

Blockchain can transparently track the provenance of goods as they are passed from one organization to the next, building awareness and trust.

"As advocates of promoting greater transparency in the food systems for our customers, we look forward to working with IBM and Tsinghua University to explore how this technology might be used as a more effective food traceability solution," said Frank Yianna, Walmart’s vice president of food safety, in a statement.

The massive retailer is also supporting a separate pilot with IBM in the United States that is using the blockchain to track produce. It hasn’t said how long these tests will last or what metrics will be used to decide whether they’re worth scaling up to more locations. But one big issue in improving transparency about food provenance has been the lack of technology for tracking the flow easily across the complex farm-to-table distribution system. 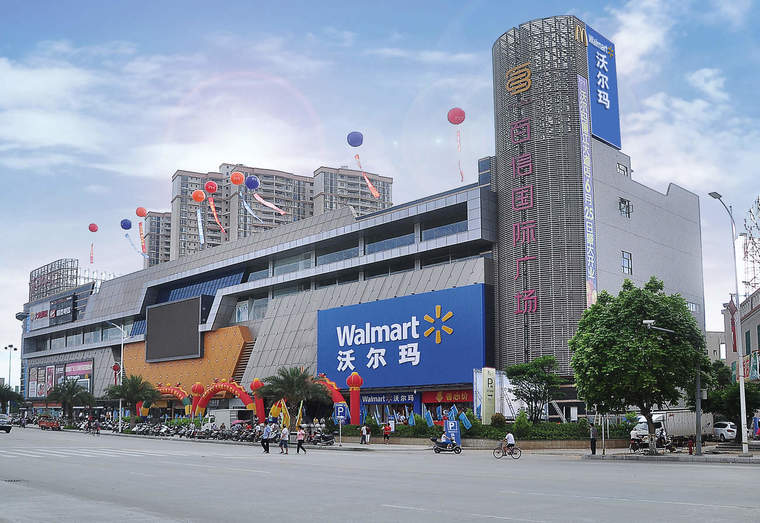 "Putting this transaction record on the blockchain can create significant savings in time, cost and transparency," noted IBM senior vice president Bridget van Kralingen, who is leading the company’s push to develop industry-specific applications for the technology. "Blockchain can transparently track the provenance of goods as they are passed from one organization to the next, building awareness and trust."

Paul Chang, one of IBM’s subject matter experts for supply chain technologies, said many fundamental technologies for tracking physical goods have been around for years — such as bar codes, radio frequency identification tags and other data-collecting sensors. Now, companies can add a much richer set of data to an information trail that is all protected by the blockchain. "You can see the financial transactions match the physical movement," he explained.

What I encourage companies to do is understand the problem they need to solve.

Another emerging startup that offers a glimpse of what’s possible using the blockchain is Everledger, a London-based company that is using the technology to digitize the Kimberley Process, a certification that took effect about 13 years ago to curb the sale of gemstones mined from so-called conflict regions.

Everledger’s service relies on IBM’s cloud to operate, a factor that helped it get up and running more quickly than otherwise possible, said Everledger co-founder and CEO Leanne Kemp. The company is also working with some other big companies, including Barclay’s and MasterCard, to scale up the system. "What I encourage companies to do is understand the problem they need to solve," she said.

Aside from making the certification process more efficient, Everledger’s service offers some other benefits: it makes it harder for fraudulent or synthetic diamonds to slip through the system, according to Kemp. As a result, her company has seen substantial interest from the governments of smaller countries seeking to help entrepreneurs build up a legitimate trade.

One of the biggest philosophical obstacles is trust: Companies must get comfortable with the idea that their supply chain data won’t "live" in a central location. Rather, that information will be "shared" across the various actors that have a stake in the information. "There are industry-specific nuances that need to be better understood," he said.

The blockchain's emerging role in sustainability

Unilever, Nestle and other food giants team on blockchain

Let your product do the talking: the rise of smart labels