Jessye Waxman is a shareholder advocate at Green Century Capital Management, where she uses the environmentally responsible investment firm’s leverage as a shareholder to protect forests.

Ceres talked with Waxman about Green Century’s focus on deforestation and its growing importance as a driver of climate change. It comes as deforestation — and associated greenhouse gas emissions and climate impacts — are mounting in many regions of the world. What follows is a lightly edited interview.

The discussion is part of Investors Talk Deforestation, a series of interviews with influential investors and partner organizations who supported the development of the Ceres Investor Guide to Deforestation and Climate Change. The guide aims to engage investors on deforestation emissions and other related risks across their portfolios and drive more corporate action on the issue.

Julie Nash: Green Century has been engaging companies on deforestation risks for many years. When did this work begin and how has the firm’s strategy evolved over the years?

Jessye Waxman: We started working on deforestation in 2012. Initially, we focused on palm oil supply chains and urged companies to adopt no-deforestation policies. Eventually, we adopted a No Deforestation, No Peatland, No Exploitation (NDPE) framework. As we took a more comprehensive perspective of deforestation-related risks, we moved beyond palm oil to work on multiple forest risk commodities. In 2015, we really started focusing on a cross-commodity approach (that year we worked with [Archer Daniels Midland] to adopt a cross-commodity deforestation commitment, which was a first for the grain traders). In addition to continuing to work with new companies to adopt policies, we do a lot of work now to ensure companies update, improve and implement the policies they already adopted.

Nash: Why is deforestation an important issue on multiple fronts?

Waxman: Green Century is very focused on environmental, social and governance (ESG) issues; so our investment strategy and shareholder engagement is driven by the evidence-backed conviction that companies that address ESG risks in their operations and supply chains may perform better in the long run.

Deforestation touches on a lot of the environmental and social issues investors are concerned about. Among other impacts, deforestation drives systemic risks like climate change and biodiversity loss that affect not just companies in agricultural supply chains, but companies throughout portfolios. These two risks, in particular, have long-term impacts, but can best be solved in the near term, making it important for investors to talk to companies about now.

Among other impacts, deforestation drives systemic risks like climate change and biodiversity loss that affect not just companies in agricultural supply chains, but companies throughout portfolios.

For example, the Amazon is hugely important for precipitation patterns and food systems, both locally and globally. There’s research showing how deforestation losses in the Amazon can affect agricultural productivity as far away as the American Midwest.

Beyond these issues, deforestation has also been associated with problematic labor practices, ranging from withholding passports of migrant laborers to slave labor and child labor and land conflicts.

Nash: Can you talk about specific successes Green Century has helped achieve?

After several years of pressure from shareholders, Tyson agreed last fall to undertake a comprehensive deforestation risk assessment focusing on its global supply chain for palm oil, soybeans, beef and timber and paper products. The results of the assessment will drive the company’s development of a Forest Protection Policy. The company still has a long way to go, but this is an important first step.

We were also encouraged by Aramark’s commitment to develop and fully implement a no-deforestation policy across its global supply chain, including legal deforestation, by 2025.

Nash: You briefly mentioned the greenhouse emissions associated with deforestation. A big ask to companies in recent years has been the setting of science-based targets (SBTs) for reducing greenhouse gas emissions and having those targets approved by the Science Based Targets Initiative (SBTi). Can you speak to the importance of engaging companies to set a SBT, and why this can be challenging with regards to emissions from deforestation?

Waxman: Science-based targets are a really helpful tool for companies to understand the climate-related impact of their operations and supply chains. But we also need to realize that when you’re talking to a company about how they’re addressing their environmental- and climate-related impacts, setting a science-based target, at this point, certainly doesn’t cover everything.

For many companies that use forest risk commodities, an outsized portion of their emissions come from their supply chain and from the emissions released when those commodities are produced. This means that any associated emissions would fall under Scope 3.

A lot of companies that should be looking much more closely at their supply chains and upstream impacts may not be required to have a target to reduce those emissions.

Currently, SBTi only requires approved targets to include Scope 3 emissions if those emissions are in excess of 40 percent of the company’s total emissions. Beyond that, as of now, SBTi doesn’t have a methodology for measuring emissions associated with deforestation and land-use change in its supply chains, so the vast majority of companies that have set science-based targets are failing to include a significant part of their emissions in their goal setting. In other words, a lot of companies that should be looking much more closely at their supply chains and upstream impacts may not be required to have a target to reduce those emissions, and may therefore be less motivated to address their suppliers’ exposure to deforestation and other agricultural practices.

Nash: Do you think the way investors are thinking about issues like deforestation and climate change is evolving?

Waxman: There’s certainly a growing awareness among investors about deforestation as a climate risk. In the past, agriculture’s role in driving climate change has often been overlooked, with a lot of the focus being on the energy and transportation sectors. But, as the new Ceres Guide clearly illustrates, a firm can’t say that it is comprehensively addressing climate risk if it’s not also addressing agriculture and deforestation.

A recent shareholder vote at Procter & Gamble (P&G) suggests that not only is awareness growing among investors, but investors might finally engage on the issue. The shareholder resolution on deforestation and forest degradation that Green Century filed with P&G received the support of 67 percent of the votes cast at its annual meeting. This is almost three times what other deforestation resolutions have averaged over the last few years, so I’m hopeful this might signal a turning point for how the financial community approaches forest-related risks.

Waxman: Yes. The smallholder conversation is especially relevant in palm oil supply chains where considerable supplies — as much as 40 percent — are coming from farmers who own small amounts of land. As market expectations regarding sustainability have shifted, many larger producers have started to improve some of their practices to meet these heightened expectations. Subsequently, smallholders are becoming bigger drivers, proportionately, of deforestation in the palm oil supply chain. Both from an ecological perspective and sustainable development perspective, working to incorporate smallholders into sustainable supply chains is really important.

In part due to increasing pressure from investors and other stakeholders, we’ve seen more companies working directly with smallholders, including efforts to get groups of smallholders certified by the Roundtable for Sustainable Palm Oil (RSPO). Kellogg’s is one such company that is helping thousands of smallholder farmers, many of them women and many of them palm oil growers in Malaysia and Indonesia, on these kinds of issues.

Nash: Are there other ways that investors should be thinking about deforestation risks that we have missed?

Waxman: It’s important for investors to recognize that deforestation, like climate change, poses risks at both the company-specific and portfolio level.

Climate change and its associated physical and transition risks may affect every industry and every company. Similarly, deforestation also creates portfolio-level risks, in part because of its large contribution to climate change, but also because of its impacts on global agriculture and biodiversity.

The good news is that because many people have been working on deforestation for a long time, there are best practices out there, such as those outlined in Part 5 of the Ceres Guide, that are recognized as helping to comprehensively mitigate risks from deforestation. As investors engage with companies, they should look not just at how a company is managing these risks at a high level, but whether it is implementing recognized best practices that help advance systemic changes in their industry. 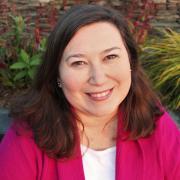 Working with Walmart and Sysco on deforestation

Why Impax Asset Managment screens its portfolio for deforestation exposure

How BlackRock's Michelle Edkins engages with companies on deforestation

See all by Julie Nash