This is why investors want financial regulators to tackle climate risk

To understand economic crises of the recent past, present and future, there may be no finer teacher than Michael Lewis.

Many readers will be familiar with Lewis’s book "The Big Short," which documented how excesses in global credit markets spawned a worldwide financial crisis. But a later book of his — "The Fifth Risk" — best explains why we were unprepared for the current pandemic and why we need a different approach to deal with threats such as climate change.

Lewis’s thesis is simple, but profound: Dealing with catastrophic risks is the purview of government.

In particular, the U.S. government bears the unenviable burden of "the biggest portfolio of such risks ever managed by a single institution in the history of the world." Some of these risks spring readily to mind — financial crises, hurricanes and terrorist threats, just to name a few. Others, such as a global pandemic, previously might have seemed too far-fetched to be worthy of serious consideration. Lewis warns that these risks are "like bombs with very long fuses that … might or might not explode" in the distant future.

Climate change falls squarely in this category. It is far easier to mobilize resources and public support to combat a spreading virus than to make investments and formulate policy which might only reap rewards decades from now. It is even more challenging when multiple government agencies are involved, requiring the hard, thankless work of endless coordination.

This was one lesson of the financial crisis: it wasn’t always easy to know which government entity had regulatory oversight of a complex cast of financial actors and a dizzying array of exotic instruments. Similarly, a threat such as climate change permeates so many elements of society and the economy that it’s hard to know who should do what.

Thankfully, a timely new report from Ceres, a Boston-based sustainability organization, has eliminated some of that hard work. "Addressing Climate as a Systemic Risk," produced by the Ceres Accelerator for Sustainable Capital Markets, exhorts U.S. financial regulators to take proactive steps to understand climate change.

Appropriate oversight by financial regulators involves the collection of data, which can assist federal, state and municipal authorities in planning for a changing climate.

Investors should cheer these ambitions. That's why we joined more than 70 other signatories, including investment firms with more than $1 trillion of assets under management, in supporting a Ceres-led letter backing this initiative.

As a signatory, we believe the logic is unshakable: Prudent regulation, enacted with a long-term perspective, can ensure that capital is funneled to sectors aligned with a future where global temperature rise is limited to 2 degrees Celsius. Investors are already concerned about stranded asset risk in large swathes of the economy, such as energy, utilities, transportation and infrastructure. To reduce this risk, regulators in the U.S. can benefit from joining their international peers in forward-thinking organizations such as the Network for Greening of the Financial System (NGFS).

Furthermore, appropriate oversight by financial regulators involves the collection of data, which can assist federal, state and municipal authorities in planning for a changing climate. Questions abound over the efficacy of stimulus spending in the ongoing pandemic. Long-term planning helps ensure that spending is implemented in a thoughtful manner, with maximum return wrung out of every dollar.

The fiscal implications of climate change, meanwhile, are already appearing. As Ceres points out, recent research suggests private mortgage lenders are already shifting riskier mortgages to government-sponsored entities. Most investors surely will balk at the notion of privatized gains and socialized losses.

In "The Fifth Risk," Lewis is unstintingly effusive about the dedication and caliber of government employees he encountered. But even if regulators were to adopt all of the Ceres recommendations, they would not make headlines for their actions. That, perhaps, makes their work all the more important.

As Lewis reminds us, "it’s the places in our government where the cameras never roll that you have to worry about most." Armed with this new report from Ceres, financial regulators can help investors worry a little bit less. 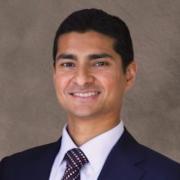 See all by Ravi Varghese