It was a normal Saturday afternoon, with the promise of fun: My wife, Mary, and I were driving into New York City for dinner, drinks and a show with friends.

I set the cruise control at 72 miles per hour, thinking I should be cautious because it was pouring rain.

In retrospect, 72 was not cautious.

This is a cautionary tale. I survived to tell it, although not everyone did.

The lesson I drew is one about risks, worst-case scenarios and what’s at stake if we don’t pay attention and act immediately. And that lesson isn’t about driving; It’s about climate change, what we value and what could be lost.

Perhaps not everyone would make the same connection. But after spending a lifetime valuing risk at Goldman Sachs and now at Kepos Capital, and working closely on the challenge climate change poses to our well-being, some broader lessons come to mind as I contemplate that fateful Saturday in my car.

So there we were, on cruise control, barreling eastbound on Interstate 78. It was raining, and unbeknownst to us, there was danger ahead.

Similarly, our tremendous global economy, built on the strength of fossil fuel, is on cruise control, even as scientists have for decades been tracking the changes to our climate and what that portends: rising temperatures, rising sea levels, profound climatic shifts — and yes, heavy rains (along with more heat waves, a longer season for wildfires and the risk of floods and droughts).

I focused on a distant truck — the motion wasn’t right. It was bouncing. And it was on fire.

Back in the express lane, we were just coming up to the Garden State Parkway, when Mary exclaimed, "Oh, my God! Bob, watch out!"

The clichés are true: the thoughts before that moment are lost, but every instant after seems like a movie on repeat.

I focused on a distant truck — the motion wasn’t right. It was bouncing. And it was on fire. Somehow, the significance of the fire didn’t register at first. If it had, I might have grasped the danger more quickly.

I assumed the truck was coming straight down the highway in the opposite direction and I noted the concrete divider between us, which appeared to be about 3 feet high. I thought to myself, "In the worst case, if it comes this way, that barrier might not be large enough to protect us."

I immediately hit the brake hard. And my next thought was: "Focus! This could be tricky." I also checked to make sure no other cars were near us whose presence I would have to worry about. Luckily, there weren’t.

What I didn’t know then was that the truck was literally a bomb, 9,000 gallons of gasoline with a lit fuse, and it was heading straight at us. We were seconds away from a fiery explosion.

This true story illustrates an essential element of managing risk: Time is of the essence. With enough time, almost any problem can be solved. But when you don’t know how much time you have, and you have to make decisions that may affect whether a worst-case scenario occurs, you have to act with urgency. You brake hard and fast; you don’t ease on the brakes.

The equity market has, until very recently, expected an "ease-onto-the-brake" scenario with respect to climate risk in the decades ahead. This expectation was based in large part on flawed economic models.

The brake, as it applies to climate risk, is the price of emissions, the incentive that society provides to reduce greenhouse gases.

That insight helps to explain the current precipitous drop in the valuations of companies that produce coal and expensive sources of oil — also known as "stranded assets." The equity market has, until very recently, expected an "ease-onto-the-brake" scenario with respect to climate risk in the decades ahead. This expectation was based in large part on flawed economic models that failed to properly take uncertainty into account and ignored the potential for worst-case scenarios.

But today we are witnessing the equity markets starting to recognize the fallacy even before most governments have begun to act.

When the truck began its journey, it had been on the far right lane — much farther away from us. Then a passenger car lost control and spun right in front of it. The car was crushed and the driver was killed.

The truck was now on fire and out of control. I was braking hard, and we watched in horror as the truck bounced toward the barrier, rode up over it, landed right in front of us and burst into a ball of flame.

I swerved toward the right, traveling around 15 to 20 miles per hour, and passed through the debris still bouncing across the road in front of the truck’s flaming cab. As we passed we felt the intense heat pouring off the burning truck, even though we went by it in a fraction of a second with closed glass windows in pouring rain.

Only later did we see that our car was splattered with oil as we passed by.

It was all over in perhaps five seconds, and we were fine. But of course we were shaken.

Behind us flames were already hundreds of feet into the air, and the cab was engulfed in fire.

We should expect that as markets recognize that society will hit the brake by imposing emissions pricing, the valuations of stranded assets will fall from their current artificially elevated levels.

Amazingly, although seriously burned, the driver was able to jump through the windshield and get away. A video of his escape was posted online. The interstate was closed in both directions for seven hours.

When we think about climate risk today, we are exactly at the point in the story where Mary exclaimed, "Watch out!" Science clearly has seen the truck coming straight at us. Science is desperately telling us to hit the brake, and I am convinced that globally society will act very soon.

We should expect that as markets recognize that society will hit the brake by imposing emissions pricing, the valuations of stranded assets will fall from their current artificially elevated levels. For example, it doesn’t make sense to burn coal without expensive carbon capture and sequestration (CCS) technology when we take into account the negative externality of greenhouse gas emissions.

CCS could make sense when emissions are priced appropriately, but given this additional cost, the total demand for coal will decline dramatically, as will the valuation of coal reserves on the balance sheets of corporations. Note that it is not the pricing of emissions that lowers the valuations of these coal companies; rather, it is the reality of the externality that already exists — the increased risk created by the emissions. In fact, the expectation that emissions will be priced is causing their valuations today to decline toward their true, already much lower, values.

Coal is not the only stranded asset: So too is expensive oil such as that obtained from bituminous sand, drilling in the Arctic or deep sea drilling. Demand for natural gas, a potential substitute for coal in many existing power plants, probably will rise when emissions are priced. It remains unclear whether the oil majors themselves are also stranded assets, but the stakes there are much higher because the total valuation of the oil majors dwarfs that of the coal industry.

The point is, given the uncertainty about worst-case scenarios due to climate risk, and thus the inevitability of a "hit the brakes" emissions pricing policy, a focus on which assets are likely to be stranded by such a policy makes perfect economic sense today. Investors who own stranded assets need to recognize that the climate risk truck is barreling down the highway toward us — and we need to price emissions appropriately before it’s too late. 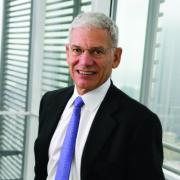