[Editor's note: The question of whether to tie executive bonuses to a company's sustainability performance has been hotly debated for years. Now Andrea Moffat, vice president of the corporate program at sustainability advocate group Ceres, argues that the time has come to link compensation with sustainability -- and not necessarily only at the executive level, either. Her post comes the same week as Ceres releases a new report calling business progress on sustainability "disappointing."]

Incentive-based pay isn’t new; it’s been around for centuries. Ship captains transporting prisoners from England to Australia were once rewarded, not on passenger counts, but on how many survived the journey. Nowadays with major companies, it’s usually linked to financial performance. But unless companies begin to connect compensation to sustainable environmental and social performance, they will continue to sacrifice long-term value creation and competitiveness for short-term, unsustainable gains.

In a world of mounting economic risk from climate change, water scarcity, poor labor conditions and other environmental and social threats, it’s time for a new set of incentives. Some major companies are already linking executive pay to sustainability performance -- that is, to a company’s progress toward achieving environmental, social and governance (ESG) goals that improve long-term viability and create value.

Tying executive compensation to sustainability performance is one of the key company expectations contained in The 21st Century Corporation: The Ceres Roadmap for Sustainability report published in 2010. Two years later, Ceres -- in partnership with Sustainalytics – has released The Road to 2020: Corporate Progress on the Ceres Roadmap for Sustainability, its first major assessment of how 600 of the largest U.S. companies are faring against these expectations.

One of the best performers, as announced this week at the Ceres conference in Boston, is Intel (Nasdaq: INTC). A world leader in computer chip technology, Intel sets sustainability goals, measures its progress and publicly discloses its results. It’s also tying executive pay to sustainability performance.

Since 2008, Intel has linked the compensation of the CEO and top executives to the company's achievement of such sustainability goals as the energy efficiency of its products, reductions in greenhouse gas emissions and energy use, and improvements in environmental leadership reputation. Rank-and-file employee bonuses also are tied to these goals. According to Michael Jacobson, Intel’s director of corporate responsibility, the key is to invest every employee in sustainability by tying pay to performance.

There are other companies that have similar bonus programs, including Groupe Danone (Nasdaq: DANOY.PK),  Alcoa (NYSE: AA), National Grid (NYSE: NGG) and Xcel Energy (NYSE: XEL). But on the whole, these programs remain the minority.  Although a growing number of U.S. companies are integrating ESG factors in their governance structures – through board oversight, dedicated committees or by hiring key managers with environmental and social performance roles – relatively few are directly linking sustainability performance and compensation.

Eighty-five percent of the 600 U.S. companies we evaluated do not factor any sustainability criteria into executive compensation. And, as of January this year, only about 10 percent of S&P 100 companies had reportedly incorporated sustainability into their bonus structures.

Among that small number of companies that are making these linkages, most are usually only meeting health and safety and/or diversity hiring goals. These are important, but more is required to put companies on a serious path for managing the major financial and operational risks arising from climate change, resource scarcity and other sustainability challenges.

As Jonas Kron, vice president at Trillium Investments, put it at the Ceres conference last year, “We have to figure out how to pay the captains of these ships to be sustainable. If we give them short-term incentives, we’re going to get short-term results.” Intel is leading the way; others need to get on board.

Photo of dollar on hook by Photo-look via Shutterstock. 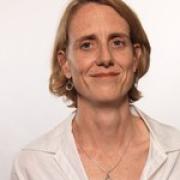