Why Jason McLennan is optimistic about regenerative buildings

When it comes to the field of restorative architecture, few designers have earned the notoriety or respect afforded Jason McLennan.

When last he spoke with GreenBiz, the co-author of the Living Building Challenge suggested that deeper climate knowledge would be integral to the future of architectural design and wished it were given more attention in academia. Four years later, McLennan is encouraged by subtle signs of progress, especially on university and design school campuses that are putting those ideals into practice.

He also has taken matters into his own hands, literally, with the School of Regenerative Design, a non-profit academic institute created by his latest venture, McLennan Design. There, McLennan and his colleagues teach the concepts core to their building philosophies — grounded in the ideals of biomimicry, biophilia and regenerative design.

The school itself is located in a 1910-era retired barracks buildings on Bainbridge Island, near Seattle — where classes in historic preservation and the reuse of existing structures are part of the accreditation program.

The students of the School of Regenerative Design aren’t the only ones getting schooled in green design. Due to the participation of a growing number of colleges in the Living Building Challenge, a broader range of college students are seeing the benefits as well. Campus projects such as Georgia Tech’s Living Building likewise espouse an approach of including a living or teaching space through which restorative architectural principles are physically manifested.

"When we build a green 'hub of activity,' it encourages students and also the faculty and university staff facility to change the way they look at things," McLennan said. "It proves that it’s possible, not different or strange."

It's for that reason McLennan believes that as academic interest in the Living Building Challenge grows and spreads across the United States, these campuses will have a distinct, long-term impact on the commercial building industry.

"Higher education has always been one of the bigger sectors; any kind of client that holds onto their assets are predisposed to better buildings and long-term thinking," he said. "Higher education and corporate campuses are a mainstay."

Overall, McLennan is optimistic about the general direction of the Living Building Challenge, which now boasts over 9 million square footage of environmentally restorative projects under way. That metric says one thing — that people are more interested in the idea.

"Numbers keep moving up, geography distribution shows in the number of projects, it’s all increasing," he said. "We’re also seeing great change in the materials sector. They’re providing better products overall from an environmental standpoint, especially in the U.S. In general, net zero buildings are now much more common in markets like California."

McLennan's team remains closely aligned with LEED, the Leadership in Energy and Environmental Design program; WELL, the WELL Building Standard; and BREEAM, the Building Research Establishment Environmental Assessment Method. In fact, McLennan partners with both LEED and WELL; he played a key role in getting the latter specification onto the market.

"We’re all trying to do similar things in different ways, and we promote all programs for different purposes," he said. "LEED is the big program in terms of volume and historically getting the discussion going/started. Always a force for change, WELL has come along very fast, which I appreciate."

[Jason McLennan, one of the world's foremost proponents of green buildings, will offer his views about what's next during several sessions at VERGE 17.]

McLennan recently has talked more frequently about how excited he is by solar energy, which he views as a way to help introduce the concept of a more holistic approach to environmentally conscious design, architecture and general living.

“Renewable energy is changing so fast, [the] path to net zero buildings is now easier, making it easier to achieve," he said. "Cost is a big driver, also regulatory change. For example, water-waste design needs to keep changing as demonstrated by our Seattle success story."

As green building projects grow year-over-year, there is an increasing awareness of walkability and bikeability as potential catalysts for the support of green infrastructure in the future, McLennan noted. This comes at an important time: America’s 2017 infrastructure was graded at a D+. But it’s not just Uncle Sam feeling the burn. Deficient, congested and unsafe roads and bridges respectively cost each resident in Pennsylvania and Maryland $1,500 and $2,200 [PDF] per year.

"It’s been part of the paradigm for some time, walkability and bikeability, in the mix with a lot of things," McLennan said. "Also, there are exciting changes happening in the auto industry like self-driving cars, car-sharing and mindful decisions to use cars less. This will all make a considerable impact." 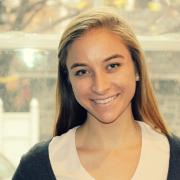 See all by Megan Wild