The biggest U.S. bank is embracing renewable energy and green infrastructure projects in a big way.

The biggest U.S. bank is planning a massive investment in solar installations, wind farms and other renewable energy resources with the goal of covering all its power needs by 2020.

That's a lot of power. Although the bank doesn't disclose exactly how much, it operates 75 million square feet of commercial office space, a corporate real-estate footprint of more than 5,500 properties in 60 countries — roughly 27 times the square footage of the Empire State Building.

At the same time, JPMorgan Chase intends to invest more heavily in helping other companies — and governments — accelerate their transition to a low-carbon economy. Over the next eight years, by 2025, it hopes to facilitate at least $200 billion in clean financing.

Put another way that’s an average of $25 billion per year, substantially more than it has already been spending — although the firm, which helped co-author the Green Bond Principles, has been in the middle of some pretty significant deals. It was the active book runner for Apple’s latest $1 billion green bond issue back in June.

"Business must play a leadership role in creating solutions that protect the environment and grow the economy," said JPMorgan Chase chairman and CEO Jamie Dimon, in a statement about the new commitment. "This global investment leverages the firm’s resources and our people’s expertise to make our operations more energy-efficient and provide clients with the resources they need to develop more sustainable products and services."

For perspective, according to background information describing its "clean" investments, JPMorgan Chase last year facilitated about $17 billion — $2 billion in tax equity for solar, wind and geothermal projects, and $15 billion in debt for green or clean infrastructure projects, according to data cited by its sustainable finance team.

For those who will point out the bank’s legacy in financing coal projects, JPMorgan Chase in 2016 adopted a policy against directing money toward "a new greenfield coal mine or a new coal-fired power plant in a high-income OECD country." It also teamed up with the Nature Conservancy in 2014 as part of a three-year collaboration meant to raise $1 billion to support projects that preserve agriculture land, fisheries and other endangered ecosystems.

Business must play a leadership role in creating solutions that protect the environment and grow the economy.

Now, it’s putting more money into backing alternative power-generating technologies that are deemed cleaner than fossil fuels-fired plants. Over time, the company has helped finance more than 17 gigawatts of wind power capacity and 1.6 gigawatts of solar energy, estimated Erin Robert, head of capital strategies for the financial services giant. It’s also providing risk management solutions to the biggest biomass project in the United Kingdom, which should produce energy for 600,000 homes when it comes online around 2020. 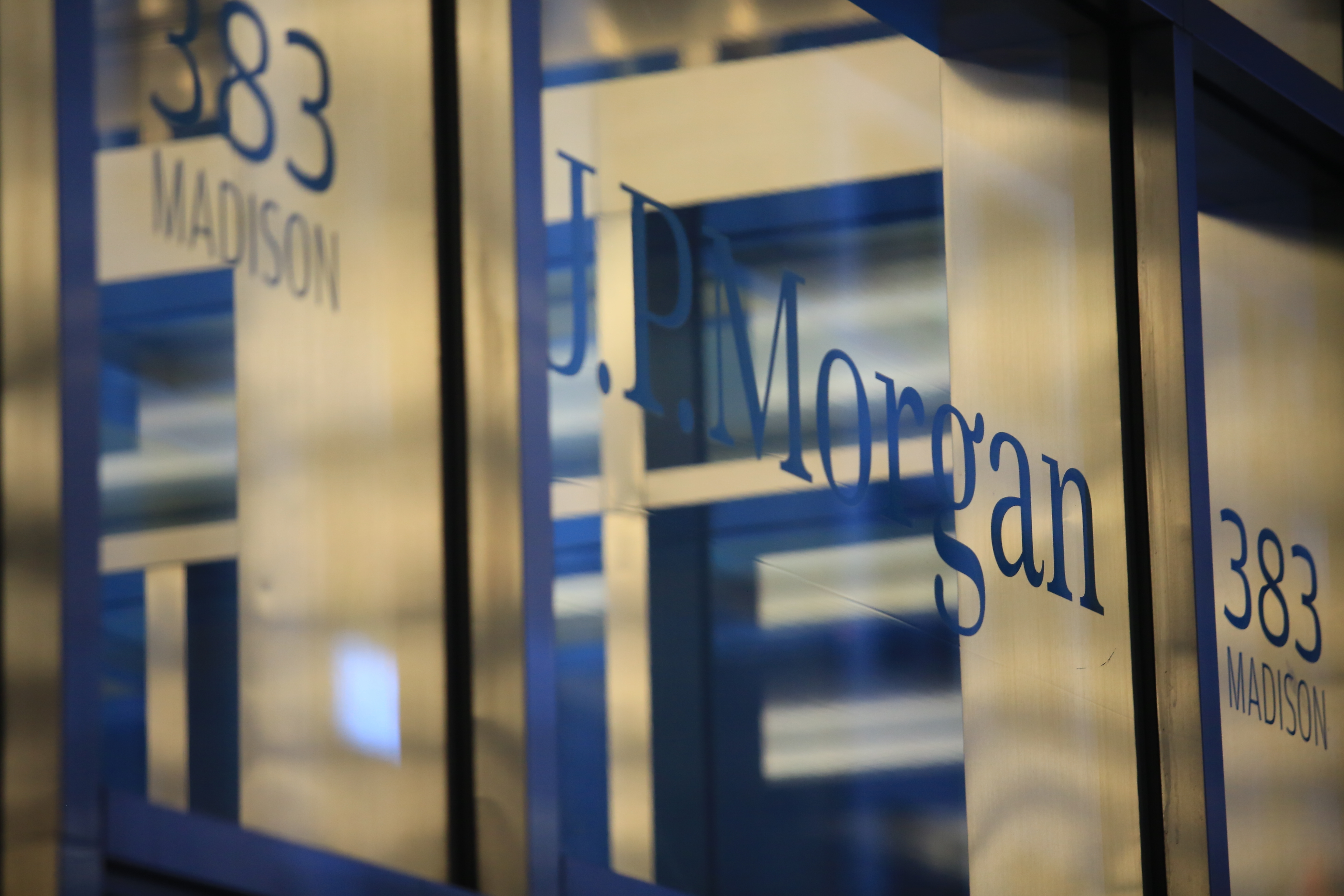 Officially speaking, however, the company never had its own target for sourcing renewable energy until the commitment it made late last week, executives confirmed. It set a goal in 2005 to reduce greenhouse gas emissions 50 percent by 2020. To that end, it has been purchasing renewable energy credits (RECs) to "gradually and thoughtfully" improve its sustainability commitment over the past decade, according to the JPMorgan Chase webpage describing its strategy.

Over the past two years, however, the company has been increasingly proactive. Last year, it embarked on what is considered to be the largest LED lighting installation to date, with the goal of retrofitting 4,500 branches. So far, JPMorgan has overhauled about 2,500 locations and outfitted them with about 1.4 million new bulbs, cutting the energy use associated with its lighting by about 50 percent.

In late June, the company announced the next phase of its work, in collaboration with technology partner Current, powered by GE. In coming months, energy management software coupled with Internet-connected sensors will be added at 4,500 U.S. branches. The goal is to further reduce power and gas consumption by 15 percent and cut back on water from irrigation systems by 20 percent.

Moving forward, you’ll see the financial services firm invest far more actively in projects that add new renewable energy to the grids where it actually consumes the power. That will come in the form of both on-site installations and long-term power purchase agreements.

For example, JPMorgan Chase is constructing a massive solar array that will cover about 65 percent of the electricity consumption at its 2 million-square-foot Polaris Corporate Center in Columbus, Ohio, said Marisa Buchanan, deputy head of sustainable finance. (The installation eventually could have a capacity of 20 megawatts.) It’s also investing in about 7 MW of solar for a new office in Plano, Texas, and the technology could show up on bank branches in California and New Jersey.

A twist on PPAs

More often than not, however, the bank will prioritize negotiating power purchase agreements to meet its renewable energy sourcing requirements, Roberts said.

In November, JPMorgan signed a 20-year PPA with an NRG Energy subsidiary to support the construction of the 100-MW Buckthorn wind farm in Texas, a project scheduled to come online before the end of this year. That contract teamed the company’s commodities team with its sustainable financing specialists, which both will benefit from the deal.

About 50 percent of the installation’s power output will be consumed by JPMorgan Chase’s global real estate operations, covering about 13 percent of the firm’s overall electricity usage in the United States, Roberts said. The rest may be sold to other organizations, some of whom may be seeking to amplify their own renewables consumption. "That transaction is a great example of what we’re going to do" in the future, she said.

So, you can expect more deals of this nature, and not just in the U.S. market. The company is evaluating opportunities in places including India and the United Kingdom, Buchanan added.

JPMorgan Chase isn’t the only U.S.-based financial services giant that has become more vocal about its renewable energy commitments this year, and that is explicitly embracing PPAs that bring together expertise in real estate and investment risk management.

Goldman Sachs, which publicly committed to making the shift to 100 percent renewable energy two years ago, in mid-June announced a PPA that was co-negotiated by its commodities trading group J. Aron and its corporate services department.

"By leveraging the firm’s intellectual capital and J. Aron’s expertise in power markets, we were able to structure the agreement in a way that allowed us to meet our operational and sustainability goals through a creative market-based solution," said Goldman Sachs chairman and CEO Lloyd Blankfein.

The arrangement covers a 68-MW wind farm in Pennsylvania being developed by NextEra Energy Resources.

Cindy Quan, global head of the environmental, social and governance team at Goldman's corporate services and real estate group, said it took more than two years for that PPA to come together. Over that period, the team spoke with more than 22 solar and wind developers. One motivation for picking the Pennsylvania project was its proximity to the company’s heavy electricity load in New York and New Jersey.

"It was a culmination of trying to think through a more impactful way of aligning a project like this," added Harry Singh, a vice president with J. Aron.

Back in November 2015, Goldman Sachs committed to providing $150 billion in financing for clean energy projects by 2025, extending its previous pledge of $40 billion.

Citi made a similar proclamation in February 2015, promising to lend $100 billion toward a clean-energy future, and Bank of America is in the 100 percent renewables club. Its commitment to go all-in on clean power came in September 2016.