From bio-inspired polymers to toxic compounds, companies like Adidas, GM and Walmart are rethinking the way they use — and reuse — materials.

For sporting goods giant Adidas, a foray into the world of upcycled goods started with a reality TV show. On an episode of "Whale Wars," where marine avengers aboard a ship called the Sea Shepard chase down illegal fishing boats, the crew found themselves with tons and tons of contraband gillnets.

What happened next is emblamatic of a much bigger shift in the way companies conceive of the materials that make up their products in the age of the "circular economy," or the push for production models that reduce reliance on raw materials by continuously cycling materials of all types back through supply chains.

In the case of the fishing nets, the would-be refuse found its way to green chemistry pioneer John Warner, who devised a way to extract and repurpose the nylon covered in polypropene, lead, pigment and other additives. The result was a poster product for the circular economy; Adidas turned the new nylon into a futuristic pair of knitted running shoes.

"It's kinda cool, but that's a little story," Warner, president and chief technology officer of the Warner Babcock Institute, said in an interview with GreenBiz. "The thing is, plastic is such a confounding, confusing issue."

And plastic is just one (big) example of the challenges that can arise when trying to repurpose hard-to-handle materials in the circular economy. From PET to steel to a new crop of biopolymers, powdered metals, carbon-based compounds or the countless tons of organic materials that end up in landfills, each material has its own quirks and costs of recovery. 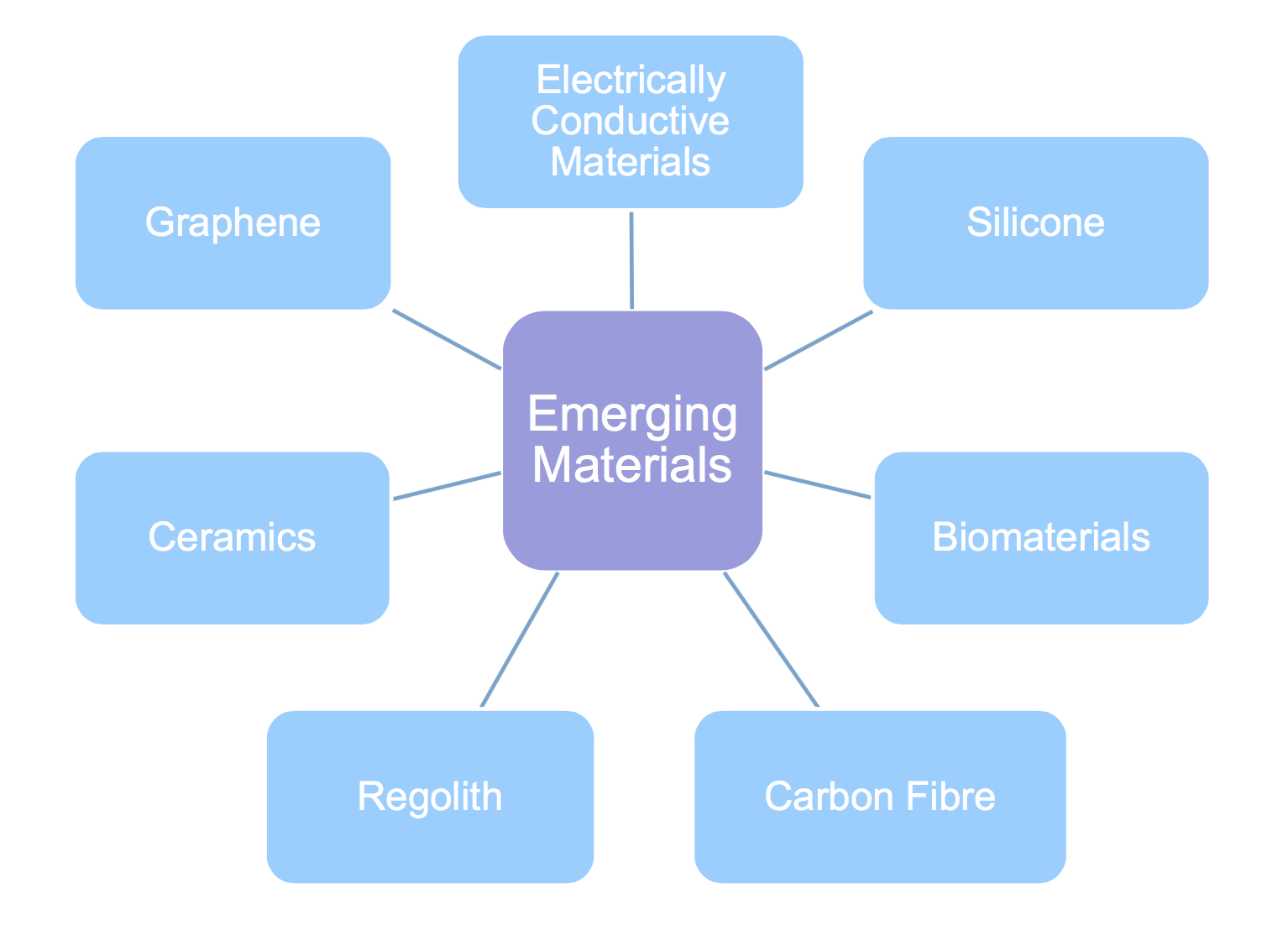 Add to that a new wave of advanced manufacturing technologies hitting the market, most notably the explosion in 3D printing polymers and other additive manufacturing materials. Even toxic materials are permissible in the circular economy, so long as the material is kept in the production cycle throughout its useful life.

Companies like 3M, BASF and Boeing are among those rushing to register patents and commercialize new materials with dual cost and environmental benefits. Also active in material innovation are spinoff businesses like Cargill-backed NatureWorks and relative newcomers, such as Southern California's Noble Environmental Technologies.

“It’s not about selling an eco or a green material," said Steve Davies, director of public affairs for biopolymer producer NatureWorks. "It’s about selling a material that has the right functionality at the right price."

The economics of use-and-dispose material strategies aren't exactly favorable to begin with. Estimates of the after-use costs of plastic packaging alone reach up to $40 billion per year, exceeding the actual profits that stem from plastic packaging in the first place, according to research by the World Economic Forum, the Ellen MacArthur Foundation and McKinsey.

Learn more about the circular economy at GreenBiz 16 Feb. 23-25 in Phoenix, Arizona.

Now, as circular thinking and zero waste goals gain traction among corporations and municipalities, the question is whether manufacturers, policymakers, consumers and the processors in between are willing to alter their existing manufacturing and recovery processes, then invest in the research and development for next generation materials that is truly necessary to reduce reliance on raw materials.

For Warner, it's a problem that starts with the building blocks of production and a lack of materials scientists well versed in sustainability.

"The companies and the brands get this," he said. "But they don’t invent the materials. Not one university ever offers a class on toxicology to chemists."

General Motors, for example, claims that reused and recycled materials now add $1 billion in annual revenue to the bottom line. Carpet manufacturer Interface, meanwhile, has diverted 154,000 tons of carpet from landfills as part of an efforts to make all products from 100 percent recycled or renewable sources by 2020.

The stumbling blocks arise when materials can't be easily reused, there isn't a party who can easily put reused materials to work or processing a used material is too expensive to justify — all factors complicated by sprawling global supply chains that can make it difficult to connect the dots between disparate manufacturing operations, even within the same company.

Warner adds that predominant manufacturing systems have been developed over years to rely on virgin materials and operate in a highly-specified manner, making any tweaks to those inputs a big deal.

"Here’s the problem: engineers in the human built world for the last several decades have been worshiping at the altar of purity," he said. "Whenever we look to the circular economy and we want to reuse a material, the cost impediment is purity."

Beyond that, there's the matter of volume to contend with. Just look at the hockey stick growth in global plastic production for one indication of how much material is in play: 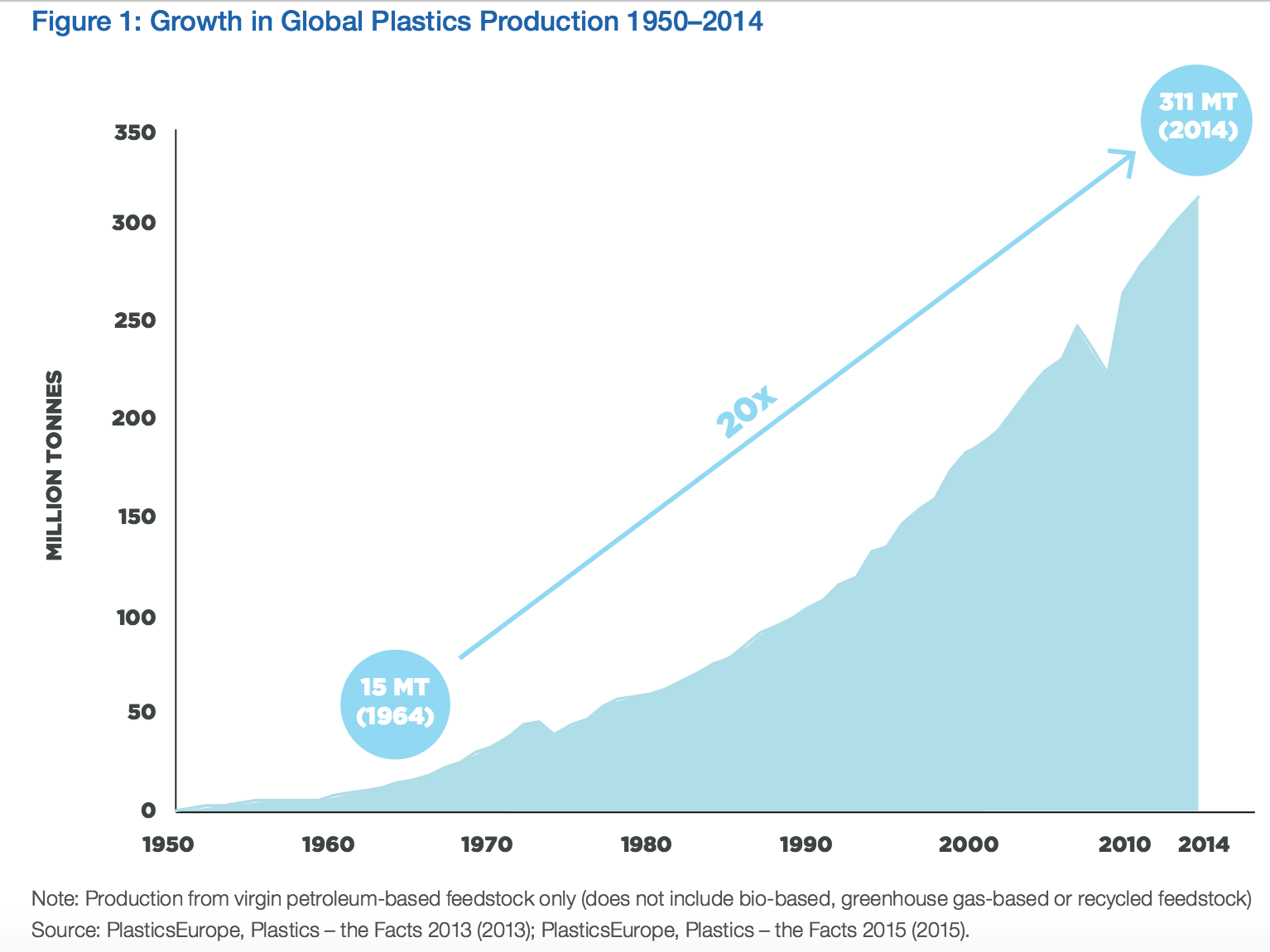 The Ellen MacArthur Foundation, which has recruited the likes of Apple, Coca-Cola, Renault and Unilever to a circular economy working group called the CE100, has attempted to quantify both the current waste and the prospective opportunities embedded in the circular economy.

The group estimates that shifting to a circular model would be a $706 billion economic opportunity. That's thanks in large part to the potential to slash jarring wate, like the $2.6 trillion worth of consumer goods sent to landfills and incinerators each year cited in the group's recent report with the World Economic Forum and McKinsey.

Within that broad purview, the report on "The New Plastics Economy" (PDF) pinpoints a need to improve plastic collection and decouple plastic production from fossil fuel feedstocks.

Warner, who was an adviser on the report, adds that not all plastics are created equal.

"When people say ‘We gotta get rid of plastic,’ they’re kinda missing the point," he said. "There are some bad plastics that are already out there, and that’s a case for the circular economy. The real thing is going to be inventing the next generation of plastics."

Some would argue that production paradigm is already shifting, though the upshot for sustainability remains unclear. Companies in the automotive, aerospace and medical industries, among others, are increasingly using 3D printing technology and additive manufacturing for prototypes and some production parts, shrinking supply chains.

The catch: many of the leading materials in 3D printing to date are synthetic and come with a list of disclaimers. Photopolymers used in resins for many industries are classified as hazardous waste, fine metal powders are explosive and binders can be toxic, according to market research firm IDTechEx.

With concerns about toxicity lingering even if manufacturing becomes more resource and energy efficient, Warner said that the circular economy could serve as a bridge to safer products.

"Many times green chemistry is not attainable," he said. "There are materials in commerce that we simply haven’t invented alternatives for. The only thing society can do, or must do, is the circular economy."

Those able to marry advanced manufacturing and sustainability in the near-term could be looking at a windfall.

The market for 3D printing materials is projected to grow from $800 million in 2014 to $8.3 billion by 2025, according to IDTechEx. At the same time, green building materials, green coatings and many other niche fields are expected to grow at a rapid clip.

"Long-term profit will be made from materials supply," the IDTechEx report notes.

Increased emphasis on reconciling material costs, performance and sustainability has already resulted in a number of corporate circular economy projects at various scales.

Walmart is selling products packaged in recyclable bioplastic made from corn sugars. Ford is evaluating the feasibility of turning retired dollar bills into plastic car parts. Autodesk is looking for ways to make 3D printing polymers that mimick the lifecycles of biology.

In all of these cases, the trick is building sustainability into both the manufacturing process — not relying on as many raw material inputs — and plans for how to repurpose a product after it is used. Somewhat counter-intuitively, that can mean that biodegradable products, for instance, aren't necessarily the best way to go.

“Many folks think of bioplastic as 'Oh, that means biodegradable," said Davies of NatureWorks. "We are pretty clear that we hate to see a perfectly good product made out of our material get composted if it can get made into something better."

The company, which is now co-owned by Cargill and Thai petrochemical giant PTT Chemical, is pursuing a dual recycling and composting strategy with its 13-year-old biopolymer material, Ingeo, which is made from corn sugar. The company is also exploring the feasibility of non-agriculture feedstocks, working with another Cargill-backed startup, Calysta, on a $2.5 million Department of Energy grant to transform methane into plastic.

For the time being, NatureWorks encourages composting at venues like sports stadiums, where items like biodegradable food containers could be used to cut down on ancillary food waste. But the company has also hired outside firms that specialize in waste recovery to help collect its products for reuse, Davies said. 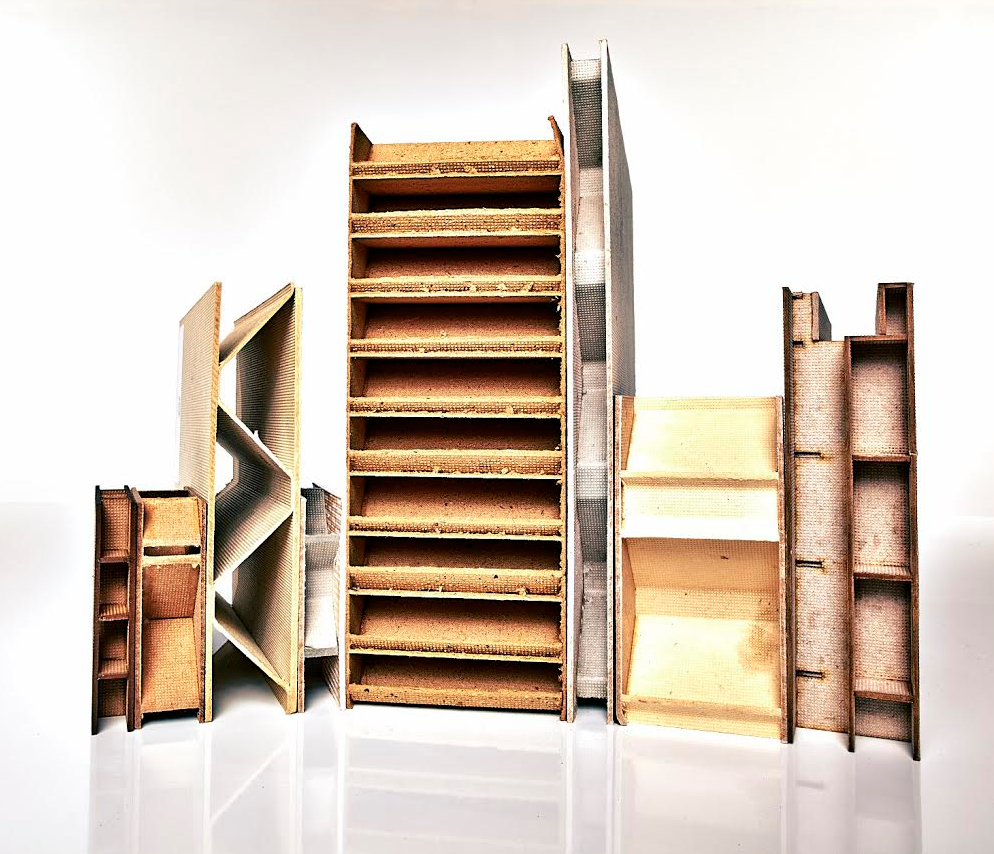 Lacking recovery infrastructure and processing capacity are an issue with compostable and recyclable materials, along with materials like metals and batteries.

That's hepled spur group's like the Closed Loop Fund and U.S. Business Council for Sustainable Development to jump in. The former focuses on funding and infrastructure, and the latter has created new private marketplaces for materials facilitated by online platforms that allow businesses to shop for materials in a format not dissimilar to apartment listings on Airbnb.

While much of the emphasis in advanced material design is put on plastic and unconventional ways to produce metals at lower cost, Noble Environmental Technologies is one of the companies looking at new opportunities related to paper waste.

The company based in Southern California already has a factory up and running in Europe (where policymakers and some businesses are moving faster to realize the potential of the circular economy) to produce its cellulose fiber product, ECOR.

The material can be made from a range of fiber inputs — cardboard, agricultural waste, fabric, hemp, etc. — with the resulting product positioned as a paper and wood alternative that gains strength without adding weight through structural engineering.

The company has already made signage and building interiors for the likes of Whole Foods and Google, but Founder Jay Potter said he ultimately sees the company as an enterprise provider adapting to work within the supply chains of a variety of large companies.

"I see companies coming to us and saying, 'Here’s our stuff, can you make something out of it,'" Potter said. “We know that we have to kind of be starter fluid for every single different company and different product we encounter."

While incrased production volume has helped the company bring down costs from $4 per square foot several years ago to just over a quarter currently, Potter plans to keep pushing for cost parity with traditional building materials.

“Our target is to make this as inexpensively as the cheapest, most hated building material around: drywall," he said.