Why Mercedes-Benz wants to suburbanize the sharing economy

Urban mobility may be one of the hottest trends in transportation, but the luxury automakers is banking on suburbia to bolster its sales prospects.

Sure, the United Nations estimates that as many as 2.5 billion more people could live in cities by 2050. And some analysts predict that rapidly evolving mobility-as-a-service offerings may help carsharing or ridesharing companies, such as Zipcar and Uber, erode the market share of large automakers.

But Mercedes contends that even forces as unsettling to incumbent businesses as the sharing economy won't supplant individual car ownership — especially in the burbs.

"There definitely is a trend to sharing," Arwed Niestroj, CEO of Mercedes-Benz Research and Development North America (MBRDNA), told GreenBiz in an interview this spring. "We don't see that replacing personal cars."

The company is counting on suburbanites to both bolster sales of personal luxury cars and pad the revenue streams of emerging mobility service offerings, like on-demand shuttles for commuting or child transportation.

Kim was one of several speakers yesterday at a 20th anniversary celebration for MBRDNA, the R&D-focused subsidiary of Mercedes parent company Daimler AG. The event was held at the company's 70,000-square-foot combination office and high-tech garage space — a recent upgrade from smaller spaces occupied in the region over the previous 18 years. Aside from functioning as a subtle dig at automakers that have only recently set up shop in Silicon Valley (ahem, Ford), Mercedes used the anniversary event to show off a growing fleet of mobility services designed to help weather the frenetic pace of change in the automotive market.

Meanwhile, suburbanites with enough income would still own cars, perhaps augmenting that with on-demand services for nuisances like commuting or child transportation.

“A lot of companies, including ourselves, were designing solutions for urban mobility," Kim said. "The U.S. is a suburban nation. Therefore, many solutions we have are going to be focused on that."

If that win-win scenario sounds a bit sunny for a market also undergoing profound change related to the proliferation of electric cars and a race toward self-driving vehicles, that's because it is, according to some analysts.

Automotive analysts at market research firm IHS, for example, posit more stark outcomes for efficiency, emissions and quality of life due to an overall lack of preparation for transportation in growing urban centers.

"Because most cities in the future will likely grow vertically rather than sprawl horizontally, they will be far denser," according to one recent article published in IHS Quarterly. "If the world’s population grows as projected and motorization growth continues at historical rates, urban traffic will become unmanageable — and cities themselves unlivable."

The higher ups at Mercedes-Benz aren't just using the Silicon Valley R&D lab as a central repository for software engineers.

"There are so many developments going on," Niestroj said. "It's focused on the connected car — everything which has to do with the digital revolution." 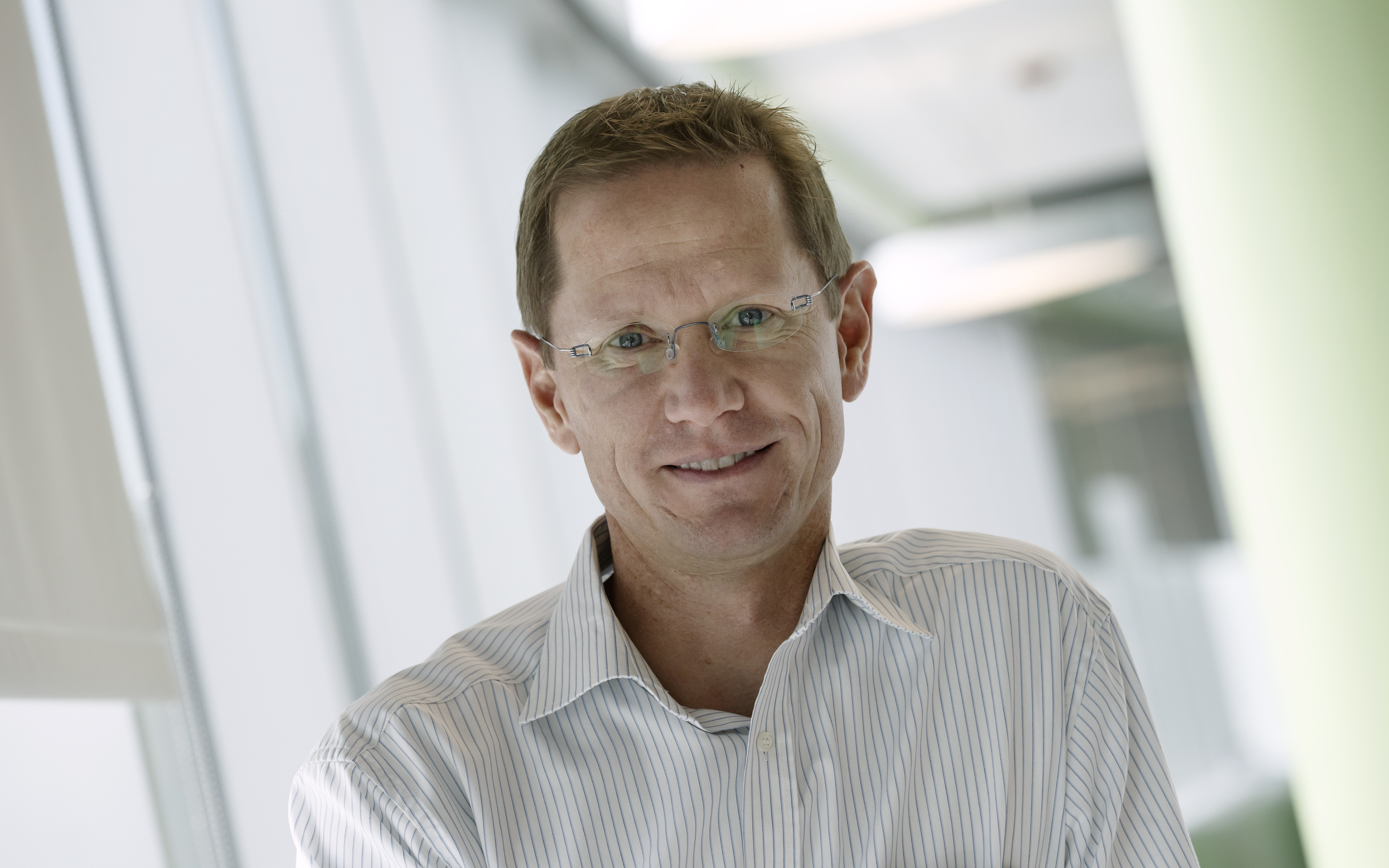 In one sign of just how much technology is merging with the automotive industry, Niestroj started was promoted to the chief executive role at MBRDNA when predecessor Johann Jungwirth was poached by aspiring automaker Apple.

At the heart of Daimler's effort to keep pace is Moovel, a German subsidiary that offers city-friendly services like carsharing, bikesharing and on-demand rides. In addition, Daimler has acquired multiple startups in the space, including German taxi-booking app myTaxi and U.S. transportation planning aggregator RideScout.

Meanwhile, the company has focused in the U.S. on rolling out shared mobility offerings that could appeal to either urban or suburban residents.

In Palo Alto, the tony Silicon Valley suburb home to Stanford University, MBRDNA has piloted a service called Boost by Benz that allows parents to book rides for children age 5-15 through a mobile app. According to a website for Boost, "trained concierges provide white-glove service" for children once inside a Mercedes van, and parents can also track trips on their phone in real time.

Over the course of a two year pilot, the company has completed 9,000 rides with just a handful of vehicles, said MBRDNA Manager of Business Innovation Ashley Patterson. Dismissing a comparison to the "Uber for kids" upstart Shuddle as a, "different quality of service," she added that the company is currently considering ways to grow Boost.

Meanwhile, despite the reluctance of nearby San Francisco, Daimler has also started to scale its one-way carsharing offering, Car2Go. Users are charged $0.41 per minute of use, and here again the company has focused on ease of use for suburban clientele.

"The advantage of Car2Go is the cars can be dropped off to the user," Kim said. "It does require a certain level of density… but you don’t have to go to a specific hub."

While Mercedes' portfolio of mobility services continues to evolve, one group at MBRDNA is particularly invested in navigating the very different transportation environments in urban, suburban and rural settings.

Axel Gern, the company's vice president of autonomous driving, is developing both personal and shared self-driving cars that would ideally function in any location once fully developed.

Not to be outdone by Google's autonomous vehicles commonly spotted on Silicon Valley freeways, Mercedes-Benz now has a prototype self-driving S-500 sedan outfitted with eight radar systems and three cameras. Among the most pressing challenge is preparing the car for the variety of situations it may encounter.

“For a highway, the requirements of a map are much much less than inner city traffic," Gern said. "You can understand some parts of the signage, but not the complete environment around you."

The long-term game plan on for shared self-driving vehicles (Gern declined to speculate about exactly how long term) is to take Car2Go a step further.

"The basic idea is you take your mobile phone, you call your car2go," he said. "You can drive wherever you want — manually, if you want, especially in un-mapped areas — then you just step out and send your car away." 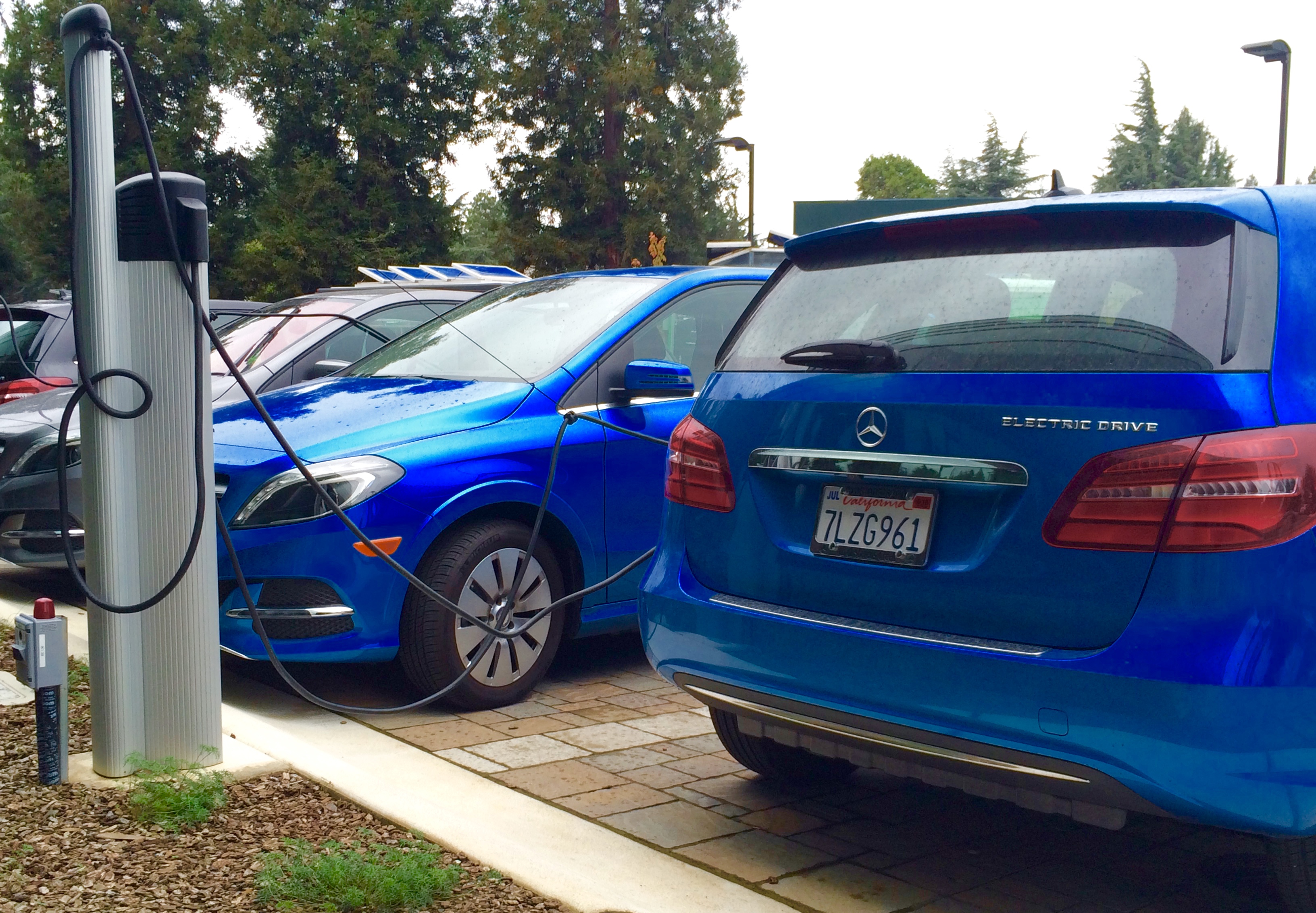 An underlying question for automotive companies, or prospective automotive companies, like Tesla, Apple and Google is how to power autonomous vehicles — yet another environmental inflection point in the push among sustainability advocates to increase efficiency and cut transportation emissions through the use of technology.

"We have not yet restricted or fully decided the powertrain of electric vehicles," Niestroj said.

Though Gern's team is currently developing autonomous vehicle prototypes independently from the company's electric vehicle team, he said that, "you can imagine that there’s a common goal" between self-driving and EVs, particularly with inner city traffic.

Christian Gerdes,  a professor of mechanical engineering at Stanford who has assisted Mercedes with autonomous vehicle research, noted that legality, safety and freedom of mobility — which don't always go hand in hand — will all be crucial to successfully bring self-driving cars to market.

From split-second decisions about mitigating the damage done in a collision to deciding how to program autonomous cars for operation alongside human-controlled cars that don't always obey speed limits, the ethical quandaries are numerous.

"All of these things are solvable, but it does point out that we need to have a good conversation about what these vehicles should do," Gerdes said. "The question really is how far should the responsibility extend?"