Why Microsoft gave sustainability a promotion

Sustainability has been kicked upstairs at Microsoft Corp., a promotion in terms of where it sits, to whom it reports, what it does and how it is viewed across the organization. And therein lies a hopeful tale for the entire sustainability profession.

But where Bernard reports isn’t as important as the growing visibility of sustainability at Microsoft, and its growing integration into the company. It’s a prime example of a trend we’re seeing at other leadership companies. 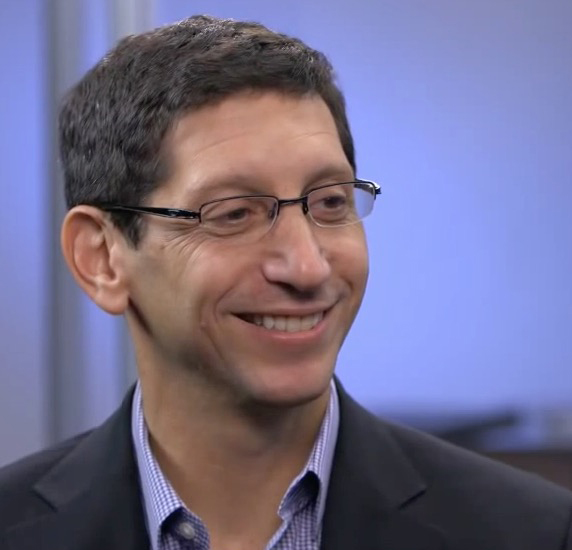 When Nadella named Smith as Microsoft’s president and chief legal officer in September, he noted in a company memo that he’d tasked Smith with leading the company’s efforts “to accelerate initiatives that are important to our mission and reputation such as privacy, security, accessibility, environmental sustainability and digital inclusion.”

For Bernard, who’d been leading the company’s environmental sustainability efforts since 2007, it was a pivotal moment. Suddenly, sustainability was part of the central organization, seen on a par with issues such as privacy and security — topics core to any technology company’s future. It was a time for Bernard and his team to take stock and step up their game.

"It’s an acceleration, amplification and prioritization of sustainability within the company," said Bernard. "It’s now a cross-company initiative that has a center of gravity in the president’s office."

Suddenly, sustainability was part of the central organization, seen on a par with issues such as privacy and security — topics core to any technology company’s future.

"We're taking a look at where we've been over the last six years on sustainability," Bernard told me recently. "And, more importantly, where we want to go." He quickly realized that with his newfound support his team needed to staff up in a few key areas. That’s led to a small hiring binge to build out the sustainability team, including last month luring Jim Hanna, director of environmental affairs at Starbucks since 2005, to become Microsoft’s director of data center sustainability. Several other hires are in the offing.

Bernard said that as a result of the changes and hires, "we’re accelerating our focus and commitment across three core areas of sustainability.”

1. Operations. This has been Bernard’s bread and butter for the past several years — a wide range of initiatives familiar to most sustainability executives, focusing on facilities, employee engagement, external relationships and other issues.

It also includes things that only recently have been on the agenda of some of his peers, such as the internal carbon tax Microsoft launched in 2012, when the company decided to adopt a carbon neutral strategy for its global data centers, offices, software development lab and company air travel. Microsoft was ahead of most of its peers on that, although others are following its lead.

CDP reported late last year that more than 1,000 companies disclosed in their 2015 reports to CDP that they either have implemented a price on carbon for internal decision making or they plan to do so in the next two years.

There's still more to do in addressing climate change, said Bernard. For example, "How do we source energy? We've done two big wind deals to date. I think you'll see the company continue to focus on these areas." That’s where Hanna likely will play a key role.

And others: "We're bringing in more energy people on our data center team who have direct impact and experience with either sourcing and managing energy deals or new energy creation," said Bernard.

We've done carbon offsets and projects in over 30 countries around the world. But have we really, really provided value to our customers and society?

"We're now thinking about carbon in a more proactive way," he added. "We've done carbon offsets and projects in over 30 countries around the world. But have we really, really provided value to our customers and society in those 30-plus markets? How do we think about embedding those things much more at the local level than maybe we've even done before?"

Beyond that, Bernard said, is new thinking within the company about how it sites facilities. "We're putting fairly large buildings on big pieces of property. Are we being as thoughtful as we possibly could be around the impact of where we're located?" He said part of the company’s next sustainability push — and its new hires — will be to broaden the company’s focus on such operational issues.

2. Customer solutions. Microsoft is eyeing opportunities to expand and accelerate the impact its technology can have on its customers. First and foremost are the technologies the company has used at its Redmond, Washington, campus to monitor and optimize buildings’ energy use and operations.

The short story, as we reported back in 2011: Microsoft, in partnership with Accenture and the Lawrence Berkeley National Laboratory, deployed smart building management systems on 2.6 million square feet of its corporate campus, which totals 125 buildings, 500 acres and 15 million square feet. Through energy management, alarm management and fault detection and diagnosis, the company saved more than $1 million a year in energy costs, with a payback time of less than 18 months. Microsoft later rolled it out to its entire Redmond campus. 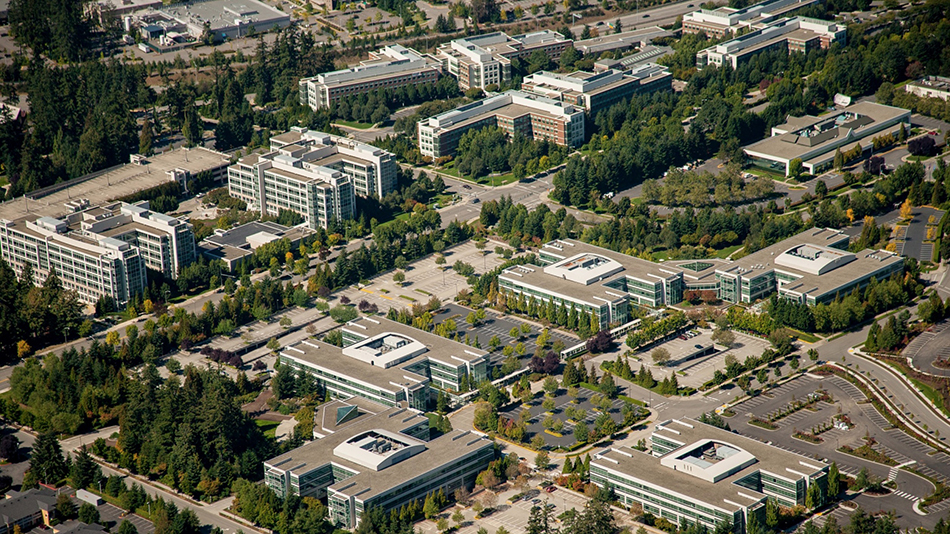 Up to that point, Microsoft had used disparate building management systems to manage 30,000 unconnected, sensor-enabled pieces of equipment. As Microsoft writer Jennifer Warnick described in 2013: "Imagine a symphony orchestra, but with every musician playing from different sheet music. Then, imagine trying to conduct that symphony — to make sure the music was on tempo, in key and starting and stopping as it should." It wasn't very harmonious, but today the instruments are in sync.

This more than just an exercise in facility efficiency. It was also an effort to demonstrate the potential of Microsoft products in real-world applications. The team developed the smart buildings software with the help of vendors using off-the-shelf Microsoft software such as Windows Azure, SQL Server and Microsoft Office.

The company’s principal partner in this effort, Iconics, went on to develop a line of business, eventually becoming a core part of Microsoft CityNext, a suite of services the company offers to help cities operate more efficiently. Microsoft, through that partnership, is rolling that out building efficiency services to public- and private-sector companies, both large and small, worldwide.

Said Bernard: "If we're effective and thoughtful and we experiment on ourselves and get it right, there's an opportunity work with our customers to grow revenue."

3. Energy and carbon policy: Microsoft is poised to have a more public presence on policy issues related to sustainability, said Bernard. This is long overdue — not just for Microsoft, but for the world’s biggest companies in general, which have largely stayed behind the scenes when it comes to advocating for progressive carbon and energy policy, especially in the United States.

"Our intention is to be more vocal on energy and carbon issues," said Bernard. "We're looking for people with deep policy expertise on environmental issues on carbon and energy and certainly beyond that."

To that end, the company is searching for a government affairs director, based in Washington, D.C., "to develop sustainability-based policy positions and to help drive communication of these policy positions," according to the job description. It includes working to "assure our positions align with Microsoft’s and our customers’ business and sustainability goals."

Clearly, not all  these initiatives are new (and some are quite old). But they are receiving increased attention from the C-suite, along with increased resources, as evidenced by sustainability's growing headcount and more strategic placement. Increasingly, they are being seen as core to the company’s strategy — and, presumably, to customers.

Of course, resources don’t always equate to impact. (If you want proof, take a look at the many sustainability execs who work small miracles with tiny teams and frayed-shoestring budgets.) Still, Microsoft's move is a clear acknowledgment of C-suite buy-in, and a signal both internally and externally about the company’s intentions.

It's all part of this issue of changing consciousness and behaviors at a rapid pace at a large scale.

And it’s part of a trend we’re seeing elsewhere: other tech companies such as Google, Apple and Amazon (the last of which has been ramping up its sustainability team to 40 or more people); consumer brands, such as McDonald’s (where Francesca DeBiase serves double-duty as chief supply chain and sustainability officer, and where CEO Steve Easterbrook seems attuned to sustainability issues); and Steelcase (where CEO Jim Keane seems to grasp the potential of sustainability overall, and the circular economy in particular, to create new revenue streams for the company). It's an encouraging sign that sustainability is firmly embedded within companies, and is seen as a platform for value creation.

Back at Microsoft, Bernard understands the potential before him, as well as the opportunity to engage a wider swath of the company — both to serve the company’s internal sustainability goals and to engage customers in both the public and private sectors.

"I’m super excited about the opportunities because I really think we're just starting to scratch the surface of the transformative capabilities of data and technology to reduce resource use at a massive scale," he said. "I think it's all part of changing consciousness and behaviors at a rapid pace at a large scale."

The State of Green Business 2021

Welcome to a new era of ESG and sustainable finance

How the Fed can save the earth