Why modeling is essential for Skanska's green building blueprint

Global construction firm Skanska made headlines in July when it quit the U.S. Chamber of Commerce. But its decision wasn't all that surprising, given its long legacy of advocating sustainable building design and construction.

"Because a few companies don't like the current LEED program, they want to involve the government and create an entire new system for government buildings," said Mike McNally, president and CEO of Skanska USA, in a company statement.

"This is exactly the kind of redundancy and bureaucracy that we pay the Chamber to fight. Rather than support its members, who continually innovate to create new products that straddle the line between responsible and profitable, the Chamber has chosen to support a group of businesses who care more about protecting the status quo." 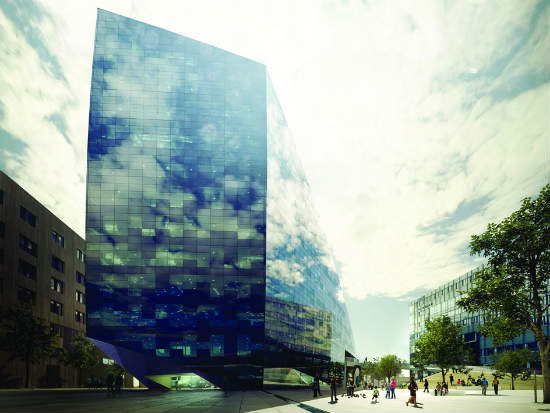 For Skanska, building green is systemic

Over the past decade, Skanska has constructed hundreds of green projects as part of its Deep Green commitment. These include the world's first LEED-certified airline terminal at Boston's Logan airport; the first Gold-certified hospital, the Providence Newberg Medical Center; and the first green-rated building in Poland. Skanska also acted on a series of retrofits that have transformed New York's iconic Empire State Building; its office there is LEED Platinum-certified.

Thinking green when it comes to design and construction isn't just the job of some elite Skanska practice. This discipline is built into virtually every project where the firm owns broad end-to-end design, construction and operational responsibilities, said Tiina Koppinen, business development director at Skanska.

At the center of that discipline is building information modeling (BIM), which allows project teams to create 3D representations of components and operational processes to test how they might fit together or run before construction begins.

"If we are able to fix the design in a virtual environment -- eliminating errors, checking schedules, materials -- then we are better able to complete the production without errors," Koppinen said.

Skanska actually started embracing BIM more than 10 years ago in Finland. It uses the technology as part of all residential and commercial development projects in which the firm is responsible for both design and construction, as well as for projects where the client has agreed to use this approach, she said. In short, it uses BIM wherever possible, not just when green design is the end goal.

Things get trickier if Skanska isn't part of the design phase. But if a project is particularly complicated, Skanska might apply BIM anyway, converting conventional designs into models so that it can better manage its suppliers and subcontractors. "It makes our life easier," Koppinen said. 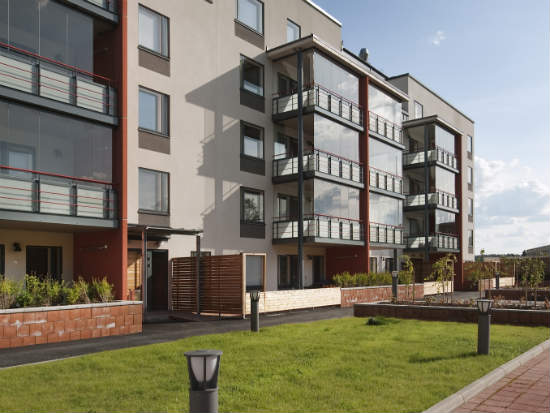 It shouldn't come as a surprise that BIM factored in the design of the company's own headquarters, Skanska House, to help optimize energy usage and design rainwater harvesting. "We are able to analyze more alternatives, which certainly results in being able to make more informed decisions," Koppinen said.

There are myriad benefits that BIM can bring to a construction project, but here are the three biggest ways in which it has had a positive impact for Skanska:

Better waste management – BIM enables companies to develop a more accurate estimate of the materials needed for projects. For specific evidence, consider the retrofit of the St. Bartholomew's and Royal London Hospitals in London being developed by a public-private consortium including Skanska. Using BIM, the group was able to reduce waste plasterboard by more than 44 tons, saving about $6,800 in disposal costs and reducing the number of deliveries to and from the site. Generally speaking, BIM projects send less waste to landfill than their counterparts, Koppinen said. 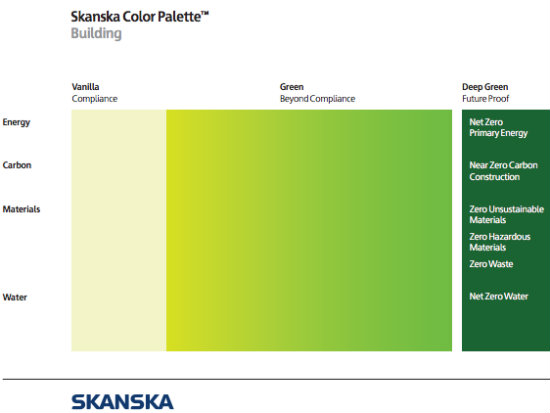 Improved energy efficiency – Skanska uses BIM to analyze the energy consumption scenarios associated with different design approaches. For example, it used BIM to determine that ground source heat pumps had the lowest lifecycle costs for its Harmalanranta residential development, one that was 25 percent lower than for district heating. BIM was also central to the design of Powerhouse, a collaboration involving Skanska, real estate company Entra Eiendom, architects Snohetta, environmental organization ZERO and aluminum company Hydro. The group is focused on creating energy-positive buildings in colder climates such as Norway. Using BIM, the group is focusing on low-energy consumption, hybrid ventilation approaches, solar power generation scenarios and the use of seawater heat pumps.

Informed facilities management – The Nya Karolinska Solna hospital in Sweden is Skanska's first project using BIM to optimize all aspects of facilities management. Aside from keeping costs down during the construction phase, the models will be used for the next 28 years by the hospital facilities to ensure that materials and fittings perform up to environmental expectations and as a guide for fine-tuning building operational processes.

BIM adoption reach 71 percent in North America in 2012, rising dramatically from 17 percent in 2007, according to data released in January by McGraw-Hill Construction. Factors for the increase include better profits, more accurate documentation, less rework and shorter project timelines.

"Over the next 10 years, building owners will demand every-increasing usage of BIM as a precondition, ushering in a new era of accuracy, quality and sophistication for the building industry," said Patrick MacLeamy, CEO of design firm HOK and chairman of buildingSMART International, about the McGraw-Hill research.

Where are they now? Catch up with 30 Under 30 alumni

Episode 226: Voices of the GreenBiz 30 Under 30, Stephen Ritz on food justice

To B or not to B? More tech companies should ask themselves that question