When it comes to environmental issues such as climate change, it often seems as if there’s no middle ground in America anymore. Politically polarized tribes on the far right and left do most of the talking, as they duke it out over seemingly irreconcilable views.

One camp argues that climate change is a hoax, ice caps are at record levels and wind turbines rather than fossil fuels are responsible for warming the planet. The other camp asserts that doomsday is upon us, as big business wages a war to destroy all humanity.

It’s all a big spectacle, and that is not helping the environmental cause.

Environmentalism in America has become less a matter of science and more a matter of ideology. Recent data shows just how entrenched in tribalism this nation has become. According to Pew, for instance, people’s views about climate science are more closely tied to their inherent political orientations than to any other variable — including age, gender or even scientific literacy.

In a country where ideology rules over reason, the real environmental crusade isn’t just about dredging up more data to affirm scientific consensus. Nor is it about bullying, scaring or angering people into action. Rather, this fight is about strategic communications and the art of persuasion. That means tipping the scales by reaching the right audience with the right message, at the right time.

Now is the time for the environmental movement to look past the factions on the right side and left. Liberals and autocrats may be on the march, but moderates are on the rise, and they could be the key to tipping the scales on critical issues such as climate change.

Now is the time for the environmental movement to look past the factions on the right side and left.

According to research from Third Way, moderates represent more than a third of all American voters, with an increasing amount of political clout. These dissenters of the left-right paradigm skew young, educated and diverse, with a 44 percent plurality of Hispanic and nonwhite voters, and 42 percent qualifying as millennials.

Moderates, according to the poll, are politically well-informed, yet they are turned off by divisive political rhetoric. "They worry about a ‘My way or the highway’ approach to politics," said Third Way. "The devolving nature of political discourse is having some effect, with 62 percent of moderates saying they actively avoid political discussions because of divisiveness."

Moderates are a crucial audience for the environmental movement because they see many sides of complex issues and actively seek compromise. For instance, on energy policy, while three-quarters support exploring additional oil and gas reserves in the United States, 90 percent also think we ought to invest more in the development of renewable energy sources such as solar and wind. At the same time, eight out of 10 moderates say they don’t find it difficult to discuss political issues with someone who disagrees with them. In other words, they remain significantly more open-minded than their right- or left-leaning counterparts.

This data begins to paint a clearer picture of a new target profile for the environmental movement. Moderates are not the ones claiming to be right or righteous. Nor are they necessarily protesting in the streets. Instead, they are the ones quietly thinking through both sides of complex arguments, while refusing to be pigeonholed into an ideological box.

While changing the minds of staunch conservatives on key environmental issues may prove an impossible task, better resonating with moderates is achievable, given the right approach. And that could represent the greatest strategic opportunity for tipping the scales to the pro-environment side of today’s political spectrum. The more moderates embrace climate action, the less wind in anti-climate sails.

It comes down to basic math. If 25 percent of voters are liberal and inherently pro-environment, then environmentalists must sway 25.1 percent more voters to win.

To seize the opportunity and better engage moderates, environmentalists ought to think through both sides of their arguments and recognize their own deficiencies.

To seize the opportunity and better engage moderates, environmentalists ought to think through both sides of their arguments and recognize their own deficiencies. They should turn down the outrage and fear-based messaging, which clearly alienates moderates, and turn up the emotive human stories that more people can relate to. Environmentalists also must recognize that while data and facts are critical, they are simply not enough to win over moderate hearts and minds.

Recent campaigns from AARP and Unite America demonstrate how to resonate effectively with moderates. By promoting "kitchen table conversations" between like-minded voters, and sharing meaningful stories that tap into personal values such as health, safety and security, these groups prove an important point. 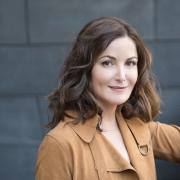 See all by Christine Arena