Why Motown is poised to come roaring back

The storied Motor City drove itself into a ditch. Can a new mayor and a seemingly unstoppable can-do spirit become a model for how to retrofit a city as a hotbed of sustainability?

I’ve seen the future, and it is Detroit.

That statement may seem audacious for anyone who’s read about or visited the city recently. The storied epicenter of the automotive world — America’s richest city just a half-century ago — has traveled a bumpy road for decades. Since the turn of the century it suffered the financial default of General Motors and Chrysler, the exodus of tens of thousands of residents and businesses, inept or corrupt city officials, exploding debt, a declining tax base and, in 2013, the nation’s largest municipal bankruptcy.

So, why am I hopeful? There are hundreds of initiatives, from tiny startups to massive public-private partnerships, aimed at jump-starting the beleaguered city and putting Detroit squarely on the road to recovery — not as its former industrial self, but as a hub of innovation. It is a model for how to retrofit a city as a hotbed of sustainability — economic, social and environmental.

That’s my conclusion from a recent visit there to speak at Powering Progress Together, a daylong forum convened by Shell Oil, part of a series the energy company has produced to highlight the nexus of people, mobility and technology in cities. (I also spoke at a similar forum two years ago, in Houston.)

The Detroit event brought together 250 or so business, civic and nonprofit leaders to discuss how the combination of technology, social innovation and government leadership can effectively address sustainability challenges in cities.

This isn’t just academic. Shell Oil Co. president Marvin Odum pointed out that by mid-century, the world will be adding the population equivalent of two new Detroits every week, 75 percent in urban areas. How we build new cities — and retrofit old ones — will influence how people live in a growing, evolving and adapting world.

Detroit was the perfect canvas to paint a portrait of what’s possible.

“A lot of big changes are happening,” Dan Kinkead, director of projects at Detroit Future City, told me during an interview in his office in the city’s New Center neighborhood, a few hundred feet from the historic Fisher Building and the former General Motors headquarters.

Kinkead’s organization is at the forefront of where Detroit is going. Funded by the city’s indigenous foundation community and working closely with city officials, it is one of the largest civic engagement projects in the United States, involving hundreds of meetings and 163,000 “interactions” — survey respondents, conversations and the like — as part of a multi-year planning process. 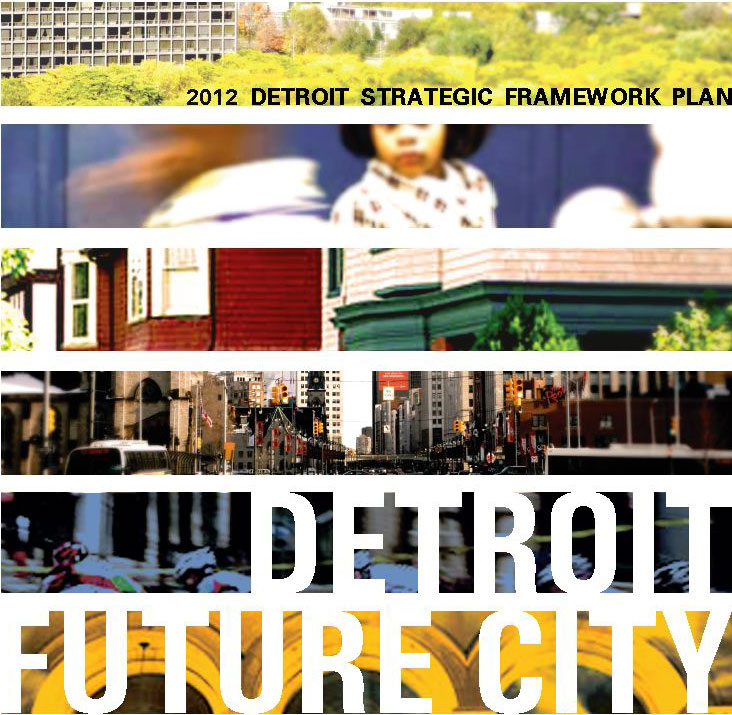 In 2013, informed by all that public input, the group published a strategic framework — “an integrated approach to transforming the city and its neighborhoods.” It aims to balance land use, the city’s existing infrastructure, its network of neighborhoods, its existing building stock and the capacity of its civic organizations and government — all while spurring jobs and economic growth.

“The idea was that we weren't there to make decisions for people or tell people what to do in the typical way you see a master plan, but rather to provide the frame through which people can make decisions,” says Kinkead.

It’s a hat trick, to be sure. And less-hobbled cities have stumbled trying to address all these things amid a diverse and unruly group of stakeholders.

But Detroit has several things working in its favor.

One is Mike Duggan, who became the city’s mayor last year. The affable mayor — a former prosecutor and healthcare business executive, and the first white mayor of the majority-black city since the early 1970s — has been juggling the basics of keeping the lights on with the more aspirational goals of growing the city’s economy.

“I’m trying to get the buses to run on time and the street lights to come on, and the ambulances to come, and I think we’re making progress,” he told the Shell audience.

Beyond that, Duggan seems to be using every tool at his disposal to lure business back, leveraging a network of business and foundation connections he’s built over his career. Among his goals: “to encourage more people, especially young people, to live in town.”

On the right track

The business community seems to be stepping up. Former racecar driver and billionaire Roger S. Penske — owner of the auto racing team Team Penske, the Penske Corporation and other auto-related businesses — led a consortium of business people that raised $1 billion to build the M-1, a three-mile streetcar system down Woodward Avenue, connecting the riverfront, downtown and the New Center-Midtown areas. (Duggan, when he was in the private sector, was another sponsor.)

It’s the first urban rail transit line in the United States to be built and operated by a private, nonprofit organization, with most of the funding coming from private investors and foundations. In addition to Penske are Quicken Loans founder and chairman Dan Gilbert and Compuware founder Peter Karmanos.

It’s quickly become a development magnet: Nearly all of the buildings along the M-1 corridor are being renovated and there’s a six- to eight-month waitlist for some of the condos being built.

The mayor isn’t letting anyone leave town, cajoling companies thinking of moving out of Detroit. A few weeks ago, for example, he convinced a major bank to scrap plans to consolidate its operations in the suburbs. Instead, it will consolidate them downtown, a net gain of 800 jobs for the mayor and his city.

One high-leverage plan is Eastern Market, which dates to 1891 but is being revitalized and expanded to become a food-economy hub, with wholesale firms utilizing new, district-sponsored kitchens to prepare products for resale. 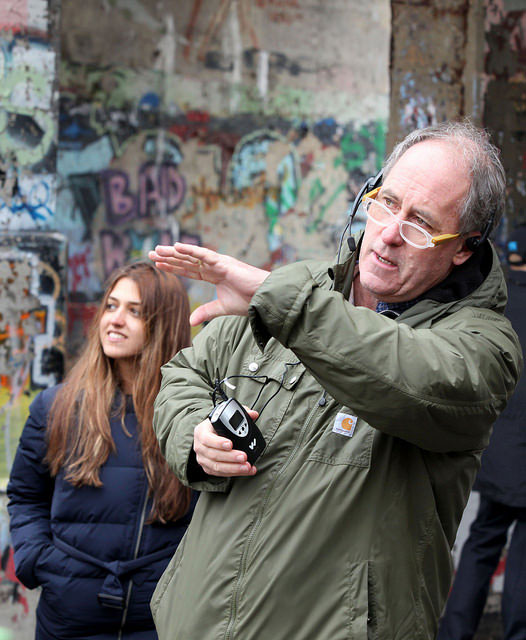 Dan Carmody, president of Eastern Market Corp. since 2007, who previously headed the Downtown Improvement District in Ft. Wayne, Ind., has taken on the role of economic development for the Eastern Market neighborhood. It’s a good fit: In addition to his background in city planning, Carmody once worked in a Kraft Foods factory.

On an “Urban Tour” that preceded the Shell event, Carmody offered a detailed vision of the market as “the most inclusive, resilient food hub in America,” addressing food access, nutrition education, economic development, workforce training, job creation, community development and more. It’s a multi-layered, multigenerational view of the urban food movement and how it could become Detroit’s next big industry.

The Detroit Future City plan calls for increased investment in Eastern Market due to its huge potential for jobs and economic growth. Under Carmody’s watch, more than $80 million will have been invested by the end of next year, including new sidewalks, sheds, streets, parking lots and garages, and new kitchens for food startups to test and create their wares.

It’s not just large institutions like Eastern Market; it’s also scrappy social entrepreneurs like Tyson Gersh, the twentysomething, preternaturally optimistic cofounder and president of the Michigan Urban Farming Initiative. The nonprofit group’s goal: to address the issue urban decay, hunger and food insecurity by educating Detroiters about healthy eating and how to grow and maintain their own food.

During our Urban Tour, Gersh showed us some of his group’s handiwork, as well as its plans. We walked past what could have been the poster image for urban blight, a burned-out house sitting forlornly between two withering trees.

But just behind the house was a plot of land where volunteers had produced 25,000 head of lettuce over two growing seasons — a bounty rising like a phoenix from the ashes.

It might just be the best metaphor for Detroit’s next incarnation.