Sometimes, good news points to a larger truth. In New York, the good news I’m referring to, announced Nov. 12, is that two upstate communities will become homes to a 78-megawatt wind power project by 2017. Each project will create 200 jobs during construction, along with eight to 10 permanent jobs in operations. Each will provide lease payments to land owners and support local communities. And each will provide enough pollution-free electricity to power more than 25,000 homes. “Through these and other innovative energy projects supported by the state, we are developing a more sustainable mechanism for delivering cleaner, more reliable and resilient energy,” New York Gov. Andrew Cuomo said about the two projects.

And, the greater truth: New York’s renewable energy standard, which provides the support Cuomo alluded to in his comments, has been central to the development of virtually all clean energy projects developed in the Empire State. So central has it been, in fact, that if not for the funding the standard provides, said Erin Bowser of EDP Renewables North America LLC, developer of the new wind-power projects in Chautauqua and Franklin counties, “we wouldn’t be building these projects.”

That standard, technically called the Renewable Portfolio Standard, is set to expire next year. As the governor and his energy team pursue their two-pronged Reforming the Energy Vision and Clean Energy Fund proposal to succeed it, they should be sure to build on this current, successful foundation. The $5 billion Clean Energy Fund proposal would spur clean energy investments over the next 10 years by supporting NY-Sun, the NY Green Bank and other programs to facilitate the deployment of energy efficiency and innovative clean technologies.

But the state must provide that same certainty for utility-scale renewable projects if we want to sustain the momentum generated to date.

In fact, to continue New York’s national clean energy leadership, to help further drive down the already plummeting costs of wind and solar power and to meet New York’s commitments to cut carbon emissions by 50 percent by 2030 and 80 percent by 2050, the state shouldn’t just invest $5 billion over the next 10 years. It should commit to getting 50 percent of its energy from pollution-free sources — such as wind and solar power — by 2025.

Moreover, the Long Island Power Authority, administratively exempt from the RPS to date, can contribute to the RPS’s successes and bring more of the RPS’s advantages to its part of the state. After all, Long Island accounts for nearly 20 percent of New York’s electricity demand. And it shouldn’t be denied the new jobs, energy-cost cuts, cleaner air and reduced carbon pollution the RPS helps deliver. 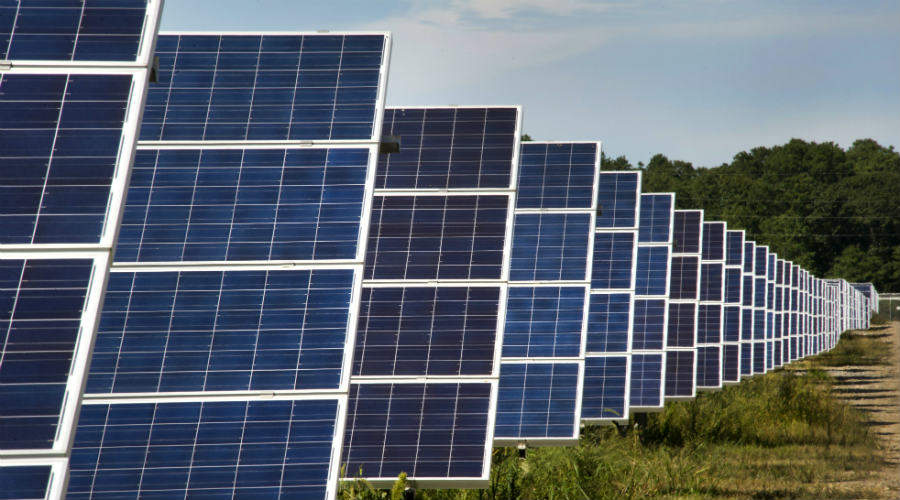 Long Island Power Authority is exempt from the RSP, but it did partner with other organizations to build the Long Island Solar Farm.

Bottom line: We can all work together to hammer out the precise mechanics of the program — whether those involve utility obligations to contract with renewable projects (as has been proposed in the REV proceeding), a continued central procurement process through NYSERDA or some hybrid of the two. What’s most important in maintaining the clean-energy momentum that New York has generated over the last 10 years is a clear commitment from the governor that New York means business and will commit to a 50 percent by 2025 RPS.

In doing so, Cuomo will provide the necessary market certainty that clean-energy developers and related businesses need to bring and grow their businesses in New York. Consider this example: Cuomo’s NY-Sun Initiative, which will be supported by the Clean Energy Fund proposal from NYSERDA, commits nearly $1 billion in competitive solar incentives over the next 10 years. Thanks in large part to NY-Sun and the fast-growing New York solar market it’s helped create, solar developer Solar City is building a huge manufacturing facility in Buffalo and plans a separate research and development program in New York state, too.

Still, we can achieve much more, especially if the state offers the same kind of certainty to all post-2015 clean energy projects that it has to solar through NY-Sun. Wind power provides a prime example. New York has 1,732 megawatts of onshore wind power installed, enough to power almost 500,000 homes. That’s an impressive example of the RPS at work. But New York has such good wind power resources that if the state provides developers with the certainty and incentives they need, it has the potential to install more than 25,000 megawatts, enough to power more than 7 million homes.

REV should work with the RPS, not replace it

The market innovations the governor seeks to introduce through his Clean Energy Fund and Reforming the Energy Vision proposals are important. But, to mix a few metaphors here, these ambitious and transformative policies need some training wheels, some balancing supports before they can ride, upright and consistently, on their own. An extended RPS that includes firm support for large-scale renewable energy projects can function as those training wheels. At the same time, it can evolve to drive down costs over time through competition — thereby maximizing economic benefits to consumers and creating significant pollution reductions.

Such reductions are all the more important as the state moves to meet EPA’s Clean Power Plan requirements to reduce carbon emissions from power plants. A 50-by-’25 RPS can provide New York with the benefits of more projects, such as Chautauqua and Franklin counties' wind power installations, for many years to come.

I was born and raised on my family’s farm in Kentucky and have been raising racehorses all my life. I know a winner when I see one. New York’s track record on the RPS is clear; it’s time to double down.

Offshore wind is gearing up for liftoff