Why not all packaging deserves a bad wrap

Consider the following sayings: “Don’t judge a book by its cover,” “Good things come in small packages,” “Think outside the box” — what’s the common thread?

Okay, perhaps I’m being a bit too reductive, but it still stands to reason that, even though thinking outside the box is crucial in modern business, thinking about the box is also quite important. How was it made? Who made it? Where will it wind up after being used?

Consumers are beginning to ask these questions with increasing urgency, and with good reason: According to the EPA, containers and packaging made up the largest portion of municipal solid waste generated in 2010, 48 percent of which was recycled. Additionally, half of the participants in a 2011 study done by Perception Research Services (PRS) said that they were willing to pay more for eco-friendly packaging. Furthermore, a March 2012 Nielsen study showed that recycling was the most important environmental aspect of a product across both genders and all age groups.

With consumer awareness on the rise and traditional resource availability in decline, I believe that a sustainable business model will be the only successful business model in the not-too-distant future. Take Coca-Cola’s new PlantBottle, for example. Up to 30 percent plant-based and 100 percent recyclable, the PlantBottle boasts a reduced ecological footprint without sacrificing functionality or performance. Additionally, initiatives in sustainability have been shown to substantially improve brand equity and forge strong ties with consumers.

Packaging image by Mattalia via Shutterstock.

Let’s back up for a moment. What exactly do I mean when I say “sustainability”? Expressions like “eco-friendly” and “going green” have certainly made their presence felt, even on a day-to-day basis, but they have been applied to such a wide range of products and practices that their definitions have become a bit ambiguous. For me, sustainability has always been just as much a process as it is a quality; it entails the entire life cycle and supply chain of a product, which I believe should be cyclical and not a linear straightaway to the landfill (i.e. cradle-to-cradle, not cradle-to-grave).

For others, however, the definition remains unclear; in the aforementioned PRS study, a full fifth of the shoppers polled complained of packaging that lacked both enough content and clarity regarding environmental information. Judging a book by its cover doesn’t seem so unreasonable now, does it?

By conceptualizing sustainability as a process rather than simply as a fixed value, you can broaden your (and your consumers’) perspective of a given product. To put it bluntly, pulling information from every aspect of your product -- from gathering raw materials to production to post-consumption -- will facilitate creating a clear and comprehensive sustainability statement to satisfy your customers - not to mention attract new ones. One in four of the PRS study participants admitted to having switched brands for more eco-friendly packaging. Want to attractive new costumers, don’t tell consumers that your product is eco-friendly, tell them why it is eco-friendly.

Sustainability is a multifaceted attribute, to be certain, and it benefits a multiplicity of parties, but is it realistic to give it this much precedence?

Of course it is. In fact, it would be unrealistic not to. A good business will consider the short-term implications of its actions; a great business will also plan ahead. Products and profits are of obvious significance, but the process of generating them is also crucial. And as far as waste disposal goes, well…

The next time you see an empty box or a discarded wrapper, don’t just walk on by. Instead, pick it up and ask yourself not only where it came from, but also where it can go. I believe that waste can go a long way with the right mindset and the right opportunity.

This column originally ran on Packaging Digest and is reprinted with permission. 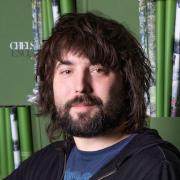 Reusable packaging in the time of COVID-19

Durability and reusability are at the heart of circular packaging

Walking the talk with custom waste solutions for trade conferences

How to outsmart waste

See all by Tom Szaky