[Editor's note: This post originally appeared on the blog maintained by Senior GreenBiz Contributor Marc Gunther and is reprinted with permission.]

Today’s guest post comes from Sanjeev Chadha, the chairman and CEO of PepsiCo India. Chadha joined the company in 1989 as part of the team that brought Pepsi products to India and while the brands are doing well, they have been controversial because of their impact on water in a country where water shortages are an issue. Here he writes about how PepsiCo has responded to the expectations of Indian citizens -- by both reducing its own water use and helping communities do a better job of gathering and storing water, to the point where PepsiCo now says it has a “positive water balance” in India, a global first for the company.

Images from space illustrate an Earth plentiful with vast blue oceans, seemingly providing our world with an endless supply of this necessary resource. What the pictures don’t show are the millions of people with no access to a clean water supply. Water shortage is a global crisis.

{related_content}In my home country of India, a lack of fresh water supply has long been an issue among all classes of society. Our consumers range from urban businesspeople to farmers in the countryside. All Indians are acutely aware of the fallout of long-standing issues -- from heavy farming and pesticide use to poor sewage treatment and industrial pollution -- that impact the nation’s lack of fresh water. As a nation steeped in agriculture, water is of particular concern to farmers, who understand that we need to immediately find better ways to conserve water.

The company I work for, PepsiCo, takes these issues very seriously and is actively making a difference. Not so long ago, environmental activists in India targeted PepsiCo and other beverage companies operating in India for consuming excessive groundwater in local communities. As you can imagine, our executives were surprised by these accusations, as we work to employ safe water and bottling practices in PepsiCo facilities around the world. In response, we continued to improve efforts to reduce water use in our plants and took additional action to provide local communities with the clean water they need.

In 2003, we took this a step further. We launched a country-wide effort to achieve a Positive Water Balance in India by 2009. Essentially, this means that for all water used in our manufacturing process, we would give the same amount of water back to local communities, through in-plant processes to reduce our water use, as well as programs and interventions to create greater freshwater access in local areas. You can learn more about Positive Water Balance from the World Business Council for Sustainable Development.

We also recognized the need for on-the-ground action in these communities. Replenishing water supplies only partially solves the problem; villagers also need tools to better manage these expanded water resources. It’s an important part of our role to invest in and aid our neighbors. And at PepsiCo’s facilities in India, we saw an opportunity to better manage water resources in these areas by working directly with community members.

After assessing several areas near our beverage manufacturing locations,  we determined that the creation of check-dams would be the best way to manage and rejuvenate the water supply. As an example, in Paithan we worked with the local Panchayat (municipality), as well as community members – mostly women – in planning and executing the project. This was key, as they assumed ownership of the maintenance of the 13 check-dams, or Water Harvesting Structures.

At the project’s start, we expected that our efforts would bring economic benefits to farmers through increased crop yields. It turned out we were right. Not only have water levels significantly risen throughout Paithan, but also old, dry wells are no longer barren. Neither are the vast fields, which are now teeming with crops. In fact, in just three months following implementation, farmers began earning as much as an incremental Rs.6,000 an acre per month. 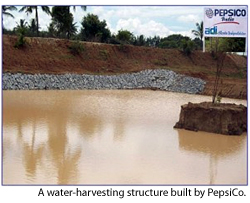 In the developing world, these types of localized efforts serve as a successful model for addressing a variety of sustainability issues, not limited to clean water access. As a global business executive, I’ve learned that in India and other developing countries, we essentially must fend for neighbors and surrounding communities.

In the West, it’s much easier to access technology and other resources necessary to address water scarcity, environmental degradation and so forth. But these are not local issues; they affect us all. It’s therefore vital for countries to collaborate, in terms of sharing technologies and creating solutions. The strides we’ve made in India are only the beginning.

Businesses around the world realize the urgency of this global water crisis and are finding solutions to provide greater access to clean water. PepsiCo recently announced its global water goals, which include working to provide access to safe water to three million people in developing countries by 2015 and continuously striving for positive water balance in company operations in water-distressed areas. We have formed partnerships with such groups as Water.org, Safe Water Network, TERI, China Women’s Development Foundation and the Earth Institute to support the goal of the PepsiCo Foundation to provide access to safe water and sanitation to one million people. For more information about PepsiCo’s global water initiatives, click here.

As the water crisis continues to bubble up, companies and organizations around the world are working in harmony to ensure all people maintain the human right to water. I am confident that our on-the-ground efforts, such as the creation of check-dams in Indian communities, in addition to our more efficient operations and partnerships, will bring positive change and let water flow, clean and pure. Let collective action among businesses, governments and communities be the linchpin that secures the water we each need to thrive and survive. 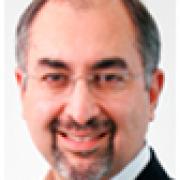 See all by Sanjeev Chadha