Why PG&E, National Grid and Enel are charging up to power EVs

While that number might sound modest, it actually represents a huge increase in capacity compared with what’s available — an estimated 16,000 public stations as of the middle of 2017, with a capacity of 43,000 connectors. For perspective, roughly 112,000 gas stations are across the United States. So range anxiety for EVs (at least when it comes to traveling state-to-state) is still a legitimate concern even though battery sizes are on the rise.

The auto industry long has pointed to that dearth of EV charging infrastructure available in public locations as one reason relatively few EVS are on the road — maybe 8.5 million by 2020, according to estimates from Navigant Research.

But that roadblock soon may be surmounted. The emergence of the Electrify America program, which will invest more than $2 billion in zero emission vehicle infrastructure and education by 2027, has galvanized interest. Its focus is on 17 metro areas including Boston, Houston, Miami, New York and Raleigh, North Carolina. And over the past 12 months, a growing number of forward-thinking U.S. utilities have proposed solutions in the shape of incentive programs that encourage more installations in places such as parking garages, schools, parks, corporate campuses and multi-tenant residential developments (especially in urban areas).

In 2017 alone, proposals were submitted in 12 states and the District of Columbia. Most center on Level 2 technology, which requires a 240-volt outlet and can add about 100 miles of range to a plug-in EV in about four hours. Fast chargers can recharge a battery more quickly, sometimes in less than 30 minutes. It’s the sort of approach that Tesla is advocating with its Supercharger, nearing 1,200 stations and counting.

California is ground zero for much of the activity — after all, more than half of the EVs sold in the United States are in the Golden State. But Massachusetts has budgeted a whopping $45 million (more than California) through a program with Eversource, and proposals are pending in Arizona, Delaware, D.C., Florida, Oregon and Rhode Island. Even though rate-based proposals in Missouri and Michigan were denied, you also can find EV charging initiatives in some rather unlikely places, including Idaho, Oklahoma and Utah. And, in early 2018, Maryland utilities proposed a 24,000-station buildout that would be second only to the one in California.

While many of these U.S. programs are still nascent, we can learn much about the strategy behind them from Enel, which already installed at least 5,000 charging stations in Argentina, Chile, Colombia, Greece, Italy, Romania and Spain.

The company is making a substantial bet on EV charging networks: In October, it bought eMotorWerks, a U.S. startup that makes an equipment line called JuiceBox. The technology behind the stations allows them to be remotely controlled and aggregated for "grid balancing" purposes. So, for example, a site owner could schedule the network to charge connected vehicles during times when renewable energy is most abundant. The stations include an energy storage component.

Most of Enel’s initial installations in Italy, its home country and its first big EV infrastructure battleground, will be in urban areas. "Italy is a country of many cities, so 80 percent will be in cities, because especially at the beginning we see major development of electric mobility in urban, because it is convenient from an economic point of view," said Alberto Piglia, head of e-mobility at Enel X. "The autonomy of the cars you have is more than enough to do your trips around the town." 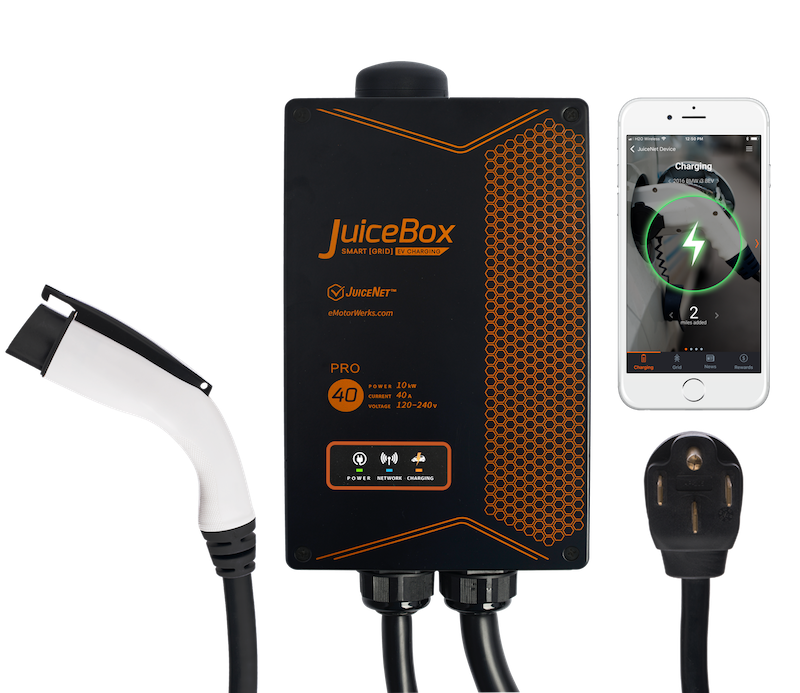 Many of these installations will be in "points of interest," where people already congregate or are likely to do so. That will help connect cities.

One of Enel’s big mobility accounts is Conad, which operates one of the largest supermarket chains in Italy. By the end of 2018, more than 300 of its stores will offer EV infrastructure. "This is a point of interest because they are in places where people go or anyway they are destination places for people to go in, so they go there, and while you do the shopping, you’re going to the mall because sometimes they’re also there, and you are then able to charge," Piglia said.

Enel is building new services around its EV charging infrastructure investments including new charging services, an EV charging integration and installation service for those that want to put stations on their location, and demand response services that leverage the eMotorWerks technology for better demand response or balancing of integrated renewable energy resources.

So for the utilities, the appeal is obviously multifaceted. Not only does the electricity required by charging infrastructure represent a potential new revenue source — essentially, the "fuel" for this emerging form of transportation — the installations could help act as a balancing mechanism by drawing power during non-peak periods. And, as is the case with Enel, utilities could make money from EV charging infrastructure installation and management services.

For businesses and civic planners, EV charging infrastructure could serve both as a goodwill gesture that improves transportation services and become the foundation for new revenue-generating services.

"While current technology can’t export power back to the grid, it does act as a valve that serves to manage it," said David Almeida, manager at PG&E, which is investing heavily in EV charging programs. "The commission sees that not only are EVs important from a climate perspective, but they are important from a balancing perspective, as well."

PG&E was approved to install up to 7,500 Level 2 stations, and it is developing four pilot projects that will see the utility help install infrastructure at apartment buildings, condominiums and workplaces across Northern and Central California. Three have an explicit focus on non-residential applications: transit fleets; school buses; and heavy-duty delivery vehicles.

While current technology can’t export power back to the grid, it does act as a valve that serves to manage it.

About 15 percent of the chargers eventually will be installed in communities affected by disproportionately high pollution and poverty rates, Almeida said.

British-born National Grid, which has big plans for EV charging in the United Kingdom, is planning EV charging rollouts in Massachusetts (where it has proposed investing in 1,200 ports), New York (300 to 400 stations) and Rhode Island. It already has about 150 stations in place.

The utility is using those locations to collect data on charging trends at midsize to large businesses, to help guide companies about investments and what it takes to "host" a station, and to study how to accommodate the influx of new loads from fast-charging technology, said Carlos Nouel, vice president of new energy solutions for National Grid.

"One challenge is the amount of energy they draw in a short amount of time," he said. Even Level 2 equipment could require a considerable upgrade of the power conduit serving a site, which is one common obstacle keeping more organizations from getting into gear with installations.

Hosts with the most

Like other utilities interviewed for this story, National Grid is encouraging charging equipment hosts to lay the conduit and wiring required for multiport commitments even if all the ports are connected to start. "Customers are coming to us and saying they need to have these charging stations, but this remains one of the biggest hurdles," Nouel said.

PG&E also has embraced a strategy that encourages building owners and other potential site hosts to think long term. It will encourage at least 10 ports at each site, Almeida said. The California utility’s EV Charge Network program will support about 60 percent to 80 percent of the total expense of building out a site — from transformer to plug to all the equipment in between.

That multiport approach should appeal to businesses encouraging their employees to embrace less carbon-intensive commuting alternatives and beginning the quest to transition their own delivery and service fleet to electric alternatives. 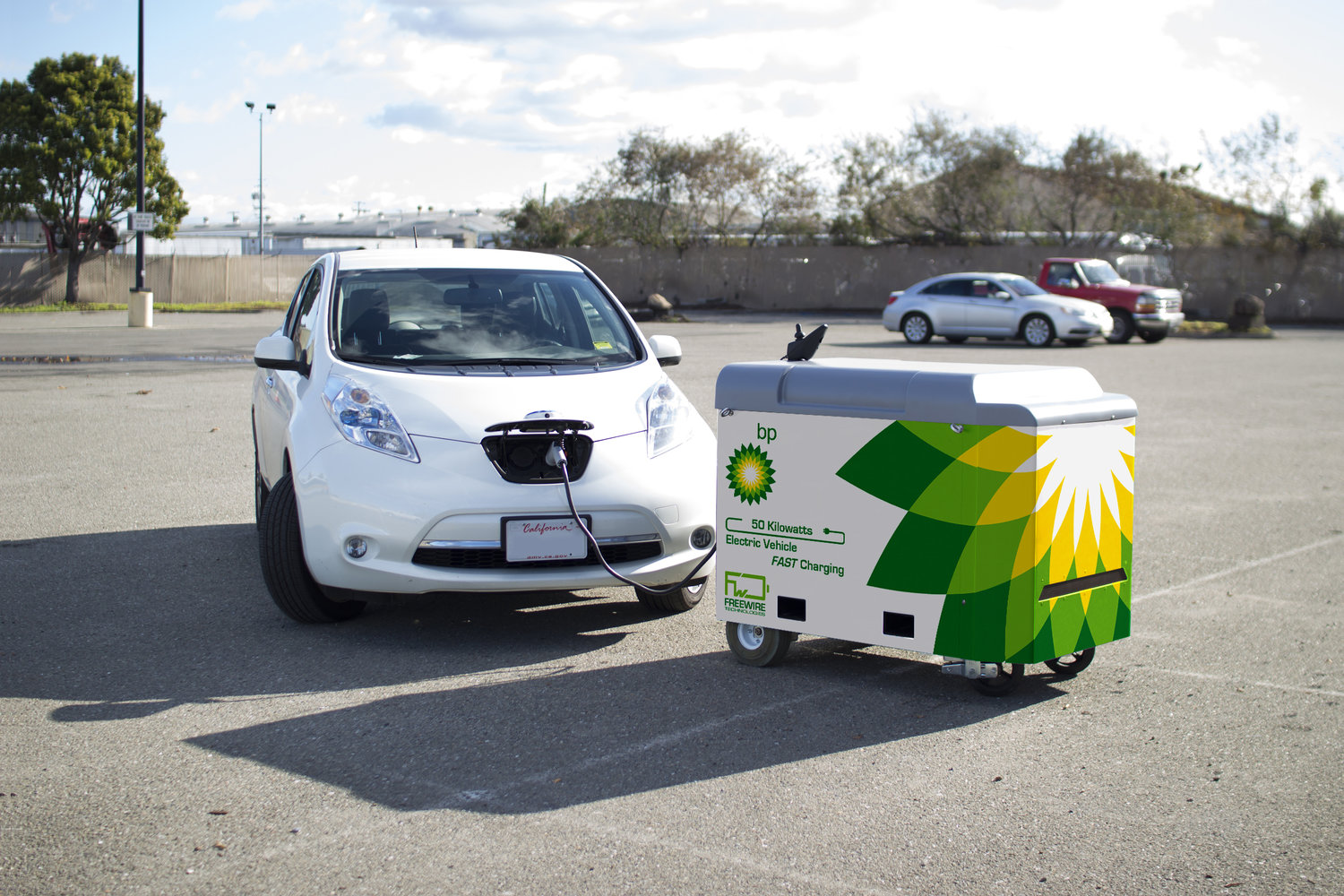 FreeWire Technologies, which provides a "mobile" EV charging station, has worked closely with at least five utilities including Hawaiian Electric to help its early customers, which include both cities and companies, test where the equipment makes most sense. One investor is BP, which is looking at ways to add EV charging services at existing gas stations more quickly.

FreeWire’s value proposition is that it helps organizations offer EV charging without laying down conduit and dealing with constructing and permitting headaches, said FreeWire co-founder and CEO Arcady Sosinov.  "We’ll need to support electrification beyond the traditional electric grid," he said.

Utilities are the most logical candidates to support this transition, and "intuitively" are the ones that should fund this because they stand to benefit substantially from the heightened power demand that EVs eventually will create, according to Sosinov. Right now, however, businesses represent the startup’s largest customer set that have predictable demand. Its marquee customer is LinkedIn, which started testing the technology back in July 2015.

EV charging management company EV Connect, selected as one of the equipment providers for PG&E’s program, has seen a substantial increase in utility interest over the past year. The company is managing about 2,000 ports but has at least four times that amount in its installation pipeline, said Brad Juhasz, vice president of technology and product management.

"This is an enormous growth opportunity for utilities. Think of these as new age gas stations," he said.

EV Connect’s corporate clients include Hertz, Taco Bell, Marriott, Western Digital and Yahoo. Among other things, its service helps organizations control when vehicles are charging and optimize the power draw as ports fill up.

Utilities could play an important role in preparing multi-dwelling buildings and other hard-to-reach locations to support EVs, observed Dave Packard, vice president of utility solutions for ChargePoint, a provider of EV charging technologies. In some cases, utilities might own the network and offer charging services under a subscription model.

Packard likens ChargePoint to the "Airbnb of the EV charging network." It doesn’t actually own the stations; it provides the software and communications services that help site operators or owners to manage who is charging, when they are charging and what it costs.

Much of the activity in the United States is where you would expect — on the West Coast and the Northeast. But other players, such as Duke Energy and Kansas City Power & Light, are stepping in. "It feels like a pressure cook about to explode," Packard said.